When Will Philly’s Food Hall Bubble Pop?
Subscribe
Follow
I'm a scraper
This search result is here to prevent scraping

Philly’s in the midst of a food hall boom — but how many can a city really sustain? 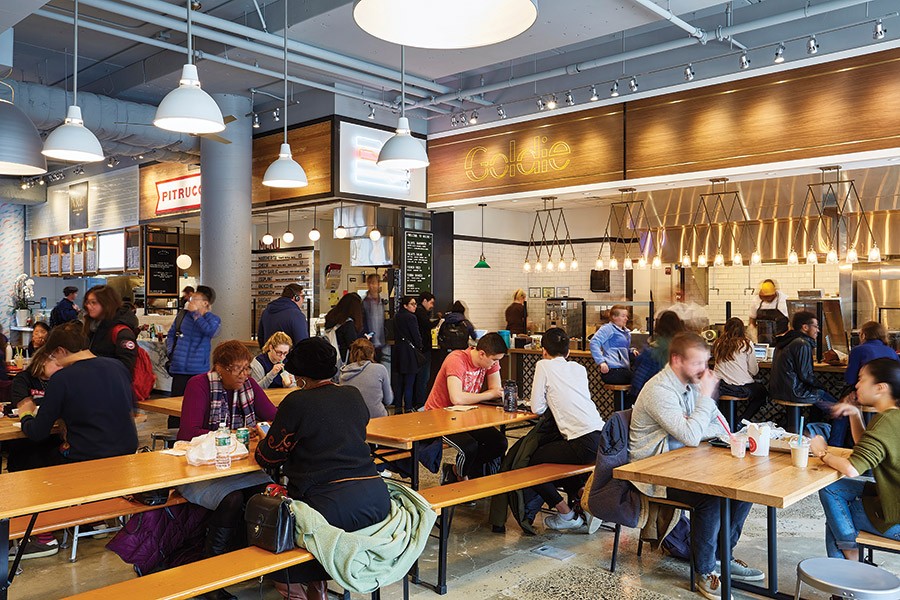 Franklin’s Table on Penn’s campus. Photograph by Will Figg

You can learn a lot about a city by navigating the stalls of its major food halls — by spooning your way through bowls of cioppino at the Ferry Building in San Francisco and twirling cacio e pepe at a pasta class inside New York’s Eataly. In Philly, our appetites and interests are on full display at Reading Terminal Market, the country’s O.G. public market. Despite celebrating its 125th birthday this year, Reading Terminal seems impervious to time and wear, remaining unflappably devoted to our regional tastes while also being hip to our ever-evolving palate.

There will never be anything like RTM. But that isn’t stopping a bunch of wannabes from trying.

The food hall concept has gained some real momentum of late, both in Philly and beyond. According to a Wall Street Journal article, the number of food halls in America grew by 37 percent in 2016 alone. By 2019, the total is expected to double. And of course it will. Food-topias filled with big chefs and local vendors peddling craft fast food? It’s an irresistible concept to real estate developers on the prowl for the latest and greatest amenities. For chefs and owners who are established, it’s a highly trafficked burn-and-turn, brand-expanding operation that makes a hell of a lot more financial sense than operating another brick-and-mortar. And for upstart cooks, it’s a chance to market-test a concept that’s way more convenient and predictable than food trucks.

Philly is experiencing a market gold rush. Last year saw the debut of Chinatown Hall — a one-stop shop for Cambodian meat sticks, Japanese curry and Thai-style rolled ice cream. This spring, Penn students get spoiled (yet again) with Franklin’s Table, an edible highlight reel of some of the city’s best kitchens: Goldie falafel, Double Knot sushi, Kensington Quarters burgers and High Street breakfast sandwiches, all in one sleek, modern space. Sometime this summer, the historic Bourse will get a slew of new vendors hawking everything from Indian street food to fresh oysters to the ever-trendy poke bowls.

Given the way we eat now — collecting names and brands and experiences like baseball cards — all this food hallabaloo feels very appropriate. And very exciting. But what’s TBD is how many of these joints our city, or really any city, can sustain. Some new ones in San Francisco and New York City have already closed. In the 2017 New Yorker article “The Inflated Promise of the American Food Hall,” vendors cited bad deals, low foot traffic and stringent rules (like staying open late even when you have no customers and not being allowed to serve certain menu items) as reasons they pulled out. And once you lose the good vendors, well, a foodie hall is really just a mall food court.

Locally, some of these same questions loom. Too many halls operating too closely together can minimize their specialness. And at places like Franklin’s Table, where the prices aren’t exactly student-friendly, the quality better match up — a big ask, given a tenant’s space and equipment limitations. And the vendor-to-customer ratio better be perfect: Too few and it’s boring; too many and it’s paralyzing.

Ultimately, the food hall experience still needs to be an experience. And if all those news ones fail, really, who cares? Reading Terminal just added transit screens, wine kiosks, and curbside pickup during the holidays. It’s not going anywhere, and we’re great with that.

Published as “The Best and the Rest” in the May 2018 issue of Philadelphia magazine.