Collingswood’s Hearthside brings together two chefs who made their names in Philly and now are trying to make it on their own. 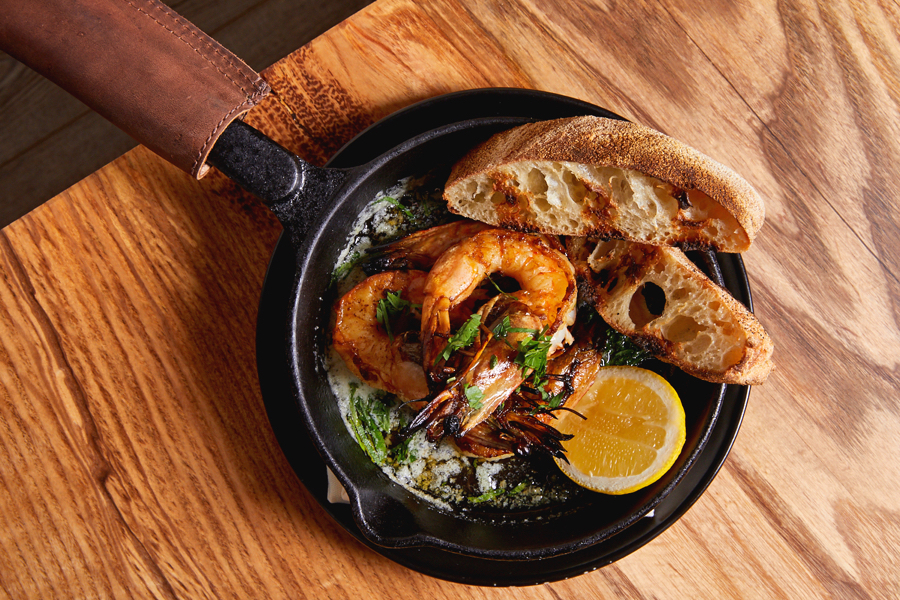 You know what restaurants around here really need? An industry fantasy league where you could mix and match crews to create a dream kitchen.

You could trade heavy hitters like baseball cards. Collect all the rarities and weirdos. Imagine if you had the sous-chef from Vernick working with a former Sbraga protégé — the chef de cuisine from the Fat Ham (from back when the Fat Ham mattered — or existed).

Or you could just head for Collingswood, where that exact team is currently playing at Hearthside.

Order This: The head-on prawns show off those big ovens nicely, and the pork chop is the star of the big plates.

Granted, if this were my dream team, they wouldn’t be working in Collingswood (they’d be right next door to my house), and they wouldn’t be running a BYOB (I’d want a killer bar crew). But the room might be similar — a cozy, fire-warmed space with floor-to-ceiling windows and an open kitchen dominated by big wood-burning ovens. Nothing too fancy, but not too casual, either. Call it “traditional American fine dining from that moment after everyone grew bored with industrialism and barn wood.”

The menu is right in that sweet spot between West Coast nouvelle and gussied-up East Coast swank — a borderless zone where handmade pasta lives comfortably with horseradish-spiked tuna tartare.

It’s a project from Dominic and Lindsay Piperno. Dominic used to be Greg Vernick’s sous. And it was at Vernick that Dominic met Aaron Gottesman, Kevin Sbraga’s former right hand. The two chefs decided to do something together — to open a place where they’d co-chef. And while that’s almost always a guaranteed disaster, at Hearthside, it appears to be working. 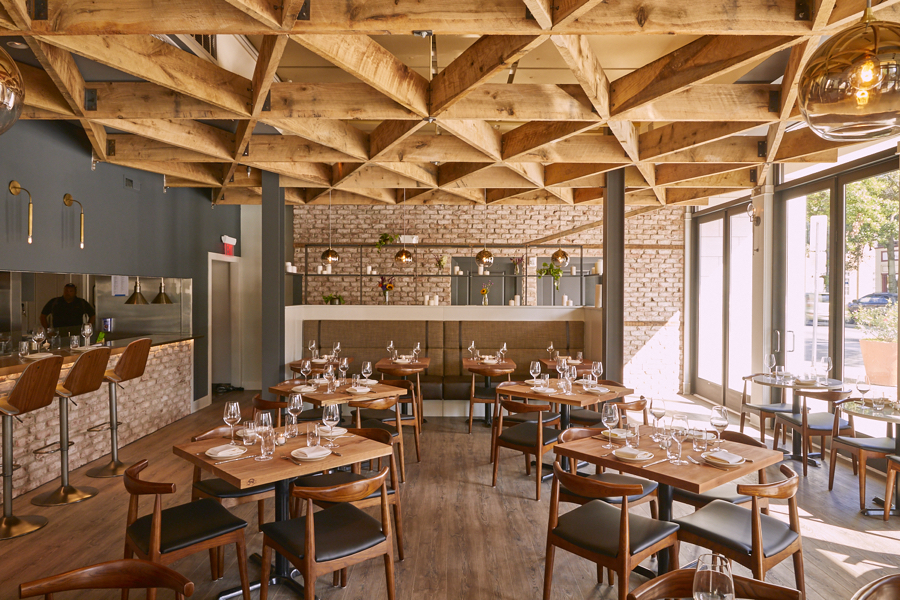 Together, they cook prawns in garlic butter under the brutal heat of those ovens, the flames imbuing some smoke and a flavor like you’ve time-traveled back to the best days of California’s culinary revolution. They do a vaguely Asian whole red snapper with jasmine rice and a sweet chili sauce, and an all-American pork chop — juicy to the bone — with warm Swiss chard and smashed potatoes crisped by the fire.

The parmesan agnolotti in brown butter are okay. A bit ugly. A bit shoddy. But the bowls of handmade lumache with rock shrimp in a spicy amatriciana sauce are winners. The balance of tomato sweetness and heat is addictive.

Piperno and Gottesman make a good team, and their menu is a calculated play for the comforting middle ground of modern appetite. They may not go to the top of the league, but right now, Hearthside is a stylish, promising experiment by two chefs striking out on their own, together, for the first time.