I Ate at a Russian Bathhouse in the Northeast — and You Should, Too

The Southampton Spa is an absolute must-try experience, even if just for the food. 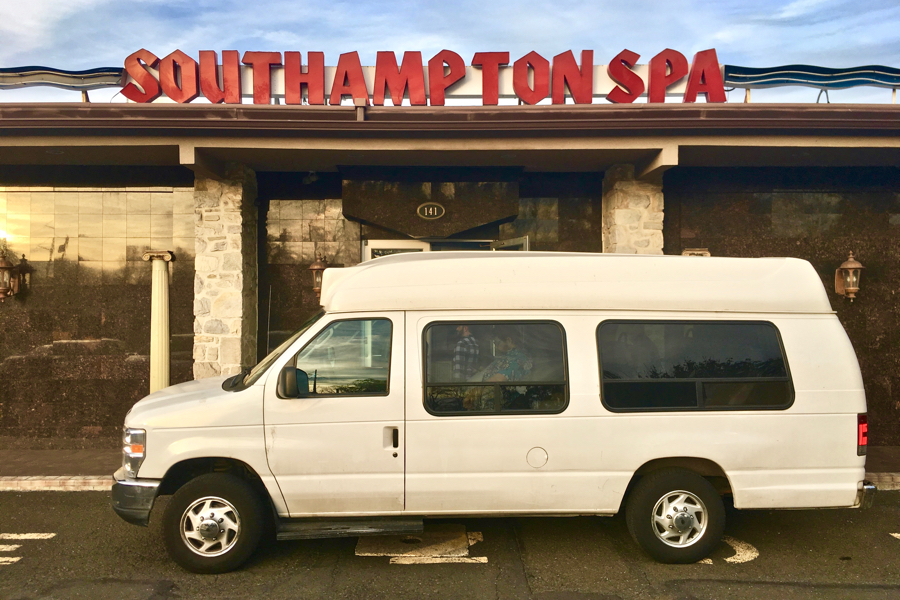 You can spend an entire day at Southampton Spa and you wouldn’t even know it.

Not because it’s big with so much to do, but because there aren’t any windows, really, and any time-telling devices are few and far between. It’s just easy to lose track of time. Like a casino, but jankier and wet.

And if you’ve never been to a Russian spa (read: banya) before, know that it’s a Choose Your Own Adventure deal.  The website even says so:

The choice is yours: the hours are limitless, the benefits… unequivocal.

So there are some add-on services you can tack onto your bill — massages, body scrubs, something called a platza (which many consider a bathhouse-must) — but $40 dollars will get you in the door and access to Southampton’s myriad steam rooms, dry saunas, and ice baths. Bring a friend, or, even better, a crew. It’s more fun that way. Plus, for groups of five or more, there’s a free  unmarked white van (driven by a man named Oleg who, apparently, likes to drink his milk straight from the half-gallon jug) that will pick you up from anywhere in Philly. And since it’s a very atypical spa experience, you should read this primer before you go, and don’t be afraid to ask one of the staff members to show you the ropes. They’re friendly enough.

But you’re not here to read about the luxurious whole body obstacle course that is the Russian banya. You’re here to read about food — the Russian food, which can be something of a mystery to those who never venture into the Northeast (okay, it’s Southampton, PA, but it still counts). Because you’re not going to spend an entire day putting your body through the highs and lows of some of the hottest saunas and coldest plunge pools in the region  — all for the sake of relaxation — and not nourish it when you’re finished. 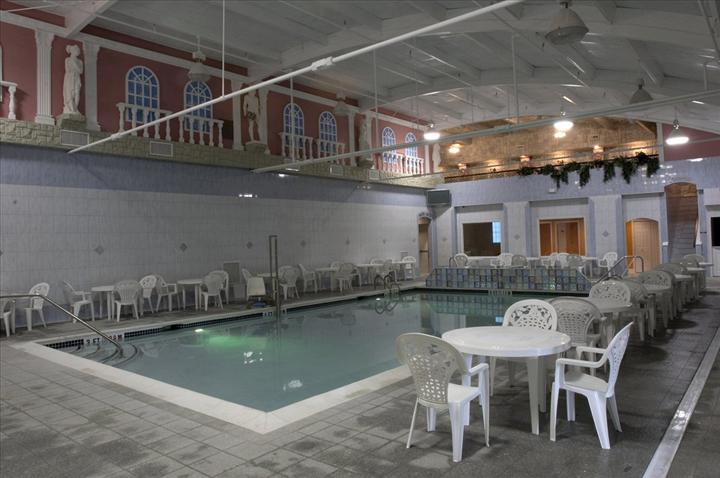 Here, under a ceiling painted like a sky and in between tall highlighter-pink walls, it’s, no joke, BYOB. So bring a case of beer or a big bottle of Russian Standard  and make sure you only start drinking after you’ve finished schvitzing. You might be tempted to order a glass of kvass (a vaguely alcoholic fermented drink) that’s basically liquid bread, because, well, everyone else sitting around the pool is drinking it. They say it has restorative properties, and it, for whatever reason, pairs well with the vobla — Russian fish jerky. But it’s filling, so you’re better off shooting vodka. Naturally.

Do as the Russians do: chill it, make a dramatic toast, knock it back and chase it with a giant platters of pickled vegetables: gherkins, whole tomatoes, cabbage, and a mountain of Russian “Korean” salad — spicy, garlicky shredded pickled carrots flecked with coriander seed. 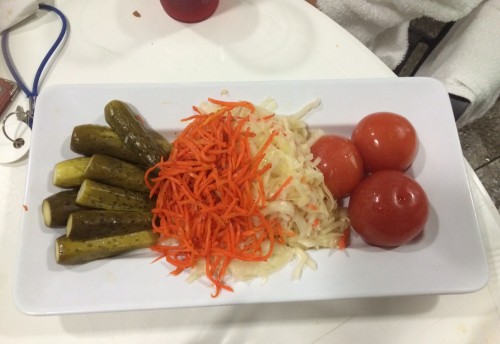 Of course, there’s no denying the legitimacy of an Eastern European kitchen’s soup game: The borscht is a specialty, duh, but the solyanka, a salt-bomb stew of beef, ham, sausage, olives, capers and pickles, is unexpectedly satisfying, being that it’s, like, meat-pickle soup.

You better order all the dumplings, too. The meat ones (pelmeni) are classic — pudgy, wrinkly pillows stuffed with a simple mix of beef, pork and onions — as are the potato vareniki: half moons filled with mashed potatoes. The cherry sort, especially when dunked in smetana (sour cream), are like poppable dessert dumplings. And you better believe a basket of Russian black bread will be omnipresent at your table. It comes in handy when you order a plate of assorted cold cuts — sliced thick; salty and smokey; perfect atop copiously buttered slabs of all that rye. 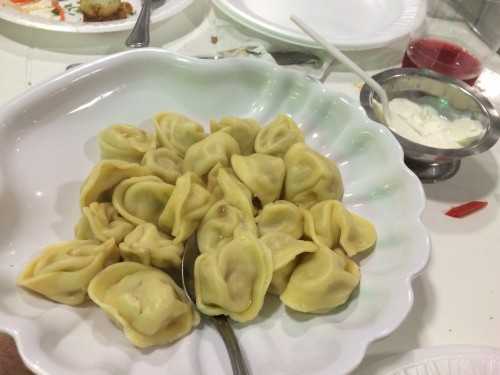 The potatoes come drenched in butter and tossed in dill, and a brick-colored stroganoff is every bit that hearty, rib-sticking goodness you’d expect from the Mother Country’s ultimate comfort food.

The menu is massive; all of this doesn’t even scratch the surface, but, again, you could easily spend an entire day there. It’s somehow open till 1:30 a.m. on weekends (kitchen open till 11 p.m.).

Remember: There’s a shuttle service for groups. Take advantage of it.