Monday Morning TL;DR: This Is the Most Hated Restaurant in America 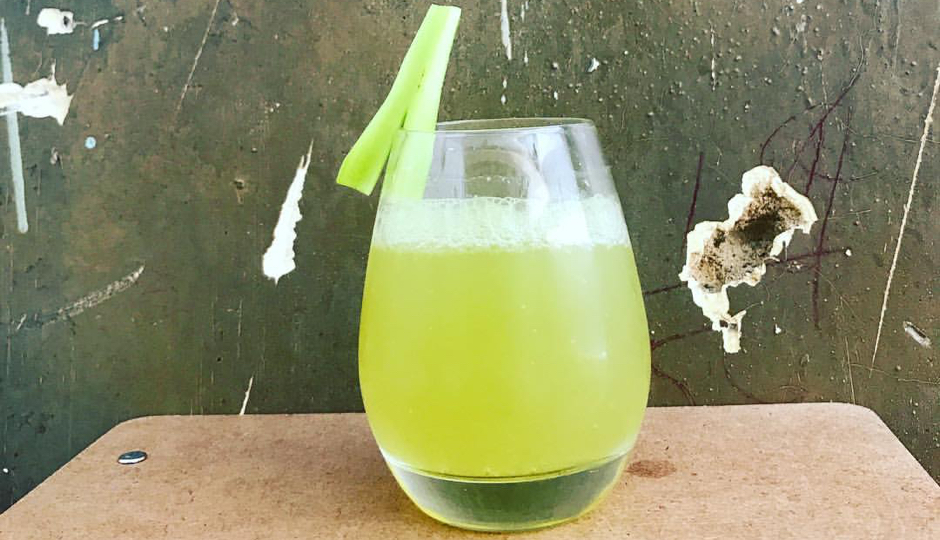 Happy Monday, everyone. If you’ve found your way here yet again, it’s probably because you want to know about deadly summer margaritas, How Hunter Thompson ate breakfast or that restaurant in Crown Heights that bragged about the bullet holes in its walls.

And we’ve got the scoop on all of that. But let’s begin with something else first. Because friends, we gotta talk about Instagram…

“That’s how you know millennials are starting to open restaurants.”

It’s not the first line of this piece on The Verge about Instagram, restaurants and the industry of making Instagramable restaurants, but it’s the heart of it. And while blaming millennials is probably pointless (and is absolutely missing the target), the deep-dive into the power of Instagram, influencers and the culture of virality in the food world. It’s a long piece, but worth it just for the amount of directionless fury it will stoke in you. Because when everything is about the wallpaper or the murals, who’s paying attention to the food?

Summerhill, in Crown Heights, is a restaurant that everyone now hates. The reasons are almost endless, but the straw that seemed to break the camel’s back was a PR blast sent out to various NYC food editors hyping the authentic “bullet hole-ridden wall”. Now terrible use of the English language aside, that’s just not cool. This former bodega, in a rapidly gentrifying area, run by a former tax attorney from Toronto, serves $12 cocktails and wine in paper bags. It calls itself the “most instagramable” place around and serves “Forty Ounce Rose”–rose wine bottled like malt liquor. Eater NY took them to task for all of this. And then the people of the neighborhood responded, calling for a boycott and papering the blocks with signs calling the sandwich shop and bar “racist” and “colonialist,” among other things.

A health alert for beach bartenders, outdoor drink-slingers and all those who think squeezing the limes by hand is the best way to make a margarita. Let’s be careful out there, people.

Hunter Thompson on how to eat breakfast

Look, this article from the Munchies Denmark is not great. It’s actually fairly depressing in its schoolboy attempt at re-creating a moment (or a series of moments) from the life of one of the greatest writers who has ever sat behind a typer. But linking it here does give me the opportunity to quote from the great Hunter Thompson on the most important meal of the day: Breakfast.

“I like to eat breakfast alone, and almost never before noon; anybody with a terminally jangled lifestyle needs at least one psychic anchor every twenty four hours, and mine is breakfast. In Hong Kong, Dallas, or at home—and regardless of whether or not I have been to bed—breakfast is a personal ritual that can only be properly observed alone, and in a spirit of genuine excess. The food factor should always be massive: Four bloody Marys, two grapefruits, a pot of coffee, Rangoon crêpes, a half-pound of either sausage, bacon, or corned beef-hash with diced chilies, a Spanish omelette or eggs Benedict, a quart of milk, a chopped lemon for random seasoning, and something like a slice of Key lime pie, two margaritas, and six lines of the best cocaine for dessert… Right, and there should also be two or three newspapers, all mail and messages, a telephone, a notebook for planning the next twenty four hours, and at least one source of good music… All of which should be dealt with outside, in the warmth of the hot sun, and preferably stone naked.”

Needless to say, that quote is the best part of the piece. But I would’ve been remiss had I not mentioned where it came from.

Last week, the news was full of stories about two studies which seemed to show that drinking coffee increased life expectancy. Thing is, these kinds of things come out all the time. Coffee, chocolate, red wine–all things that are supposed to extend life. And all things which we love anyway, so win-win, right? But over at Gizmodo, they actually looked at the science and talked to some experts and the results are a bit more complicated than you may have been led to believe. Give this one a read with your morning joe. Then just go right on doing what you do because you’re probably going to just end up getting hit by a bus before you get old enough for any of this to matter anyway.