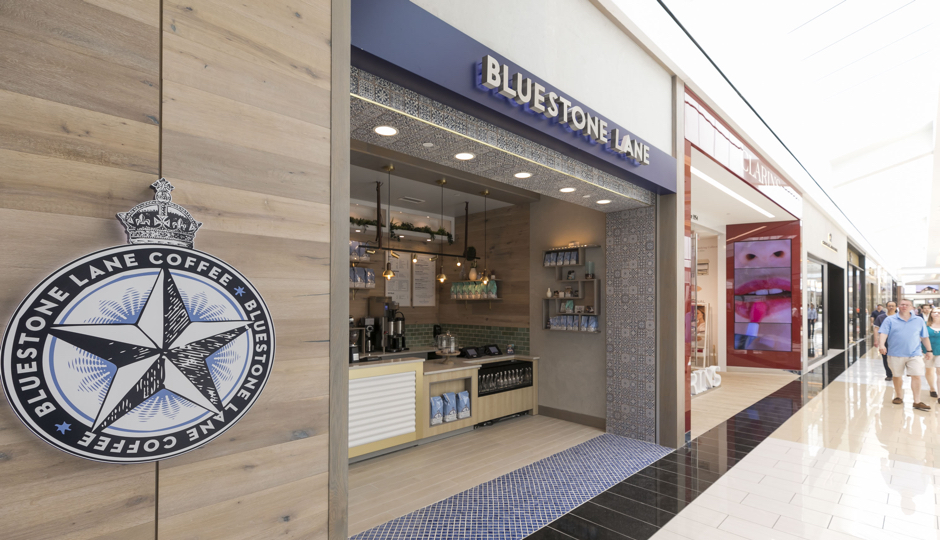 King of Prussia now has its own Aussie-inflected coffee shop. Today, New York-based Bluestone Lane opened its third Philly-area location in the mall’s Savor King of Prussia expansion. And to celebrate, they’ve rolled out some new menu items.

While Bluestone Lane is famous for its avocado smash, the KOP store’s menu includes a few new dishes (and only half of them are ingredients spread on toast).

Not content to offer one green-stuff-on-grilled-bread dish, the cafe will now serve a pea and mint smash on toast, dolloped with coconut yogurt and chili flakes. They’re making their own spicy cashew butter, which will be served atop toast with honey, blueberry and peaches. They’ve also added a coconut yogurt bowl with muesli, shredded apple, and berries, plus a Moroccan chicken sandwich topped with tahini yogurt and (of course) avocado.

This new location is Bluestone Lane’s third in the region; the others are housed within the Warwick Rittenhouse Hotel and on South Penn Square, across from the southeast corner of City Hall. The chain, which highlights the best of Melbourne’s vibrant coffee culture, currently has 11 locations open in New York. One more NYC spot and the company’s first San Francisco outpost are currently in the works.

The KOP Bluestone Lane will be open during mall hours, seven days a week.