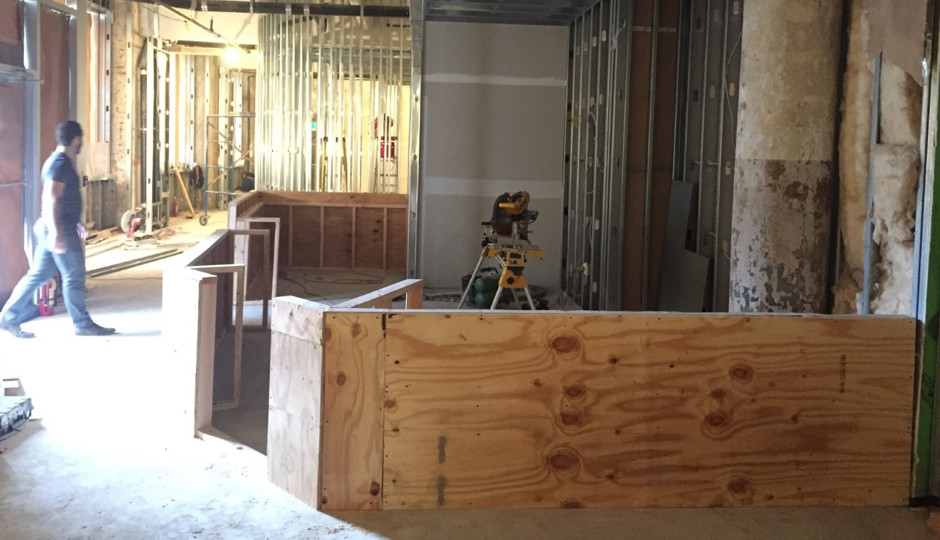 Elixr got its start seven years ago, when third wave coffee just started gaining momentum in Philadelphia. They started roasting out of Fishtown and opened a tiny, minimalist cafe smack in the middle of Center City (that building is now a Cheesecake Factory). In 2012, they found a new home for their coffee shop, this one tucked behind a Chipotle. And despite it being located practically down an side alley, hidden from plain sight, away from any sort of real foot traffic, the cafe became one of busiest in the entire city. In fact, the shop is so busy, owner Evan Inatome decided it was time for a second.

He estimates 3-4 more months before he opens in his new shop in the Goldtex Building shop (12th and Wood Streets), directly next to Brick & Mortar. Construction started a week and a half ago, and he said they’re making great time. The Goldtex Elixr will be a hybrid cafe/roasting facility separated by a sliding door. When they’re roasting and it’s loud, they’ll keep it closed, otherwise, they’ll treat it like an open kitchen so guests can check out what happens behind the scenes.

And new to this location: a “tasting bar”, for all you coffee geeks out there. Sidle up at the bar and let Elixr’s coffee pros pour you five cups five different ways, “sort of like a coffee omakase.”

In the mean time, the Elixr team just qualified in the U.S. Coffee Championships that took place over the weekend in Austin, TX. Out of 30 roasters from around the country, only six move on to the U.S. Roaster Championship in Seattle, WA. Elixr (and La Colombe) will represent Philly in April.