An Inside Look at What an Opponent Thinks of Jalen Hurts 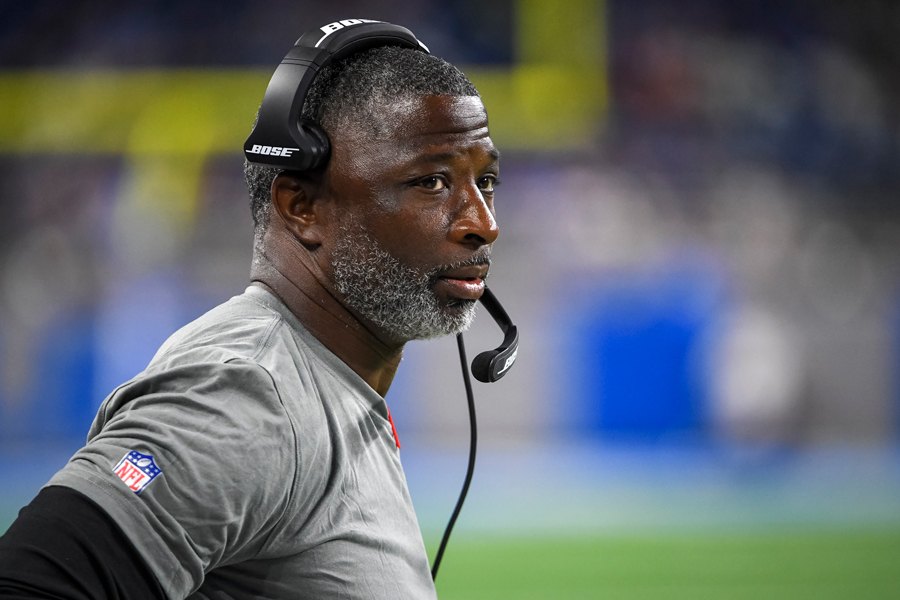 Aaron Glenn spent 15 seasons in the NFL as a three-time Pro Bowl cornerback before transitioning into coaching and ultimately becoming Dan Campbell’s defensive coordinator in Detroit this season.

The Humble, Texas native knows a thing or two about NFL quarterbacks after spending nearly a quarter-century trying to stop them.

When it comes to the Eagles’ Jalen Hurts, a second-year signal-caller suffering through significant growing pains in his first full season as a starter, Glenn sees plenty of positives.

“I think the first thing that I’ll look at with this player is just over his career he’s won a lot of games, so there is a winner in that player and I think that’s the number one thing you try to judge a quarterback on is wins and losses,” Glenn noted.

Glenn is of course referring to Hurts’ days in college where the Eagles’ QB1 was extremely successful at two of the top programs in the country: Alabama and Oklahoma. Over his first 11 NFL starts, however, Hurts is just 3-8 but he does present some unique headaches for opposing defenses.

“You’ve always got to make sure you’re on your toes with this player,” Glenn explained. “Even if it’s a close game, he’s one of those guys that has the potential to pull it off.”

The Eagles have struggled with consistency on offense in 2021 but Hurts has shown the ability to keep grinding and make a handful of big plays in each game this season. A dual-threat, much of that ability stems from so-called, off-schedule offense.

“The second thing is his ability to run with the ball,” said Glenn. “So we have to be able to contain that and make sure that he doesn’t get out of the pocket.”

Alignment, assignment, and discipline are three words defensive coaches harp on when Hurts is in their sights.

“Our rush lanes have to be really, really good in that situation. We’ve already talked about that with our D-line,” Glenn admitted. “They understand that and we watched tape on that and we’ve seen how he’s been able to exploit different teams by being able to do that.”

What makes things a little easier is a lack of experience. Last week Glenn’s Lions had to deal with Detroit’s former QB, veteran Matthew Stafford, a player who has seen just about every look you can throw at him.

“Any time you play against a quarterback of Stafford’s [experience], you know he’s seen a lot,” Glenn assessed. “There are some things that you can try to do, but you know you’re not going to trick him.”

That’s not necessarily the case with Hurts, who will be under center for the 12th time as a starter on Sunday at Ford Field.

“Totally different than a younger quarterback because those guys — it takes time for those guys to understand exactly how this league operates and the different defenses, different nuances that defenses try to do to you,” explained Glenn. “So, each week we try to see exactly who we’re going to play and try to attack those guys depending on who they are.”

The attack on Hurts will look much different than the plan against Stafford.

“We sent the house at [Stafford]. We disguised looks. Some things worked well for us, worked really well for us, and some things didn’t,” Glenn said. “I mean, that’s just how this NFL is.”