Green died at the age of 82 on Wednesday. He managed the Phillies to their first World Series title in 1980. 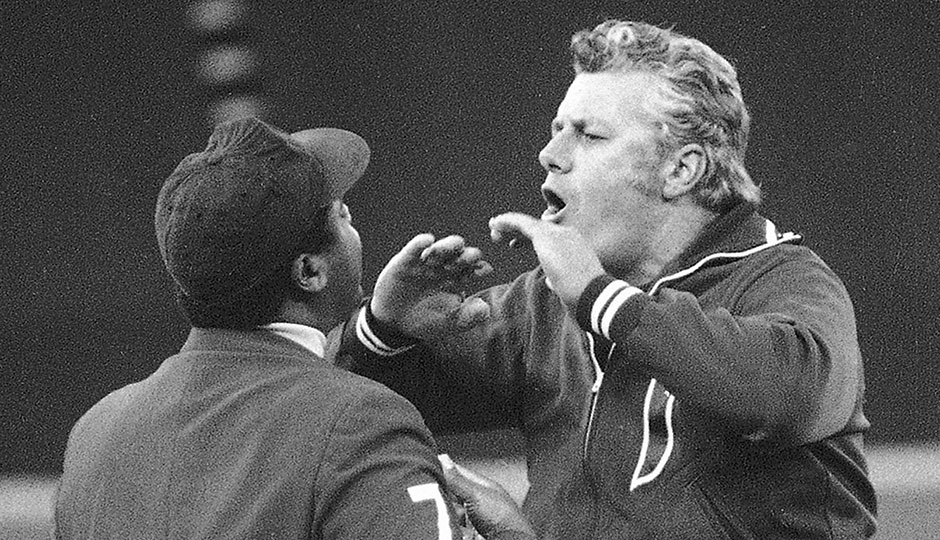 Dallas Green — the brash, iconic manager of the 1980 Phillies team that won the World Series — has died. He was 82.

The Phillies announced the news on Wednesday night. They did not announce a cause of death, but the Inquirer reports he had been suffering from kidney disease.

Green was born in Newport, Del., and went to the University of Delaware. He debuted as a pitcher for the Phillies in 1960, and spent eight seasons in the majors as starter and reliever — most of them with the Phillies.

He took over for Danny Ozark near the end of the 1979 season. He was known as a screamer. Some of his players didn’t get along with him all the time. He told the press his primary goal was to become a general manager, but he accepted a reappointment as manager for the 1980 season.

“We hated him,” catcher Bob Boone said. “He was driving us crazy. I don’t know if it was a unique approach, but it was a relationship that worked.”

It did work. Green led the Phillies to the 1980 World Series championship, the first in club history. The team went 91-71, beat Nolan Ryan and the Astros in the National League Championship Series, and then the Royals in six games in the World Series to win it all.