If you didn’t know, our mayor’s name is Jim. 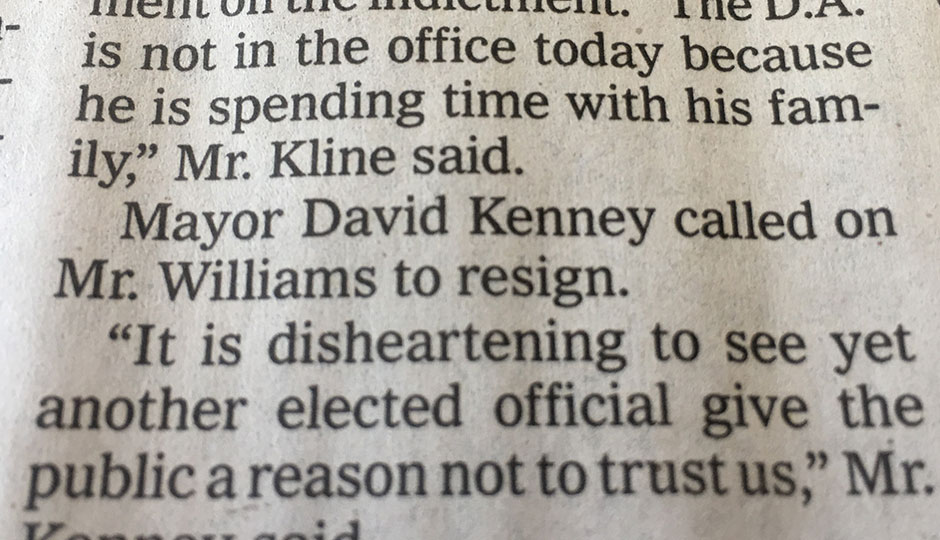 It’s just a small error. But, geeze, what an error!

The New York Times today wrote about the indictment of Seth Williams, and the article was pretty good.

There was one snag with the NYT’s story, however: It called Mayor Jim Kenney “Mayor David Kenney.”

No big deal. Everyone makes mistakes, and this one wasn’t a big one. It’s not like when the Times swiped the Inquirer’s sources for a story on hugging.

But it was a funny correction, and since it ran in print the Times will now have this appended to the story for all eternity:

An earlier version of this article misstated the given name of Philadelphia’s mayor. He is Jim Kenney, not David Kenney.