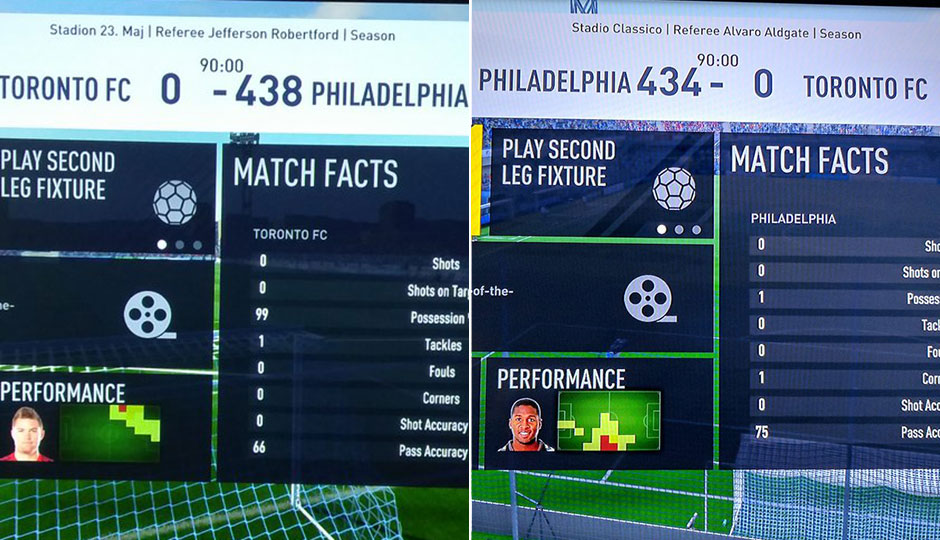 The Philadelphia Union opened the season on Sunday. The first game went pretty well! Okay, the scoreless draw with the Vancouver Whitecaps won’t make many soccer highlight reels, but to get a road point on the West Coast in the first game of the season is a solid season opener. How do out-of-towners get anything done in Vancouver with how distractingly pretty the city is?!

That leads to the Union’s home opener, which is Saturday against Toronto FC. (The name comes from the fact that in Canada soccer is called … hey, wait, they call it soccer there too.) Mayor Jim Kenney declared yesterday Philadelphia Union Soccer Day and got a “KENNEY 17” jersey in return.

On Saturday the Union will attempt to remain without a loss through two games for the fourth time in team history. (It’s only their eighth season!) The Union play Toronto FC at 4:30, and the team has come up with a pretty great promotion for fans before the game. The team is asking fans to play FIFA — EA Sports’s popular soccer video game — and beat Toronto FC by the biggest total they can muster.

@PhilaUnion I may have wasted a Tuesday but I may be in the lead for the contest!!!! #Doop #FullyCommittedToWin #Union pic.twitter.com/Sxd0D5u9jS

@Jacob_Born @PhilaUnion Almost 400!💪🏼 but ill settle with 3️⃣9️⃣5️⃣ :) now im about to go to bed hoping no one can beat this. 😬 pic.twitter.com/XS8V8SUGS2

Wow! All of these goals without many shots on net. Something fishy might be going on, but as the Union say: “All [results] should be replicable against Toronto FC on Saturday afternoon.” (As of 2013, an 189-0 win was the apparent FIFA record.)

What better way to get ready for the Union season than by relentlessly destroying the team’s upcoming opponent in a video game. Cheers, everyone.