Teachers protested the cancellation of their contract before tonight's meeting of the School Reform Commission. Some of them carried excellent signs. Speakers at the protest spent a few hours railing against the SRC, Bill Green, Gov. Tom Corbett, and SRC member Sylvia Simms — who students said told them they “belong in jail” at a movie screening Simms hosted Wednesday night. There were many signs supporting Democratic gubernatorial candidate Tom Wolf, Gov. Corbett’s opponent in next month’s election.

The speakers also had strong words for the counter-protesters hired by the Commonwealth Foundation, who were also demonstrating near the front of the School District building.

But the protest also featured some fantastically clever signs. Given that one of the first pieces I wrote for Philly Mag three years ago was a roundup of the best Occupy Philly signs, I decided to snap some shots of the best signs at the protest. 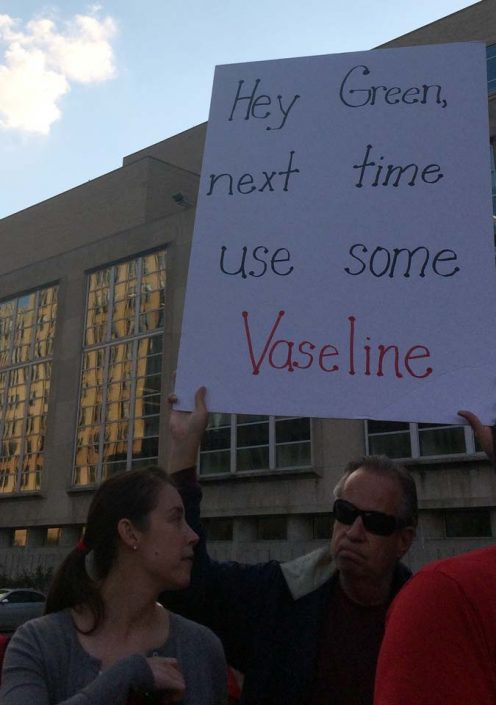 Some Harsh Words for Bill Green 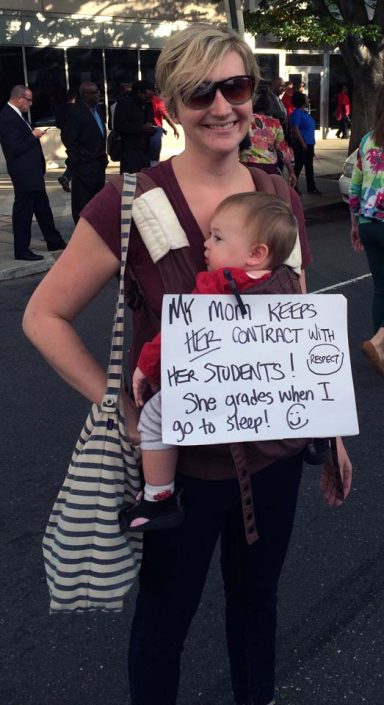 If you can't find a babysitter and bring your kid to a protest, you might as well incorporate him into your sign. 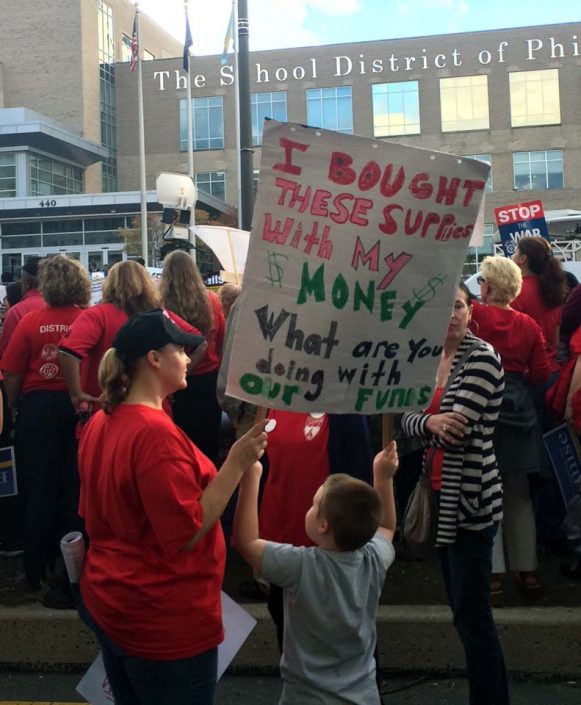 There were lots of signs about how often teachers have to buy their own supplies. 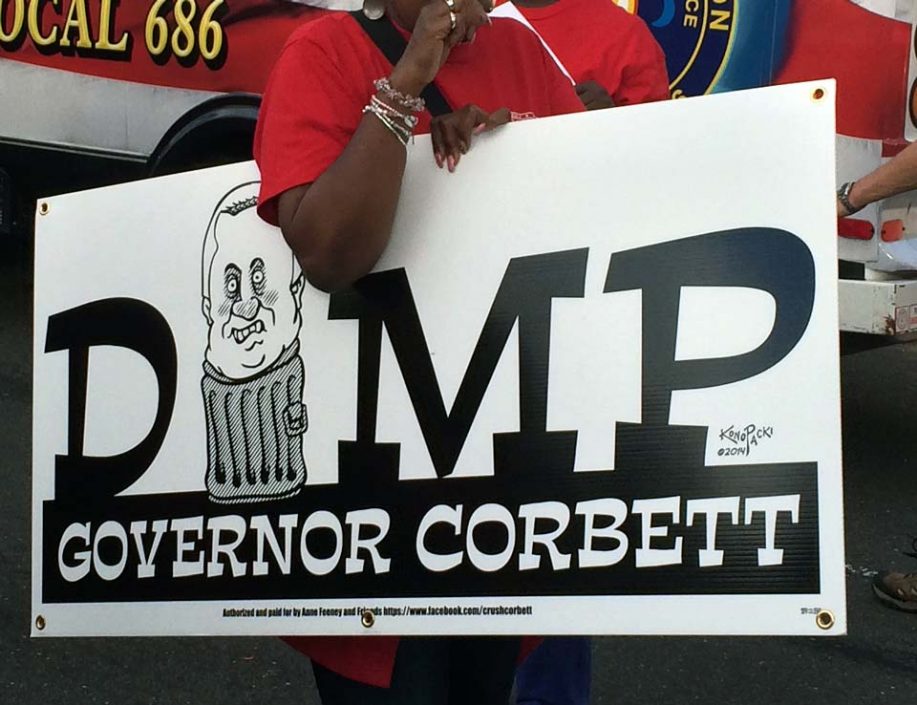 One of Many Anti-Corbett Signs

This reminds me of a "Dump Dallas" sign the Daily News did with Emmitt Smith in the 1990s. 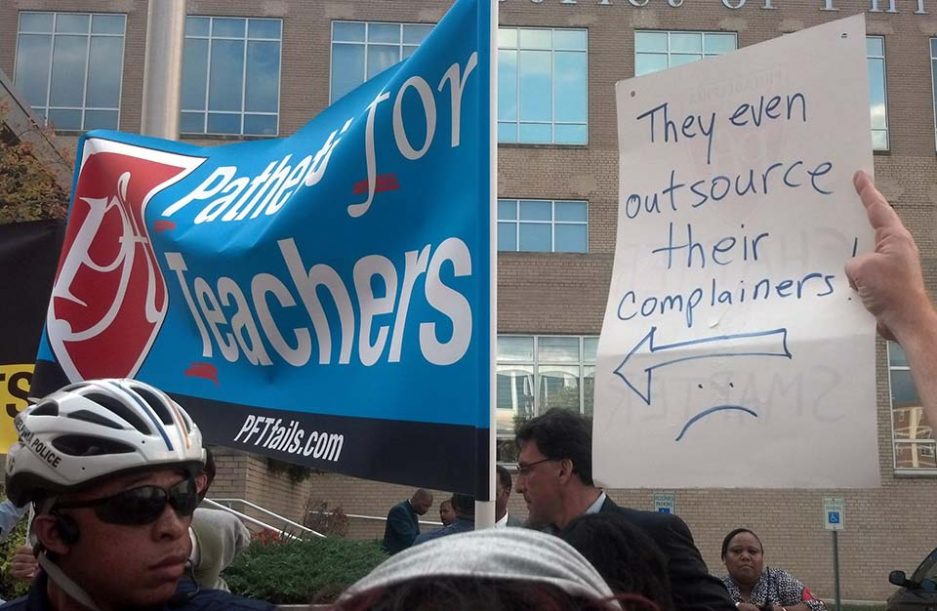 Teachers knew of the Commonwealth Foundation's protest and reacted with their own signs. 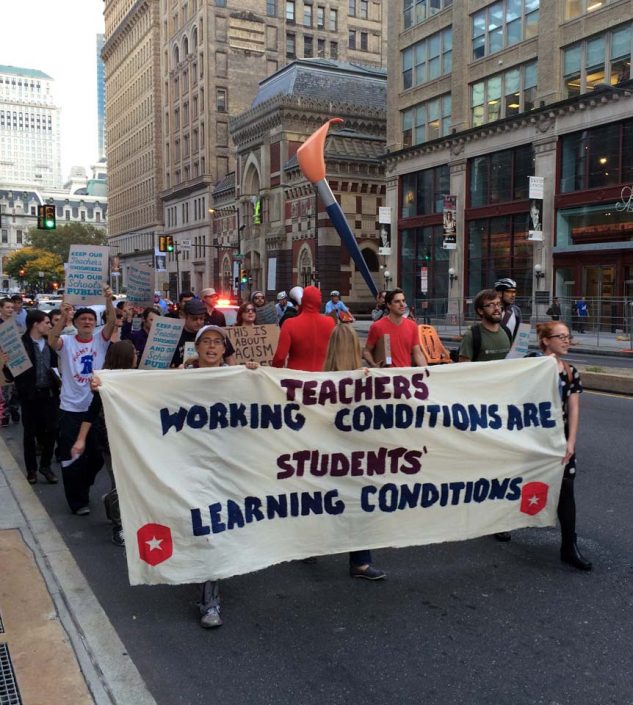 A man in an all-red body suit helps lead a march to School District headquarters. 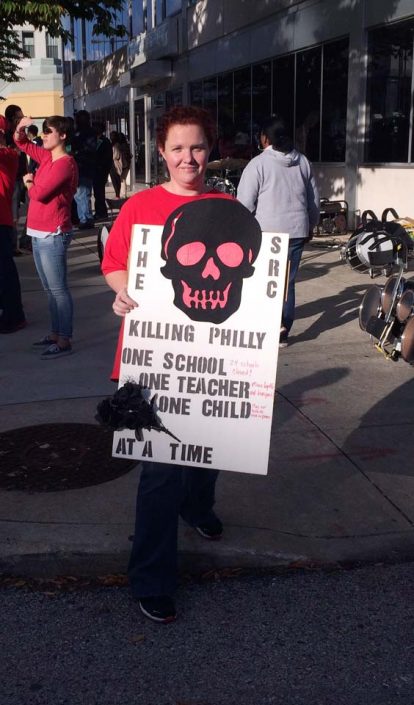 A lot of work went into this one. 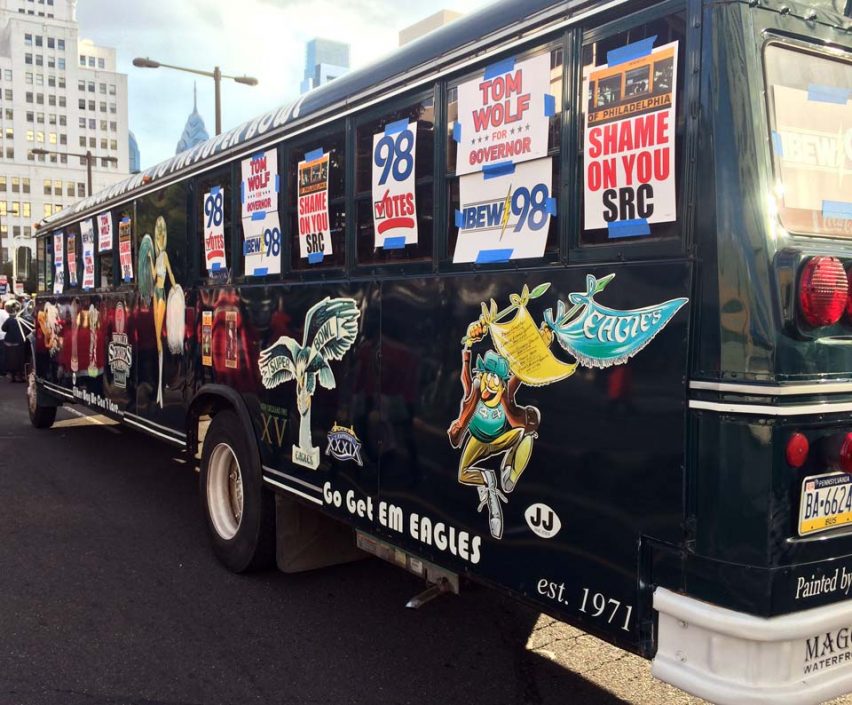 The Northeast Philly Paintarama bus was here, for some reason. 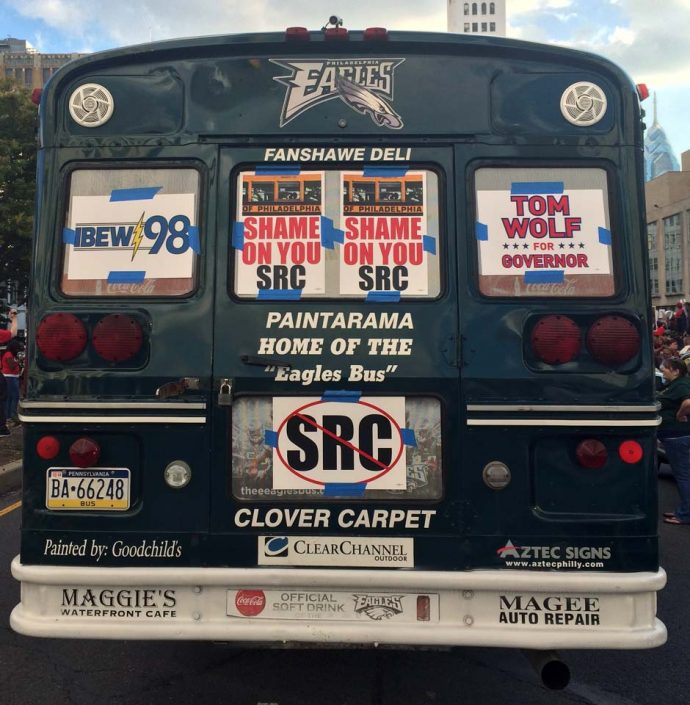 Another shot of the Paintarama bus. 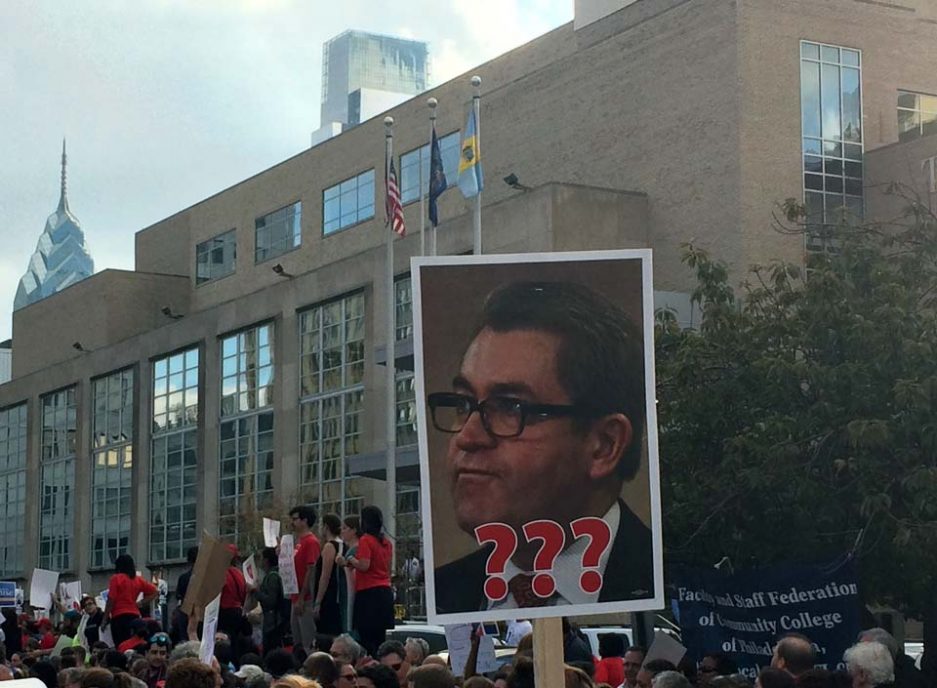 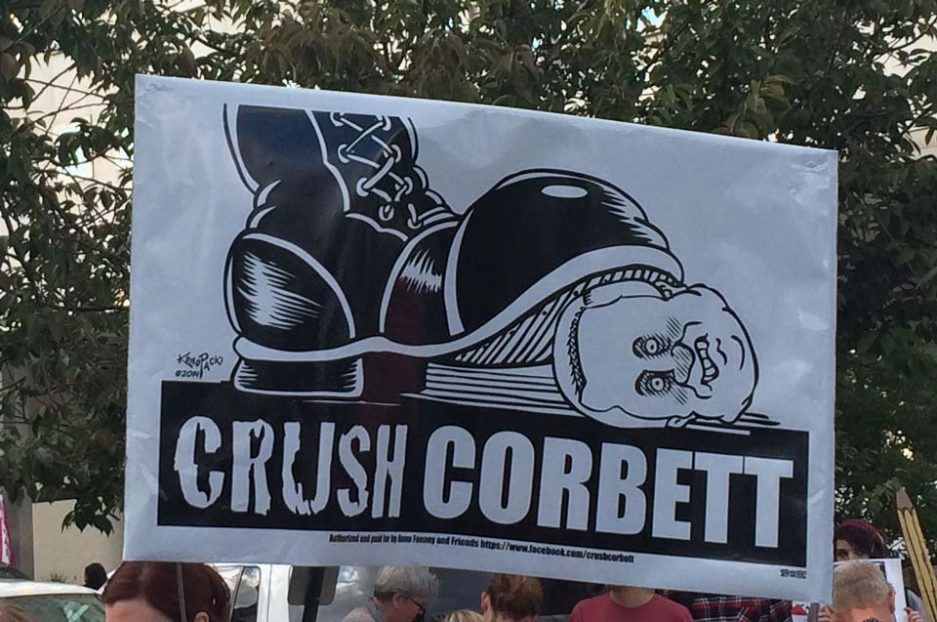 This visual is a little much, honestly. Maybe a lot much. 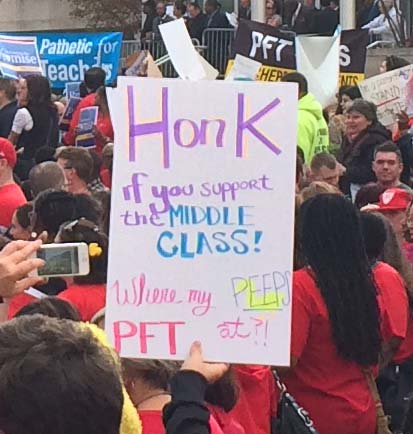 This was in the middle of the protest, meaning no cars could see it to honk. Still, I enjoy the "Where my peeps at?!" quote. 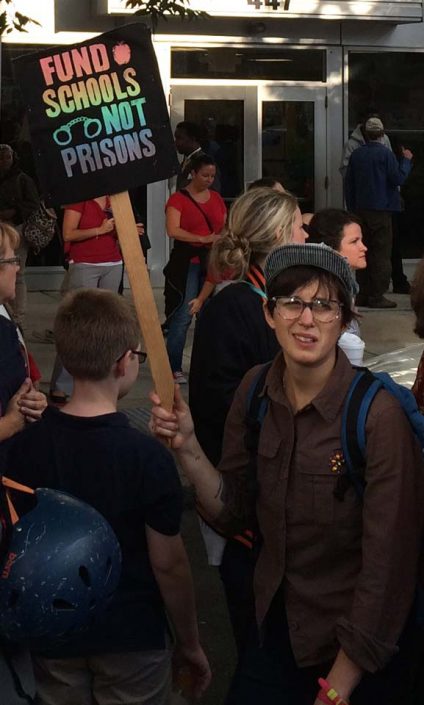 The way this is printed makes it look like a Wildwood boardwalk T-shirt. 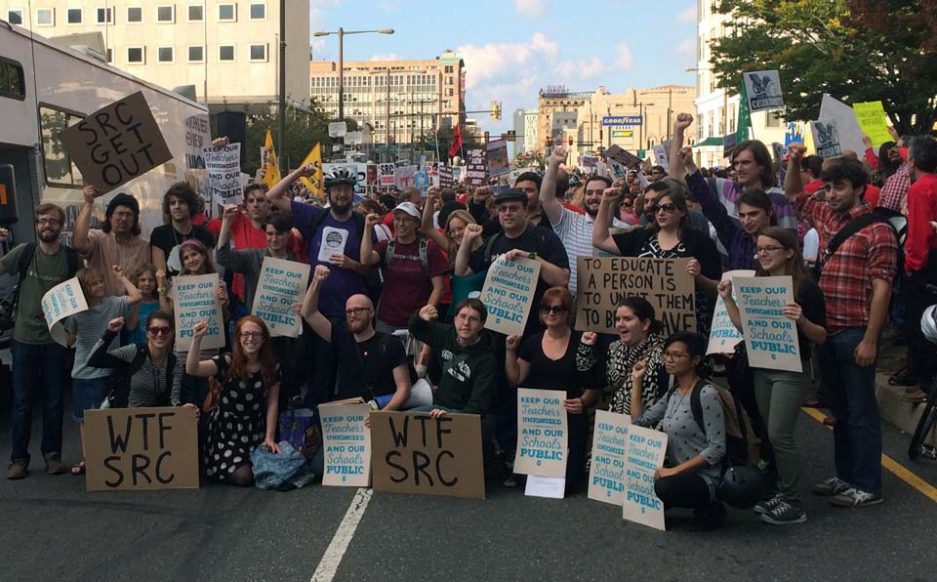 Protesters with "WTF SRC" and other signs pose for a photo while doing the power fist. 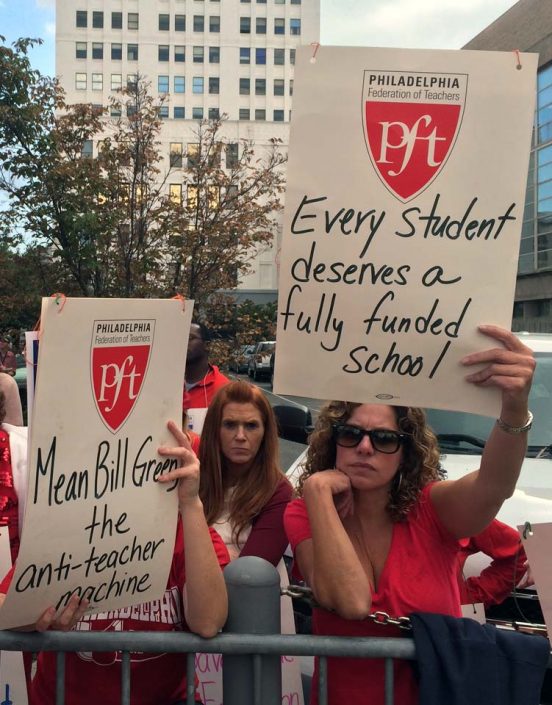 If you're my age, this sign reminds you of the Sega Genesis game Dr. Robotnik's Mean Bean Machine, of course. 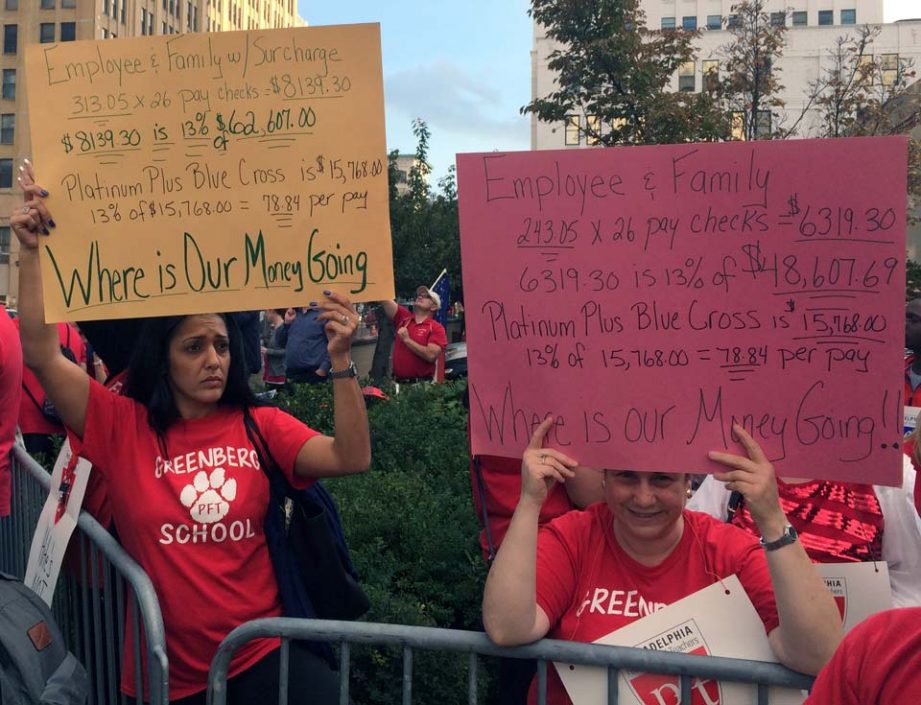 "Where Is Our Money Going?"

These are complicated signs. 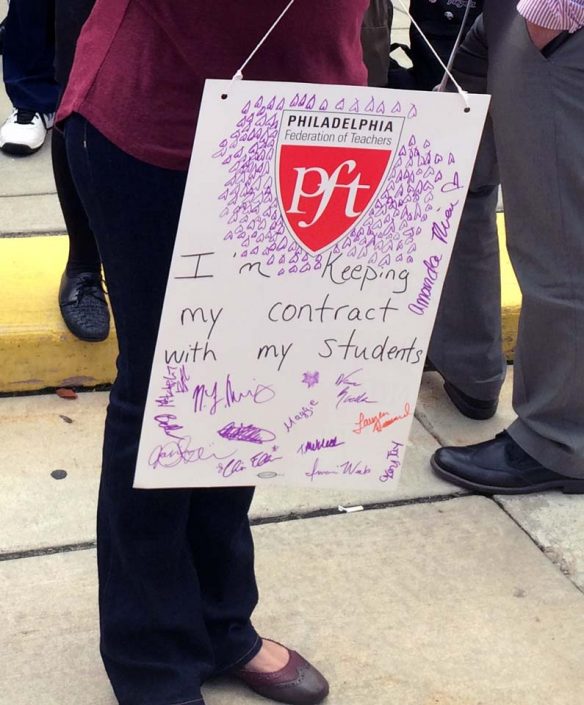 Now this is clever. 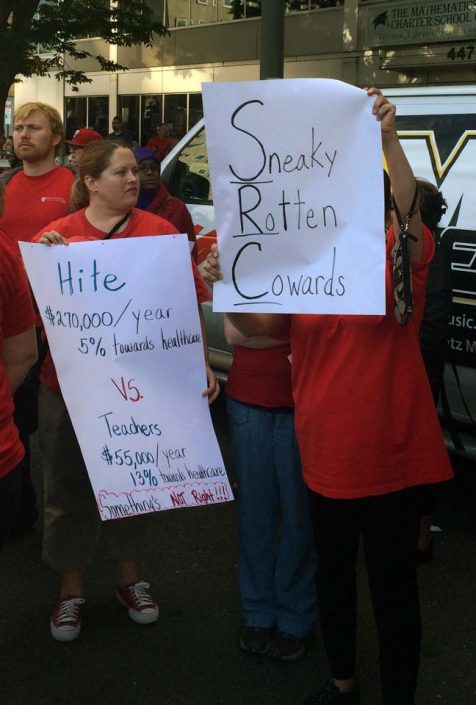 Also pretty clever. I wish there had been more acrostic poem signs. 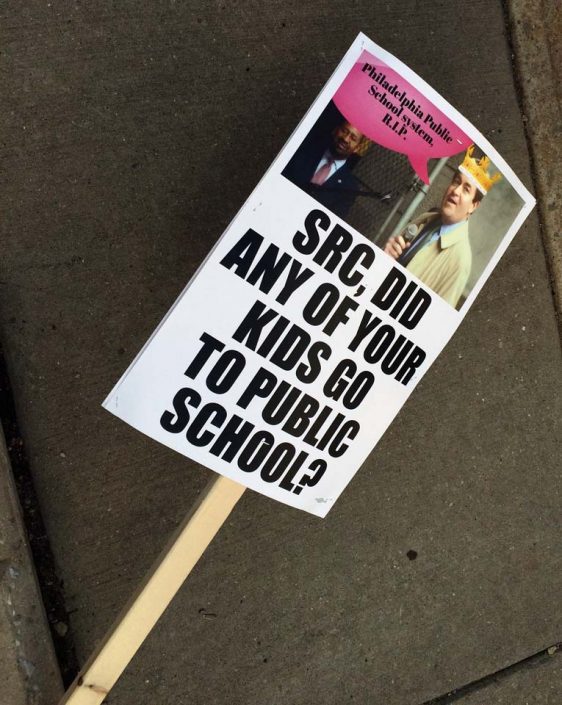 One of the More Popular Signs

There were dozens of these. With school budget cuts, I'm getting it was made in the open-source program Gimp instead of Photoshop. 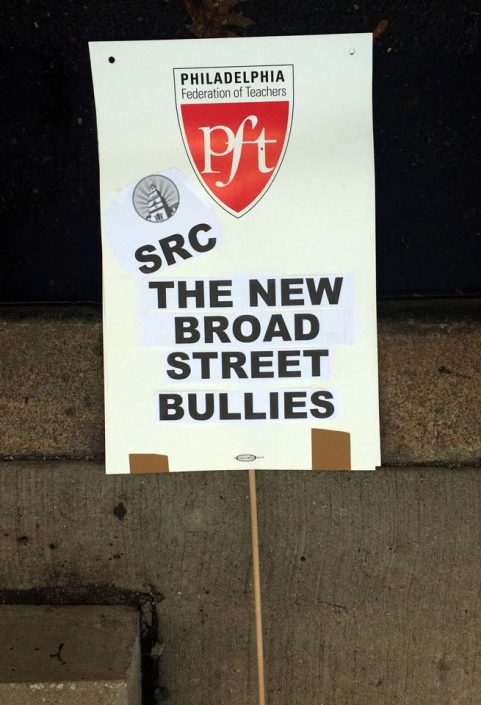 Watch out! Comcast might get angry at you appropriating its hockey team's nickname. 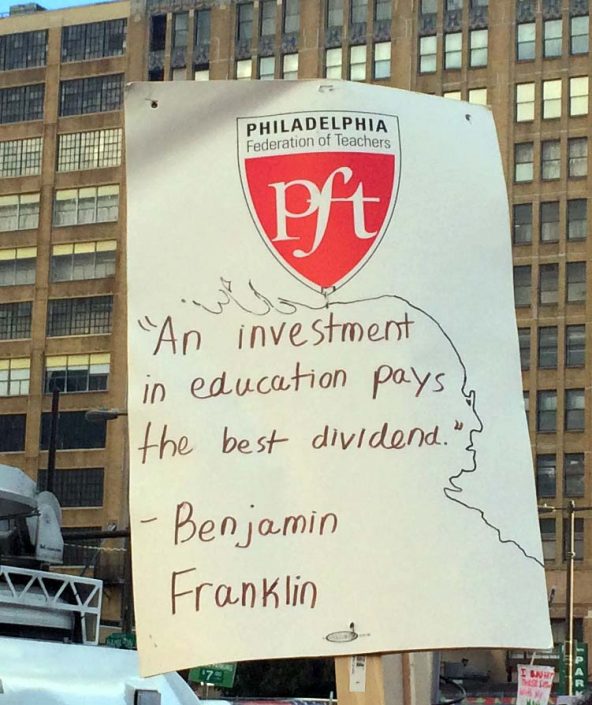 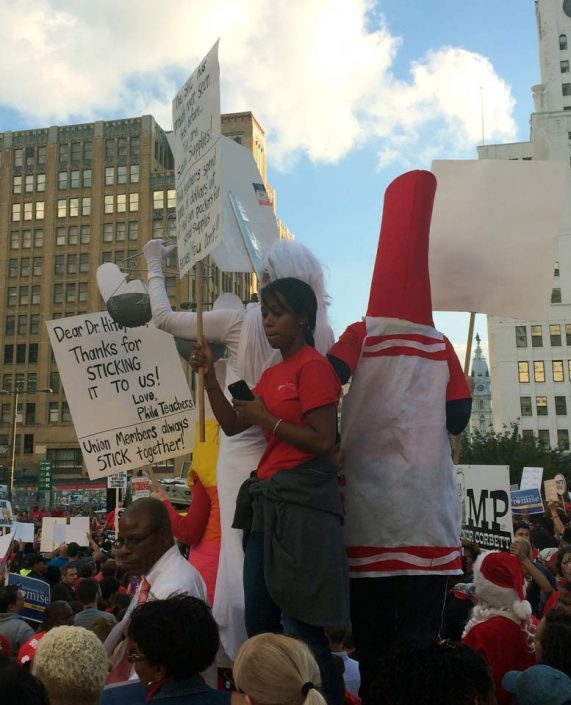 You have to be dedicated to wear a giant crayon costume. 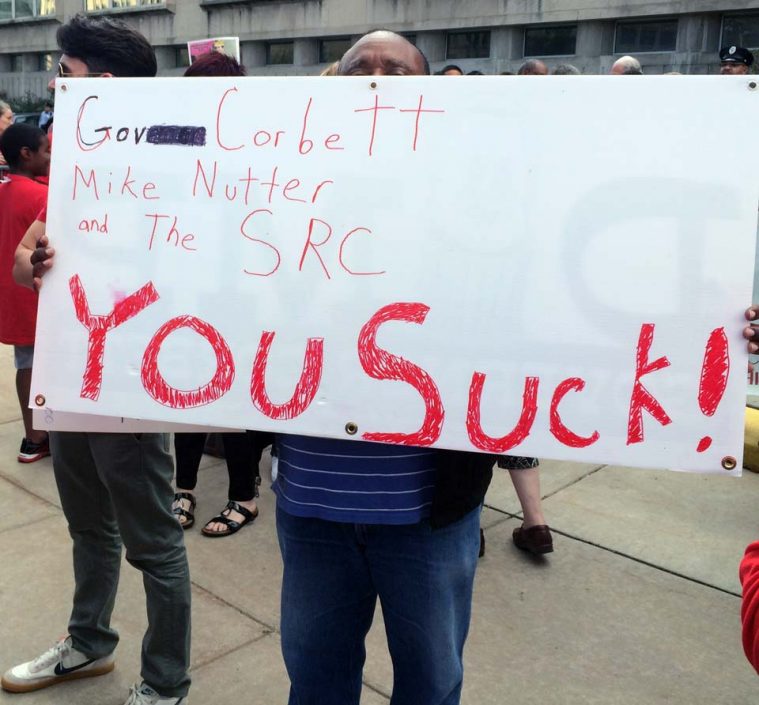 This one is pretty straightforward.