Entrepreneurs, look no further than this list. These local programs want to give you the resources you need to scale your early-stage business. 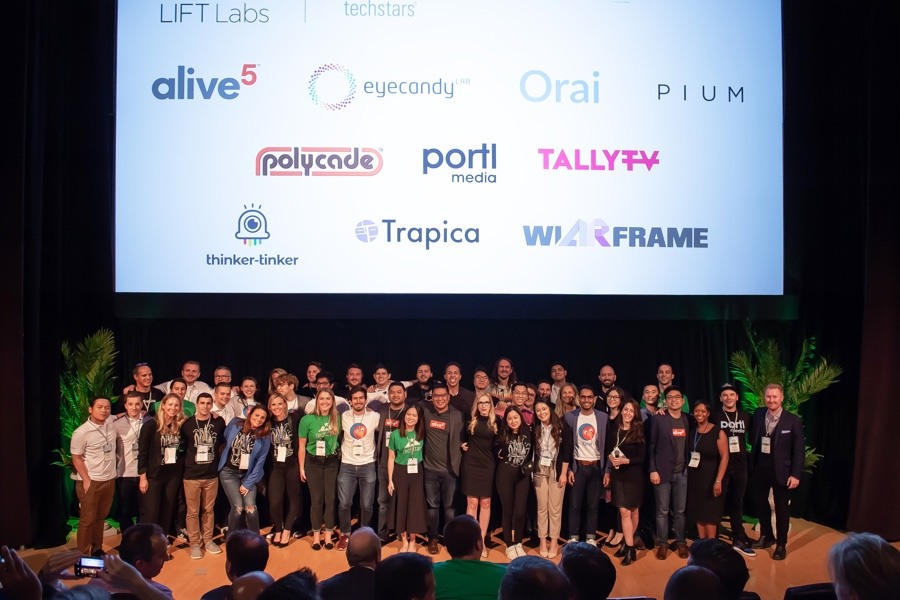 New entrepreneurs are constantly making their way into the Philadelphia region’s startup community, with plans to develop their business ideas, launch companies and scale. As a result, the region’s share of accelerators and incubators has only ballooned. Whether a program aims to help a specific type of entrepreneur or startup in a particular industry, each accelerator and incubator has specific guidelines for the type and stage of business it wants to support. To help you navigate the region’s crowded accelerator and incubator space, here’s BizPhilly’s guide to the local programs you should know, plus an explanation of why “accelerator” and “incubator” shouldn’t be used interchangeably.

Accelerators and incubators, though often described as being interchangeable, differ in a few key ways.

Incubators on the other hand, typically take entrepreneurs with strong ideas and teach them how to develop a business model and run a successful startup. Some incubators might even prepare entrepreneurs to go through accelerators.

Lastly, there’s a difference in duration. Accelerators operate on a predetermined timeframe that usually runs for about four to six months. A demo day, when entrepreneurs present their businesses to investors, typically caps off the program. Incubators, however, operate on an open timeline and are less focused on how quickly a company grows. Below are the local accelerators and incubators you should know.

Dreamit Ventures’ accelerator program seeks applicants with revenue or ready-to-scale pilots. Founders can participate in the program both virtually and in-person. Each week, startups meet with their managing director and program managers to test ideas and work on a variety of business development components. They also engage in investor and customer sprints where they meet with customers and start raising funds. Dreamit offers programs in three verticals: Healthtech, Urbantech, and SecureTech.

Run by the city’s leader startup community, the PSL Accelerator is geared toward helping early stage startups get the tools they need to grow their businesses. In this twelve-week program, startup founders attend weekly sessions with industry experts and entrepreneurs, are assigned to a dedicated mentor, and work on preparing their pitches. The pitches include a plan for company growth, which is presented at PSL Pitches day.

Backstage Capital’s accelerator program provides support to startups run by underrepresented founders. The program spans three months, and in that time, startups can expect to meet mentors, raise funding, and access Backstage Capital’s network of resources to give them the push they need to reach their company’s next big milestone.

With access to Comcast’s vast network of partners, brands, and mentors, the LIFT Labs program powered by the world-renowned Techstars, works with startups in digital wellness, next generation marketing, entertainment, and several other categories. The 13-week program, open to startups from around the world, hosted its first cohort in 2018 and ended with a Demo Day.

EO Philly’s accelerator wants to help startups grow to $1 million in annual sales. They offer educational materials, speakers from around the world, and sessions on strategy, sales and marketing, money, and people.

This 12-week program gives participants a chance to compete for a minimum of $25,000 in funding from Ben Franklin Technology Partners through a unique peer selection process. The program’s curriculum — Village Capital’s investment readiness plan — prepares startups to raise capital and build relationships with investors. The accelerator, which takes place across three four-day intensive workshops, also connects entrepreneurs to local mentors in the financial technology space.

VIP-Xcelerate provides Wharton-student and alumni founded startups with the opportunity to reach the next steps in their businesses. The program provides seed funding opportunities, advanced workshops, and individual advising, among other resources.

Operated by: The Enterprise Center
Eligibility: Early-stage businesses that have been running for at least six months

Penn’s Innovation Accelerator program supports research in the medical field. Each year, the program selects five participants to work in the Acceleration Lab where they can test and develop innovative medical solutions. Last year, the program received more than 90 applications.

Villanova’s idea accelerator works to promote cross-college interaction within the university’s community by providing students, faculty, and staff with a place to come together and develop ideas. The accelerator also encourages students to come up with new solutions to social issues, commercial ventures, academic research and more.

About four to five teams are selected for each cohort of Next Fab’s RAPID Hardware Accelerator. The 12-week program focuses exclusively on hardware startups, providing them with technical consulting, up to $25,000 in funding and workshops on marketing and sales, crowd-funding campaigns, IP protection and more. Teams also gain access to a dedicated desk at NextFab’s main South Philly location and access to mentors and advisors.

The startups that have gone through the Science Center’s digital health accelerator have generated $20.8 million in revenue and have raised more than $46 million in follow-on investing. The program specifically helps digital health companies move from research to commercialization. The selected startups receive funding (up to $50,000 in operational cash), a workspace, mentorship and connections to healthcare stakeholders in the region. About six to seven companies are accepted per cohort.

This longtime Philadelphia incubator, located in the city’s University City Innovation District, places an emphasis on collaboration to help local startups compete globally. Some of Philadelphia’s most well known startups got their start at ic@3401, which claims to be the largest group of funded, early-stage tech companies in Philadelphia. Since 2016, 52 member companies have raised more than $53 million in funding.

From the creators of the highly successful Institute of Hip Hop Entrepreneurship comes the IF (Idea Factory) Lab — an incubation space and program designed to foster innovation and business literacy in underserved neighborhoods. IF Lab’s pilot location is housed in Maken Studios South in Kensington. Its first permanent and flagship location set to open in late 2019 will be located at 3400 J Street, where business owners will have access to transitional office and retail space and the educational resources they need to turn their ideas into ventures.

In 2017, Philadelphia co-working company Benjamin’s Desk, merged with 1776 to create one of the Northeast corridor’s largest networks of incubators. Across Philadelphia, startup members have access to workspace, a network of mentors, investors, workshops and events at locations in University City, Center City, Ambler Yards, and even the Cherry Hill Mall. Worldwide, 1776 says it has more than 800 startups under incubation and more than 1,000 mentors involved on its internal platform UNION.

This Next-Fab designed nine-month commitment program provides selected entrepreneurs with office space at NextFab locations in South Philly and Wilmington, coaching, workshops, guest speakers, and business competitions. Entrepreneurs also gain access to NextFab’s network of mentors and community members. NextFab hopes to develop innovators who “will become active members in our community and will collaborate closely with our larger membership base,” according to the program’s website.

The Philadelphia 76ers launched this Camden lab space in 2017 to partner with startups and connect them to funding opportunities with the sports organization. The first cohort welcomed four startups across a variety of industries, from pet care to esports. The incubator deemphasizes growth requirements for its companies and emphasizes mentorship and collaboration. The selected entrepreneurs get access to free office space and food, and even free corporate housing. Startups are selected on a rolling basis.

Hosted at the Philadelphia Media Network’s headquarters in Market East, the Project Liberty incubator gives early-stage companies the opportunity to be based at the region’s largest media company. The program aims to attract startups looking to make connections in the media industry. Participants get free office space and software support, mentoring, introductions to investors, and more.

This virtual incubator at the University of Pennsylvania wants to catalyze entrepreneurship in the life sciences, healthcare management, robotics, and IT by supporting tech commercialization at Penn. The program helps get faculty members from the idea and company creation stage to a point where they can find partners and funding, and set up operations for their companies.

Operated by: Macy’s Center City
Eligibility: Emerging Philadelphia fashion designers who have been in business for no more than 5 years
Cost: $3,600, plus $75 application fee
Years in operation: 9
Notable startups: MinkeeBlue

Hosted at the Center City Macy’s, this incubator’s goal is to support emerging fashion entrepreneurs coming out of local design schools and the local fashion community at large. Though the program connects participants to a global fashion network, the designers in residence are encouraged to keep their businesses in Philadelphia. The 12-month incubator supplies designers with business strategy workshops, industry visits, consultations, and other resources.

WeWork’s national program, in partnership with Bunker Labs, helps US military veterans “pursue their life’s work.” The program gives veterans resources to help them discover their purpose as entrepreneurs and feel empowered by “discovering their tribe” — likeminded veterans who are building businesses. Participants get sponsored workspace at WeWork locations, a designated Veteran’s Quarter, access to a global community and local community events. Fourteen cities, including Philadelphia, are home to the program. This year it will launch in March and end in August.

The Delaware Innovation Space bills itself as a science and technology startup incubator, accelerator, and research institute all in one, providing early stage startups with services that help them scale faster. The services include mentorship, networking opportunities, workshops on marketing, and more. The Delaware Innovation space also hosts a virtual incubator program that “helps bridge the gap between research and marketplace.” The program is open to entrepreneurs regardless of where they are across the county.

Run by Temple’s Fox School of Business, this incubator provides access to office space, interns, consulting and peer mentor programs. Additionally, they offer wifi and access to the university’s other resources.

Housed on the University of Delaware’s STAR (Science, Technology, and Advanced Research) campus in Newark, Delaware, the DTP incubator hosts around 12 startups at a time. They’re given access to key resources including “connections, funding sources, space and shared equipment necessary to grow and commercialize technology,” the website states. The incubator is also home to the University of Delaware’s “Spin In” program, which connects entrepreneurs at the incubator to teams of students “to solve real world business challenges.”

Drexel students get the opportunity to incubate businesses at the Baiada Institute through school business competitions, the school’s entrepreneurship co-op and an application process. Companies that set up shop at this incubator get access to office space, technology and infrastructure resources, and mentorship.

Started in Washington D.C., this female-focused incubator came to Philly in 2017. It provides women entrepreneurs with assistance in financials, marketing, time management, and performance strategies, rather than focusing on raising capital.

When this incubator launched in 2016, it was called the Immigrant Innovation Hub. But since re-launching in the fall of 2018, the curriculum has been redesigned for a broader audience. In its three years of operation, the program has worked with eight cohorts of entrepreneurs. Its key goal is still to foster growth by connecting entrepreneurs and business owners to resources like CCP’s Power Up Your Business and Goldman Sachs’ 10,000 Small Businesses.