From food service enterprises to hotels and airlines, many of these companies expect to do away with the disposable item altogether by 2020. 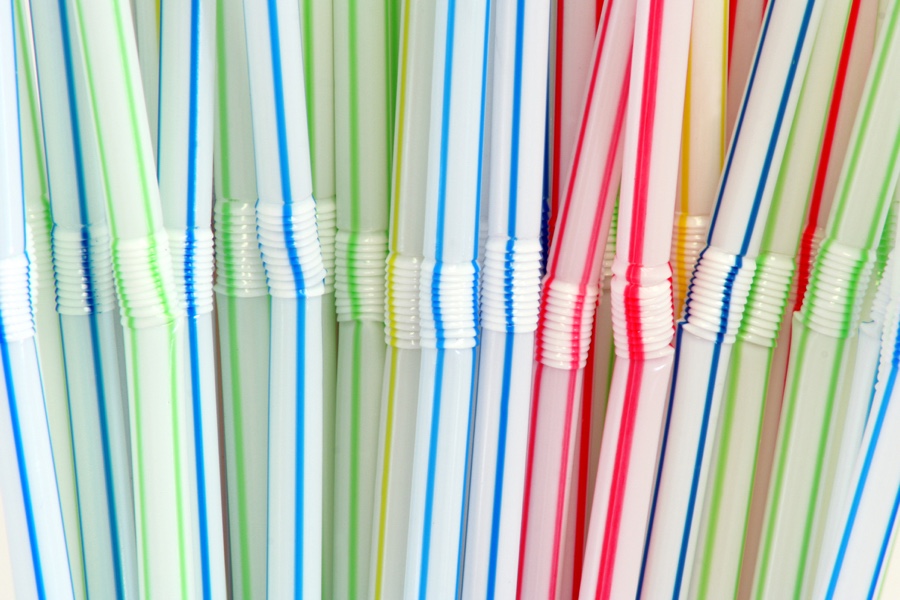 Plastic straws might altogether disappear from Philadelphia in the near future. Rpsycho | iStock

The war on plastic straws forges onward as #StrawlessOcean campaigns urge more and more companies to ditch the once common product in favor of biodegradable and eco-friendly alternatives. From food service companies to hotels and airlines, headquartered and/or located in and around Philadelphia that have joined the #StopSucking campaign.

The international coffee chain made headlines when it announced new strawless lids for its iced drinks this July. After ten weeks of experimentation, the recyclable lid debuted in more than 8,000 stores in the U.S. and Canada. But their plans to ditch plastic straws don’t end with recyclable lids. The company also plans to phase out the green plastic straws used in its frappuccino in favor of paper alternatives. Plastic straws will be phased out from their more than 28,000 stores by 2020.

This summer, the Philly-based food service giant announced its plan to reduce single-use disposable plastics at the hospitals, stadiums, national parks, and colleges it serves by 2020. Plastic straws and stirrers are getting the ax sooner, however, as the company plans to replace them with eco-friendly alternatives this September. In addition to their commitment to reducing single-use plastics, the company will be offering more reusable water bottles, coffee mugs and takeout containers to cut down on plastic waste.

United by Blue’s serious commitment to #StopSucking has earned them a top spot on the list. In addition to using paper straws and sip lids at their coffee shop, the durable goods company is releasing their second collection in collaboration with the Lonely Whale, an environmental group that helped start the strawless ocean campaign. As part of their collaboration, United by Blue released three new Lonely Whale themed products and reaffirmed their commitment to remove one pound of trash from oceans and waterways with every purchase.

All 17 Great Wolf Lodge indoor water parks across North America will say goodbye to most of its plastic straws by the end of 2018 as part of the company’s Project Green Wolf initiative. Plastic straws will be replaced with environmentally friendly paper alternatives. The company estimates the move from plastic to paper will prevent more than five million plastic straws from entering local landfills annually.

Large plastic straws are part of the bubble tea experience. Without them, the task of sucking up tapioca pearls of aloe jelly at the bottom of the drink becomes nearly impossible. But as bubble tea companies across the country scramble to come up with a plan in light of #StopSucking, Philadelphia Mr. Wish bubble tea shop is taking the plunge. The company told Philadelphia Magazine that it is making a transition, albeit a slow one, to other materials for straws and cups.

Biodegradable straws and stir sticks are coming to American Airlines flights this fall. In July, the company began their initiative to remove plastic straws by eliminating them from the airline’s lounges and they plan to bring that change to the air as well. Flights will begin serving on board drinks with eco-friendly straws and wooden stir sticks starting in November. The company estimates that by providing eco-friendly alternatives on all flights and in their lounges they will reduce plastic waste by more than 71,000 pounds per year.

Marriott plans to remove plastic straws and stirrers from all its hotels by July 2019 as part of their goal to reduce landfill waste by 45 percent before the year 2025. They estimate that these changes will prevent more than one billion straws and a quarter million stirrers per year from ending up in landfills and in oceans.

The Swedish furniture company plans to remove all single-use plastic products from its home furniture stores by 2020. They also plan to phase out single-use plastics offered in their restaurants, bistros and cafes as part of their updated People and Planet Positive sustainability strategy which aims to design all IKEA products to be waste-free as possible.

The global fast food announced plans to begin testing plastic straws in the U.S. later this year after trials in the U.K., Ireland and Belgium. They have also joined Starbucks and the environmental investment and research group Closed Loop Partners in an effort to create recyclable or compostable cups as part of the NextGen Cup Consortium and Challenge. Announced earlier this year, the Challenge will offer $1 million in prizes to innovators, entrepreneurs, industry experts and recyclers who submit their ideas for recyclable or compostable cups. These moves are part of McDonald’s goal to source 100 percent of their packaging from renewable, recycled, or certified sources by 2025.

Courtney DuChene is an intern at Philadelphia magazine. Additional reporting by Kylee McGuigan.