A South Philly Native’s Journey to Becoming a WNBA Player

Kamiah Smalls always imagined what it would be like to play in the WNBA. Despite COVID-19, she's finally making her dream a reality. 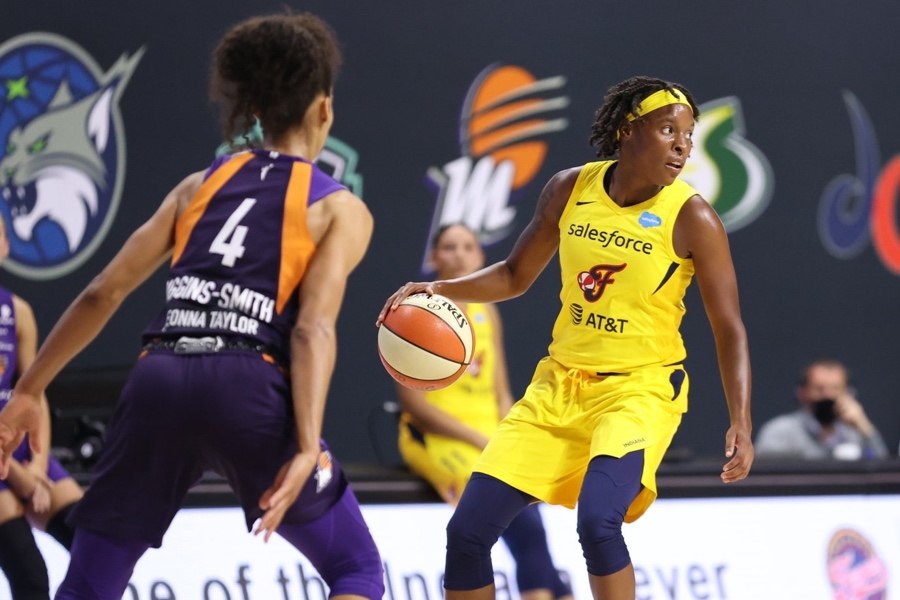 Kamiah Smalls, who grew up in South Philly, finally made it to the WNBA this August. | Photograph courtesy of Kamiah Smalls.

As a kid, Kamiah Smalls (@ksmalls3) indulged in a dream that many young athletes share: to make it to the pros one day.

But for Smalls, this spring the dream was actually coming to life — just as she was graduating college. The 22-year-old, then a guard at James Madison University, found out that she was going to play in the WNBA in April. She had been drafted as a third round pick by the Indiana Fever.

“It was my 22nd birthday when I got drafted. I didn’t need anything else that day; I didn’t want any more gifts,” Smalls, who grew up in South Philadelphia, says. “I was ecstatic. I was so ready for training camp.”

However the opportunity was short-lived: she was cut from the team right away when the Fever released her in May.

“When I ended up getting cut, it took me 24 hours to shake that feeling,” she says, “I sat around with my mom and my family and we talked about my emotions. They supported me. They really brought me back to reality. I sat down and remembered my why — why I had been working so hard to be on that draft board from the start. I decided to make sure I stayed in top shape. I decided to get to work right now. No matter where my cards fell, I still needed to make sure I was my very best athlete.”

Smalls, after all, was dealing with a lifelong dream. With her mother’s help, she had started off playing on a basketball team at age eight, but she had been playing at home since she was six. “My mom is definitely the reason why I’m sitting here talking to you today,” she says, “She was the first person to take me to organized basketball and get me involved with other players.

Growing up, she was drawn to learning more about muscles and physical health. While attending Neumann Goretti High School, she interned at Rothman Orthopaedic Institute on Chestnut Street. “If I wasn’t playing basketball that would definitely be something I would get into,” Smalls says. “ I interned twice in two different positions: physical therapy and orthotics. The body and movement has always been something I’ve been interested in. When I’m sore, I’ll try to take what I’ve learned about recovery to help explain what’s happening, as well as how to fix it.”

In 2016, she began playing college basketball while studying kinesiology at JMU. “The pace picked up a lot — those girls were much bigger and much stronger. I had to work on my strength and conditioning more,” she says. She improved her style and shooting  — before her season was cut short in March, Smalls averaged 18.6 game points per game and 5.5 rebounds per game. When she graduated this past spring, she was rated a three star recruit by ESPN.

But she was still leaving JMU, her safe haven, during the COVID-19 pandemic — becoming just one more 2020 graduate experiencing chaos and confusion at what should have been one of the most exciting times in her life. 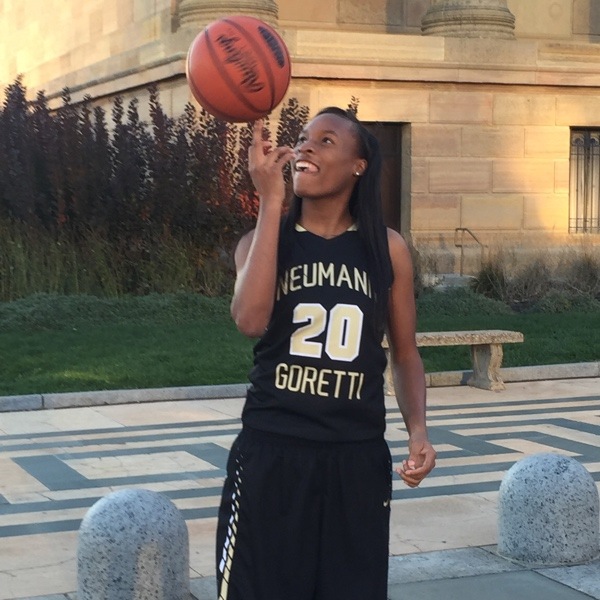 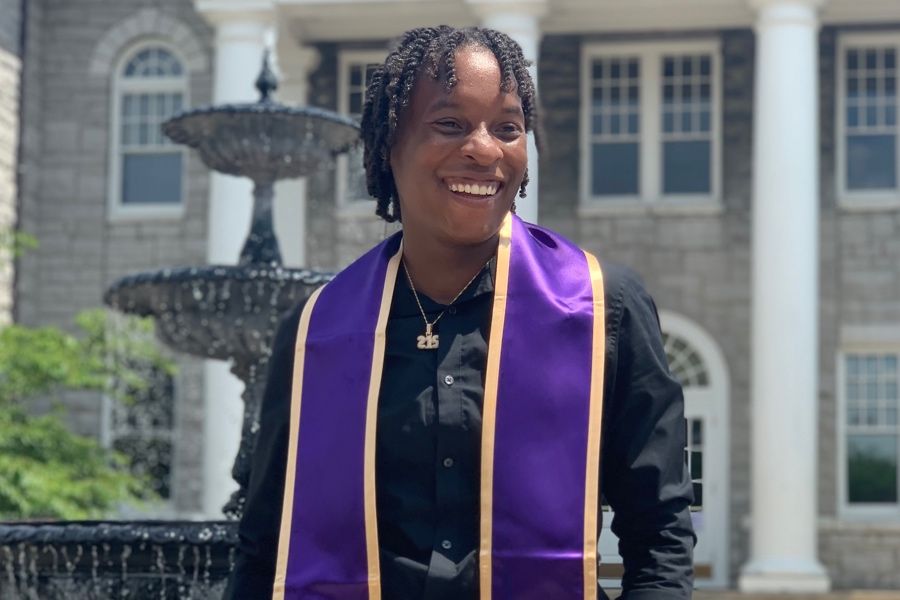 Kamiah Smalls graduated in 2020, during the COVID-19 pandemic. | Photograph courtesy of Kamiah Smalls.

Smalls passion for training and physical improvement helped her during the low times of the pandemic, especially after being cut. She had to come up with her own workout routine. Her goal was to take the time after being cut to advance her skills as a player. Her mother encouraged her. She told her she could still live out her dreams — it just may not be in the WNBA. She knew that her next best bet— to play for a professional team overseas — was still an incredible accomplishment.

“I worked out as much as I could,” Smalls says, “I was working twice as hard as I was before. I think being cut helped me a lot to be honest. Monday, Wednesday, and Fridays were my conditioning days. I ordered some dumbbells from Amazon. I was doing push-ups, overhead crunches, everything. On Tuesday and Thursdays I would dedicate my time to only basketball workouts. I brought my own cones and basketballs.” She even reached out to her best friend, Lexie Barrier, former teammate at JMU, to become her de facto personal trainer.

With the help of her friends and family, and a dedicated workout routine, Smalls was successful in her new goal — she signed a contract to go overseas to play in Italy. A week before she was supposed to leave for Europe, Smalls received a phone call that changed her life yet again — the Indiana Fever wanted her back on the team.

“I got a call from my agent that I was back on the roster for the Indiana Fever. I told him there was no question. I was going. All I wanted to know was ‘When’s my flight?’ I was going to the bubble,” Smalls says, “The security of that situation made me much more excited for the opportunity.”

Smalls couldn’t wait to prove what she really had to offer — which was exactly what she did on her debut on August 31st against the Chicago Sky. In her first game, she came off the bench fueled with fire, determined to prove that she deserved to be there. The new kid on the block produced 13 points, 4 rebounds and 2 assists in just under 17 minutes. She went out onto the court and didn’t miss a shot.

“I was probably looked at as the underdog, but that’s the best time to show what you got,” she says, “I was proud of myself for not letting anything get to my head. I’m here to inspire not to brag. I’m just so happy I was able to produce like that during my first game. I felt like I finally belonged — that I can be in this league, that I can hang with these people. All I ever wanted was my chance.”