My patients see me differently now that I’m more myself. 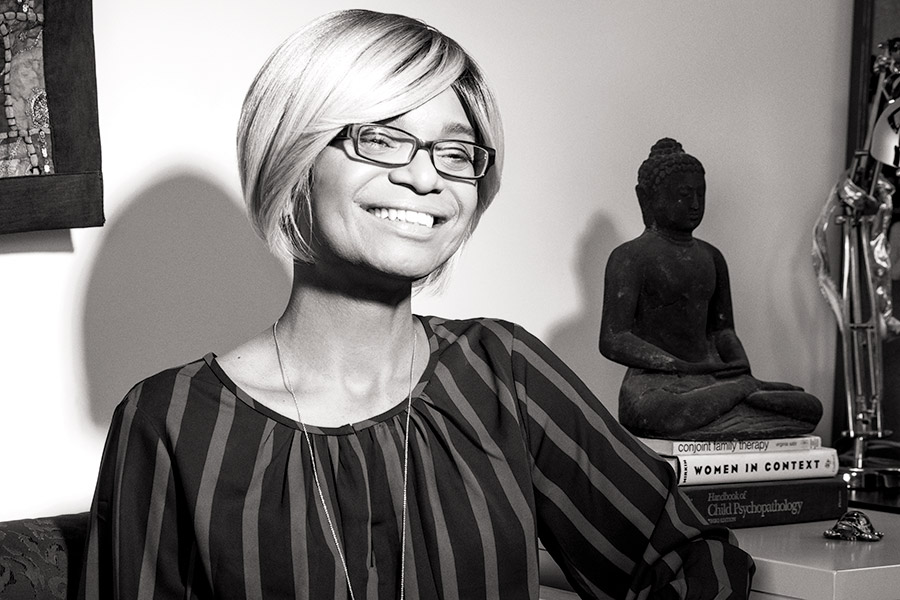 At the core of anyone’s journey to become more authentic is the desire for genuine self-expression, the need to remove a facade worn to placate others. More than a year ago, I embarked on a journey that, arguably, began many years prior but that I had suppressed out of both real and imagined fears: personal, familial, religious and professional. Over time, I came to realize that my struggles with gender dysphoria could no longer be ignored and that I was at a crossroads. I faced an existential crisis that could only be resolved in one way: The facade had to come off. My personal and professional identities had to finally converge.

As a clinical psychologist who had long identified as a gay male, I devoted a large part of my private practice to working with the LGBT community. I had assisted many transgender patients in navigating the challenging but life-affirming process of transitioning. As I listened to these patients, I saw my own experiences reflected in their narratives. Eventually, I realized that the gay male identity I had claimed didn’t adequately capture the essence of who I am. A wave of discontent swept over me, and I began to feel like I wasn’t being authentic. I began to feel like a fraud.

Prior to coming out as transgender, I saw myself as an ally to the transgender community; I offered compassionate and affirming care to patients seeking support during their transitions. The choice to embark on the process of converging my personal and professional identities has brought with it new and unexpected insights. There is a clear difference in how I relate to my transgender patients’ narratives now, and I’ve become keenly aware of the ways in which my gender identity informs my practice as a clinical psychologist.

An example: I used to understand from a purely theoretical perspective that encouraging transgender patients to attend support groups could enhance their identity development by creating a sense of community. I would often oversell this idea to my shy or socially isolated patients. It wasn’t until I confronted a similar choice that I understood some of the emotional barriers my patients face in deciding to take the initial step.

Also, soon after I started presenting as female, I noticed how differently many of the new female patients on my caseload were relating to me. At first, I attributed this to my own biased perception of these patients — I was the one having a “new experience,” presenting in my “new gender,” and potentially reading into these experiences. What I couldn’t ignore, though, was the significant change in what patients discussed with me compared to what I’d been hearing in the 20-plus years I’ve been in practice.

And though the themes I hear aren’t so different from those I’ve heard in the past — sexual trauma, sexual harassment, issues with body image or gendered interactions with intimate partners, to name a few — what is remarkably different is the ease with which these conversations are happening. Now, they occur without me offering much prompting or probing. It’s as if the mere presence of my female persona facilitates a level of inherent trust.

Coming out as transgender has enabled me to move toward greater authenticity by being vulnerable to others at the risk of both personal and professional rejection. I’m discovering how personally vulnerable I am on a daily basis simply by walking out of my house and facing a world that isn’t always kind to individuals like me. But I persevere even on days when I’m unable to “pass enough” as female to escape the looks of disdain, disgust and confusion I see when out in public. I persevere even after I receive subpar treatment by indelicate health-care providers. And I persevere even when well-meaning friends, relatives, colleagues or patients misgender me. Professionally, transitioning has made me vulnerable to patients in a way that goes against my training as a psychologist. I’ve had to self-disclose the deeply personal and risk professional rejection or a loss of livelihood. But despite my worst fears, this journey has also shown me the best of human compassion, and how rewarding it is to finally be seen as the authentic person I was meant to be.

Adriana Castro-Convers is a Latina/bilingual clinical psychologist at Pennsylvania Hospital and in private practice, working with individuals, couples and families.