A noncommittal dabbler in running finally goes all in. 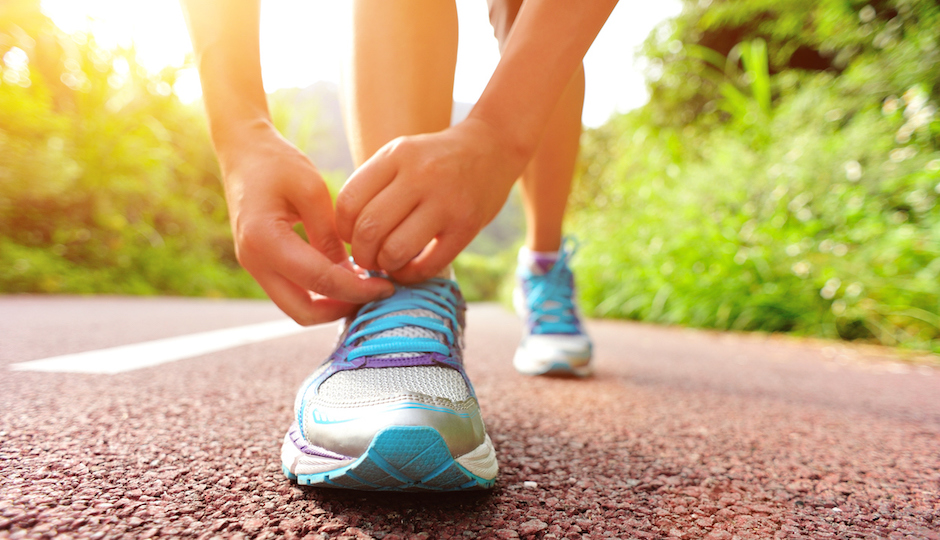 Running: It’s an activity people are either obsessed with it (like, to the point of eye rolls) or vehemently dislike. I’m here to say that I’m a proud recent convert to the former group. Now, like any good runner, I’m going to talk your ear off about it.

I’ll admit it: In the past I have always chosen a fitness class over running. In fact, I did the fitness classes so I didn’t have to run. I played basketball and dabbled in a few other sports through middle and high school where running was a thing, and that was okay, because I had to do it. But “recreational” running was never a pastime that interested me. But for a little over a month now, I’ve hit a good stride (ya see what I did there?) with running. And, shockingly, I don’t dread it — I actually look forward to my jaunts and try to squeeze it in whenever I can.

Now, I can’t say that I haven’t tried to get into running before, because I have — unsuccessfully. But this time around I’m doing things a little differently. Below you’ll find the six running tips and tricks that I’ve picked up in my short but impactful time as a runner.

1. Running buddies are a MUST.
Realizing this has been absolutely KEY in my maintaining my running efforts. My meet-ups with running buddies help with the consistency of my running routine, because the dates we pencil in for runs are pretty much the only days our schedules allow, making it feel kind of mandatory (in my head at least). Hitting the road (er, sidewalk) with friends — for me, at least — also makes it a lot more fun. It’s not like we’re chatting the whole time (insert pants here), but the company is nice. The group dynamic is also slightly competitive, not in that I want to beat them or that it’s by any means a race, but more that I have to keep pace with the group and push myself. Plus, we usually hang out for a little afterwards so we do get to chat and catch up eventually, making the running session a social activity.

2. It’s all about location.
I always thought that running on treadmills was supposed to be the easiest option: You don’t have to deal with the elements, you can control more of what’s happening with the speed and incline and, since treadmills are most often at the gym, you feel inclined to pick up some weight while you’re there. Well, I learned that this is not the case for me — right now, at least.

Running outside has made such a difference for me. And to take the outside thing a step further, I like to run in lap-like patterns. So, around a couple blocks and back or at this square-ish park by my house. It’s easier for me to keep track of the distance and is definitely helpful for me to keep an end in sight. Running aimlessly, as sexy as it sounds, makes me feel impatient. (Not sure what that says about my personality …)

3. My running habit has made me healthier, even off the trails.
Pre-running me was definitely a healthy eater. (I love me some vegan mayo, but I’m certainly not a total junk-food vegan.) But since my running career has taken off (ha), I find myself wanting to eat more healthfully than ever — less vegan mayo, more just straight-up veggies and protein for dinner. When I’m making my weekly grocery list, I find myself typing “Healthy Vegan Recipes” in the Pinterest search bar and really investigating to find the healthiest ones. Basically what I’m saying is this: Running has inspired me to have healthier habits, even when I’m not pounding the pavement.

4. Apps really are worth obsessing over.
When I’m not with my actual running buddies, I utilize a virtual running buddy in the form of a running app, Runkeeper. It keeps track of your pace, the length of time you’ve been running and your mileage. And, if you have headphones in, it periodically interrupts your tunes to give you updates about all of that info, which is super helpful because there’s none of that struggling to unlock your phone while still trying to keep your stride and not run into a tree. (Or is that just hard for me?)

On a serious note, I think this app has played a big part in me learning to enjoy running. The stats have given me a little confidence — I realized that I don’t suck as much at running as I thought. I can actually run a mile straight, without walking, and that mile isn’t even all that slow! Plus, I can look back at previous runs to see my progress, which helps me to see how far I’ve come. (Hey, ego boost!)

5. Running really does feel good (no, really!).
Okay, I finally get it when people say, “I’m addicted to running.” When I get home from a run I feel so energized and just generally jazzed about life. When I got home from a recent run, my boyfriend literally asked if I did drugs or something — which, of course I didn’t. I’m telling you: jazzed. Endorphins, man!

During and after a run, all of my insides feel how I think they always should feel. And my knee, which has given me trouble since an ACL repair five or so years ago, feels better than ever — I don’t even feel the need to wear a brace anymore. Plus, now, after a month of sticking to a steady running schedule, I feel totally ripped. Okay, not totally ripped, but I can now see definition in my abs where I didn’t before.

6. It gets easier!
People always said this to me but I never believed them — probably because I never stuck with a running kick long enough for it to actually get easier. But now, I find that the runs that used to feel miserable and endless halfway in now fly by and I find myself pushing on for a little longer each time.