A Diet of Soylent Is My Worst Nightmare — Why Are People Into It?

When did we become too busy to chew? 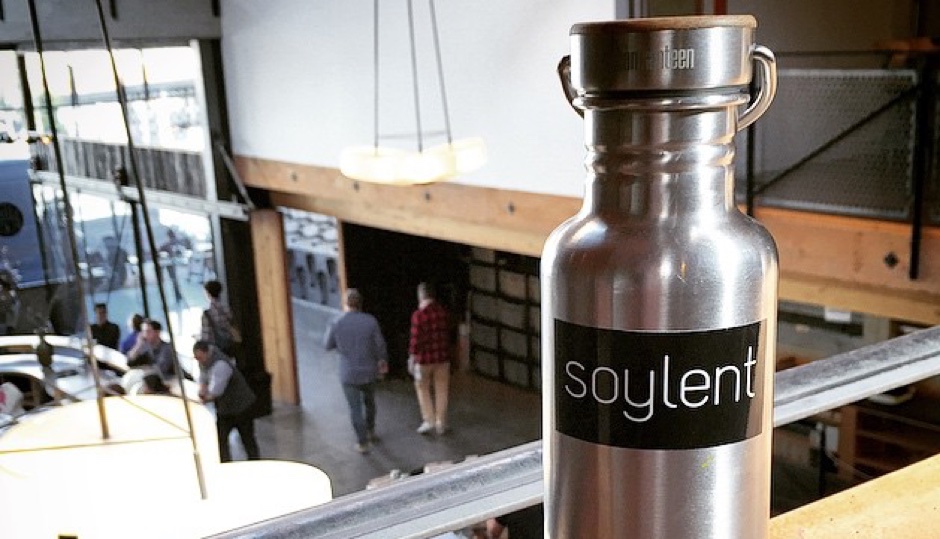 One day not too long ago, in a late-night Instagram spiral that landed me on the page of a local vegan chef, I spotted, somewhere down the rabbit hole, a photo of their fridge filled with Soylent and nearly dropped my phone onto my face. WHY? I asked myself. Whenever I am confronted with the fact that people regularly buy and consume Soylent — the company recently raised $50 million in funding, and as BizPhilly reported yesterday, they just announced a partnership with goPuff in 11 cities, including Philly — it makes me ask the same question I always ask when it comes up that Selena Gomez is the most-followed person on Instagram (you caught me: People.com is my homepage): WHY? Aren’t there more interesting, worthwhile, joy-inducing things out there for people to spend their money and time consuming than a beige meal replacement that’s been described as tasting like “wet cardboard,” “old refrigerated oatmeal,” and “licking stamps”?

The ready-to-drink meal, which claims to provide 20 percent of your daily nutrition per 14-ounce bottle and is often compared to hospital-feeding-tube food, launched in 2013 as a food substitute for the techies of the world — the people who were “too busy” building apps or whatever they do in Silicon Valley to think about a meal, find said meal, and use a fork and knife to eat it. And it’s better for you than, say, McDonald’s. As Fabiola Cineas points out on BizPhilly, it seems Soylent beats the average Northern American diet when it comes to nutrition content — not that that’s hard to do.

Now, they market themselves as an option for all the busy people of the world (so, everyone?), with the idea of the Soylent product being simple: If you’re busy, you don’t need to worry about solid food — just grab a $3-ish bottle of Soylent and you’ll be good to go. Per their website, “Protein, carbohydrates, lipids, and micronutrients: each Soylent product contains a complete blend of everything the body needs to thrive. It turns a full meal into a one-step process. It makes things a lot less complicated. And when you’re busy, it takes eating off your plate.” Elsewhere on the site they say, “Twist…lift…and eating is solved.”

And this is exactly why the rise of Soylent makes me, at best, cock my head to the side in confusion at anyone who defends it and, at worst, scream “WHY?!” in their face. Since when did we become so busy that eating solid food off of a plate became an inconvenience we couldn’t bear to subject ourselves to? And when did throwing some ingredients together — say, a couple slices of whole grain bread, a vegetable or two, a bit of protein— for a meal become such a mountainous chore? And when did consuming food that tastes good drop so low on the priority totem pole, landing below the ability to slave away at your desk through your lunch hour? Eating a diet of Soylent, for which flavor has never been the draw, is my worst nightmare. Even the thought of ordering one through goPuff for lunch when a deadline is looming makes my heart sink. I like chewing. And sure, the healthy-eating world has played its part in the liquid-food craze with the rise of juice bars and smoothies — but at least those taste good (well, usually). (Soylent does have a caffeinated line that’s supposed to taste better than the original line.)

I get that many people in the world now value convenience over damn near everything else that society has been built on for, um, ever. That’s probably why a company thought it was okay to create a vending-machine-like concept and call it Bodega, completely disregarding the cultural characteristics that are implied when you call a store a bodega. (Thankfully, Twitter dragged them immediately.) But still, I can not for the life of me wrap my head around why this drink, which promotes the idea that taking the time to fulfill a basic function of survival — one that has served as a cultural backbone since the dawn of time —isn’t necessary, seems to be thriving. Is everyone — even chefs — hanging out in online forums titled “I Hate Solid Food,” ranting about the misery of being forced to put chewable items into their faces at intervals throughout the day, without me?