Frankford Avenue in Fishtown Is Home to Some Killer Cocktails 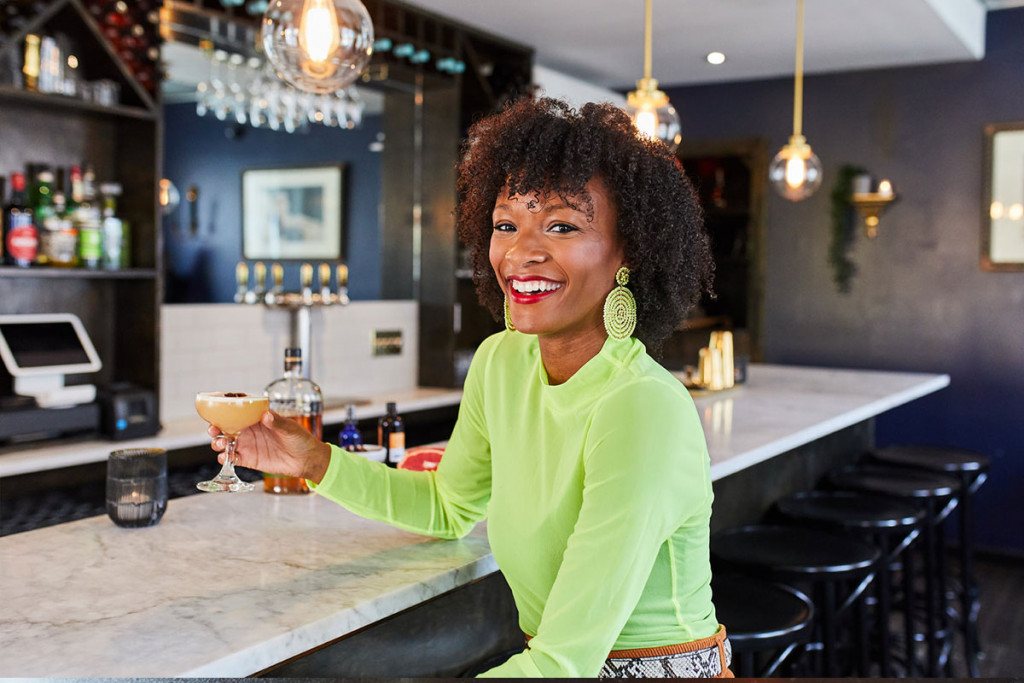 As if you needed an excuse to order a cocktail, Philly’s bar scene is mixing up some top-notch drinks at the moment. The spirit of the season: bourbon, which complements both reinvented classics and more contemporary creations. The result? Well, it’s worth tasting for yourself.

This new wave for whiskey is surfacing in none other than Fishtown, where Davida Janae of Vida Fashionista has scoped out two top drinks to try this month. The local lifestyle blogger just taste-tested her way along Frankford Ave — home of two women-owned bars taking bourbon in new directions.

Consider tasting these signature specials part of your March to-do list. It’s the easiest (and best-tasting) assignment you’ll get done all month. 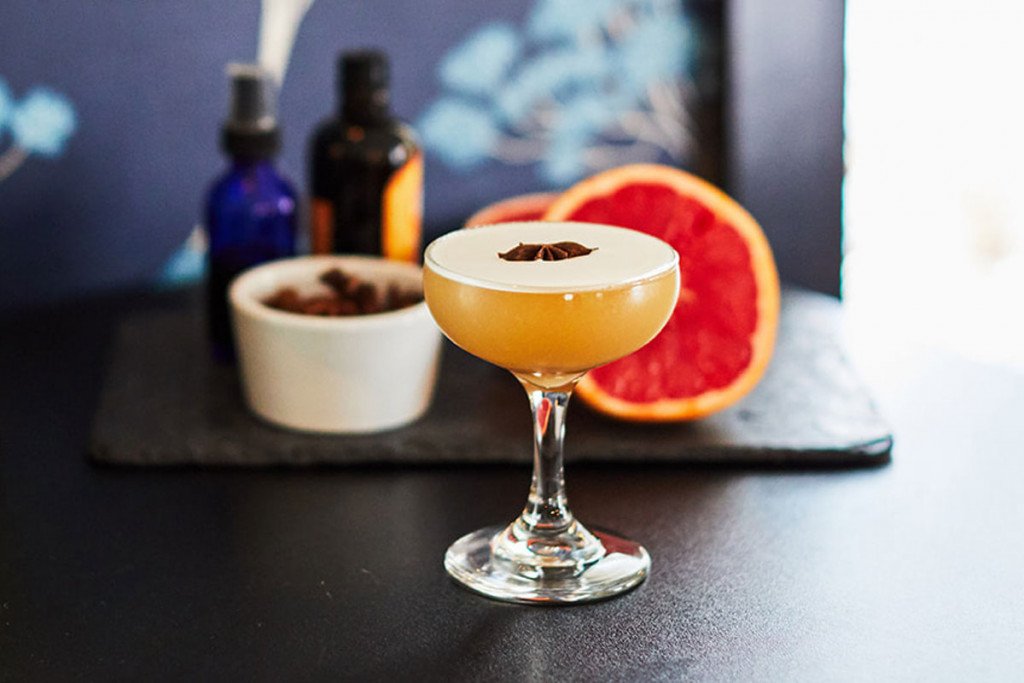 While the Vanessa Wong-owned wine bar stocks a vast array of natural bottles, Fishtown Social (1525 Frankford Avenue) also makes some mean cocktails. For the winter rendition of its rotating social special, the inventive team looked to in-season produce as inspiration.

Fresh-squeezed grapefruit plus anise-infused maple syrup and Aztec chocolate bitters complement rye whiskey. A star anise pod floats in the middle, but another addition impressed Davida when sipping the Winter Social Sour. “It’s my first time having a drink with egg whites in it,” she says. “It basically brings frothiness to the drink.”

“With a lot of bourbon and whiskey drinks, people get scared because they can be really strong, but this is a nice mixture of flavors,” she adds. “Anybody could drink this.” While there’s nothing wrong with clinking this glass with close pals, Davida has a specific occasion in mind for the Winter Social Sour: “This is more like a date-night drink,” she says. “It’s kinda sexy.”

There and Back Again – Aether 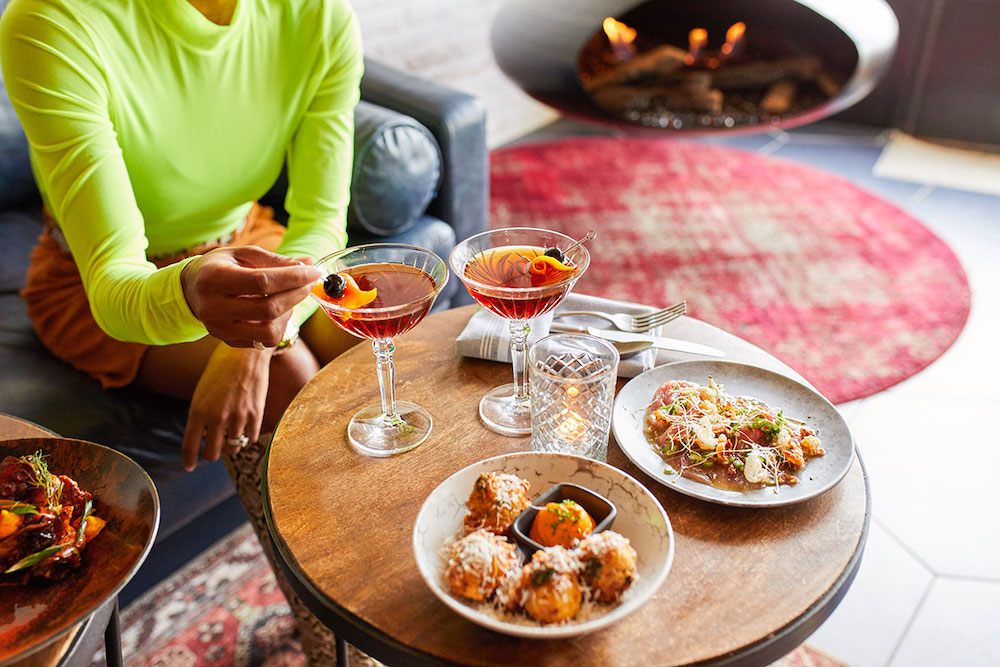 Up the street at Aether (1832 Frankford Avenue), the restaurant’s timeless vibe inspired an updated classic. The caramel notes of Italian amaro plus cinnamon- and clove-infused sweet vermouth bring out the body of a Kentucky bourbon. Angostura bitters and vanilla extract complete the stirred drink. With a maraschino cherry (and orange peel) on top, the old-fashioned coupe glass is ready to serve.

“It’s a fun take on a Manhattan,” Davida says. “It’s a little spicier, but the flavor from the orange takes away the bite.” Enjoy it by Aether’s floating fireplace on chillier nights or by the bar with one the seafood spot’s specialties. The tuna carpaccio with crispy chicharrón, alfalfa sprouts and jalapeño pairs perfectly. Or opt for the so-called “Philly Jawn,” a roast pork sandwich in beignet form served with smoky paprika aioli.

So how do these two neighboring cocktails compare? “The first one definitely surprised me. This one is definitely more traditional,” Davida says. “Two different tastes, same liquor.” 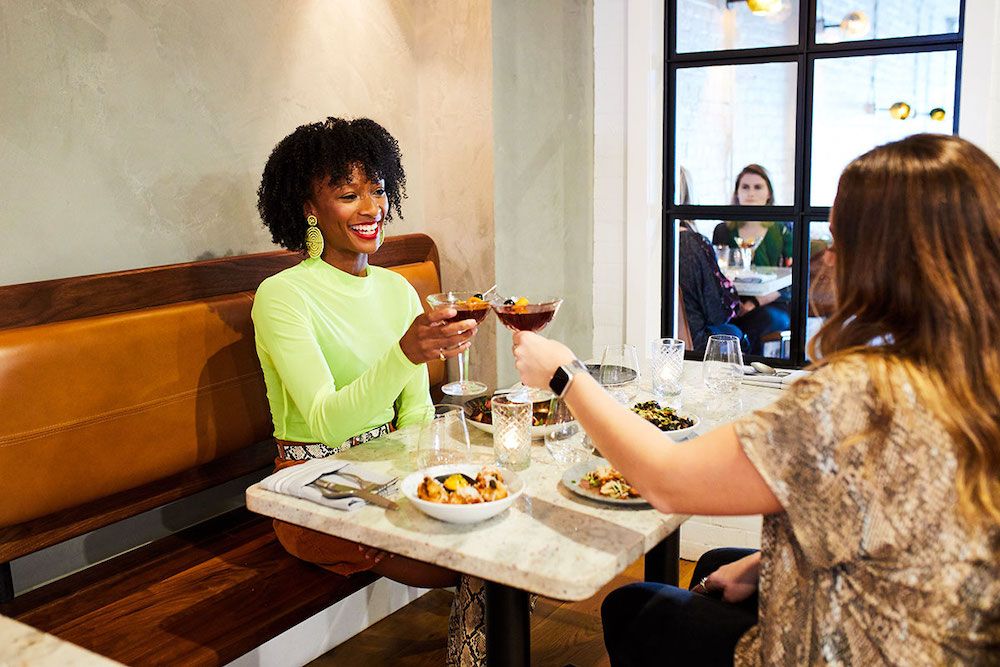 Try these signature cocktails, available this month only at Fishtown Social and Aether on Frankford Avenue in Fishtown.