Alzheimer’s May Have Link to Infection, Says Philly Professor 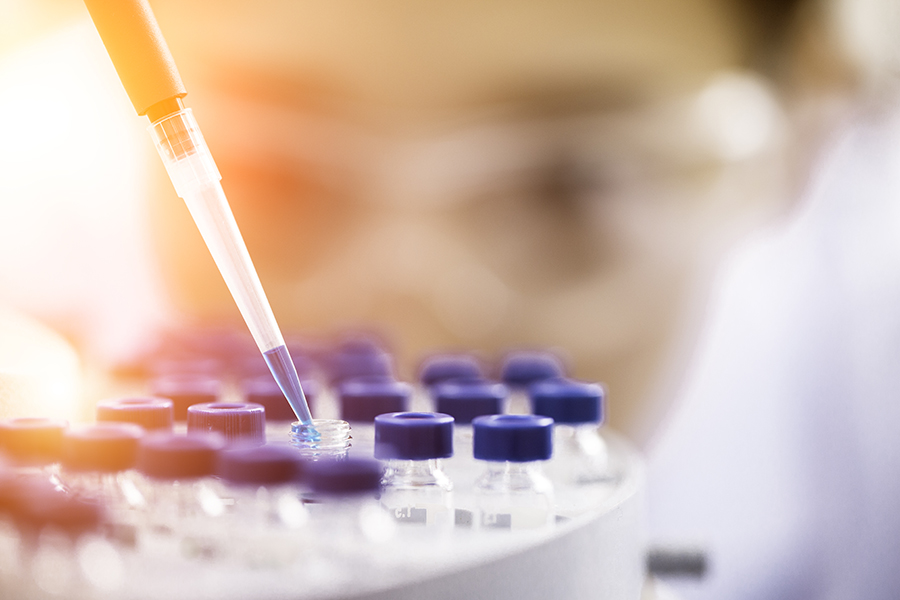 Alzheimer’s disease affects more than 5 million Americans. As it stands, researchers and medical professionals attribute this cognitive disease’s cause to a variety of genetic, lifestyle and environmental factors, from age-related changes, like brain shrinkage, to vascular conditions, like stroke or high blood pressure. However, the exact causes still remain unclear.

Brian J. Balin, PhD, is a professor of neuroscience and neuropathology in the Department of Bio-Medical Sciences at Philadelphia College of Osteopathic Medicine (PCOM) who studies the causes of Alzheimer’s disease. For over 20 years, he’s worked off of a hypothesis that suggests Alzheimer’s could be linked back to certain infectious agents that travel through the respiratory system and into the brain. Through his and his colleagues’ rigorous work at PCOM, they have uncovered leads that could prove his theory. Below, we sit down with Dr. Balin to discuss this breakthrough research.

Can you talk about the breakthrough research that’s happening at PCOM in relation to Alzheimer’s and infection?
We’re working on a hypothesis that certain types of respiratory infections can get into a person’s brain and actually cause Alzheimer’s disease. We’re working with two different organisms here, one is a respiratory chlamydial organism, called Chlamydia pneumoniae and the other is the Herpes Simplex virus type one, which causes cold sores.

What led you to this hypothesis?
One of my very good colleagues, Alan P. Hudson, Ph.D., from Wayne State University, and I opened the discussion about Chlamydia pneumoniae and Alzheimer’s disease. At the time, he was studying the sexually transmitted form of chlamydia and he told me about the respiratory form. In the mid-1990s it had shown to be involved with atherosclerosis, a blood vessel disease often attributed to high cholesterol levels. As a neuropathologist, I asked if anybody bothered looking in brain tissues for that organism. We found that nobody had so we tested brain tissue samples for Chlamydia pneumoniae. The vast majority of the brain tissue samples with Alzheimer’s disease tested positive. The negatives were from the control brains that did not have Alzheimer’s disease.

We started asking questions, like what’s it doing there, how is it getting there, could it actually be a cause of the problem? Now, after 20 years of research, we have identified that our sense of smell, as well as our vascular system, provide these organisms with access to the brain. When the organisms enter through these systems they can cause inflammation in the brain. This suggests that infection could cause this disease. At this point in time, there is a group of us from around the globe who have been studying different types of infections. We have a lot of evidence that suggests that they could be risk factors and/or causative agents for Alzheimer’s disease.

What steps are still needed to solidify or confirm this research?
Others may not be convinced at this time, and that’s in part because we can’t test this in people. What we’re doing is experimenting with animal models to see if, after infection, there are any changes that indicate a negative effect on memory or cognitive abilities, and whether pathology similar to that found in Alzheimer’s disease develops in those brains. We have a number of publications, which show that, following infection, there is indeed a similar pathology.

In my estimation, our studies are demonstrating a proof-of-concept mode, proving that infection could actually create the same problem in humans.

When can this research start going into effect within the medical field?
We in this field believe that the time is now. We should be developing clinical trials with antibiotics, antivirals and anti-inflammatories for newly diagnosed individuals with Alzheimer’s or those who might be undergoing mild cognitive impairment. These trials can be done with antibiotics, antivirals and anti-inflammatories that already exist–we don’t even have to develop a new drug. But we have to start applying them at a point in time when we can still make a difference.

For more information about Philadelphia College of Osteopathic Medicine and its research, visit pcom.edu.