A First Look at Lincoln Square

Now that they've cut the ribbon on the mixed-use apartment/retail complex at Broad and Washington, we can give you a look inside the residential part. 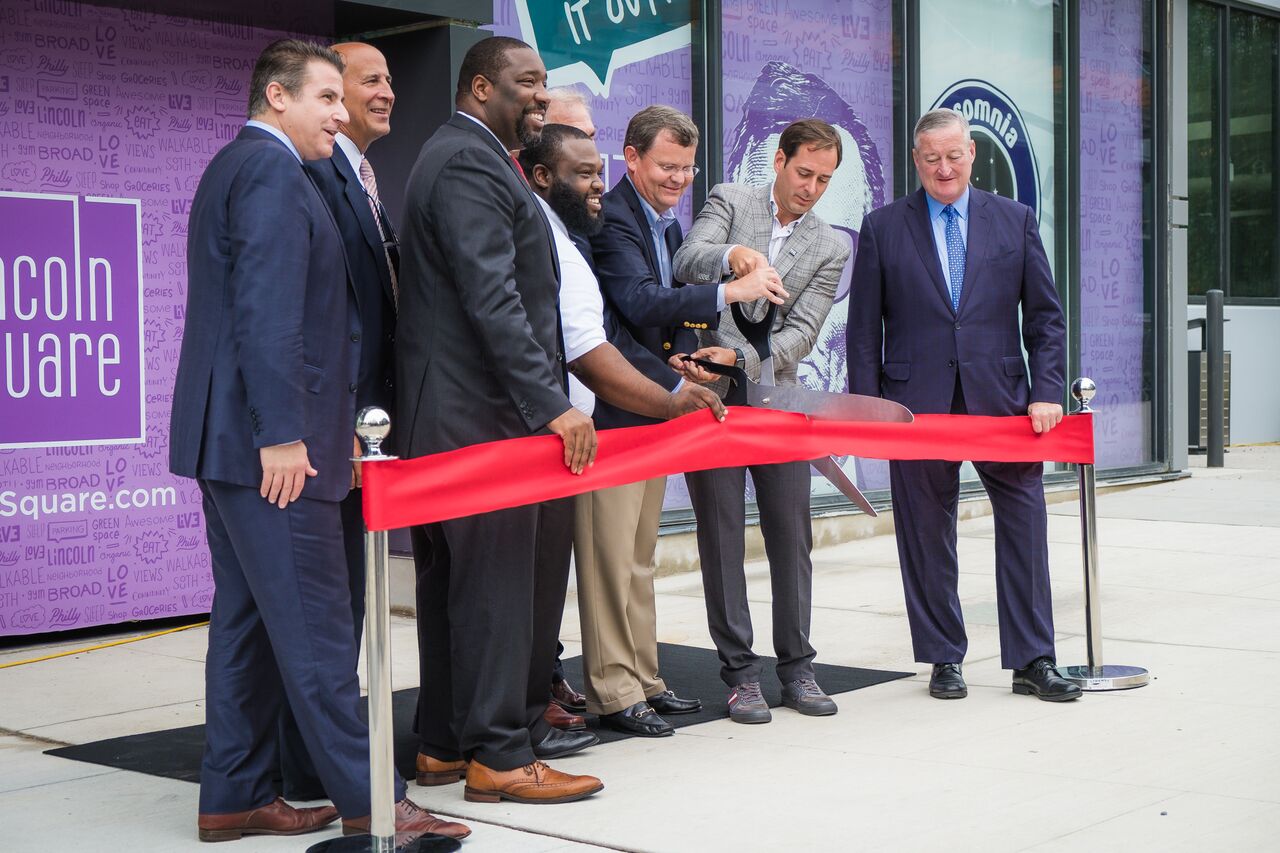 The building, however, already had some tenants: PetSmart had already set up shop in the retail space, and some residents are now ensconced in their apartments. Five other commercial tenants, including Target and Sprouts Farmers Market, should take up residence in the next month or two. Retail property manager Kimco added two more names to that list — Insomnia Cookies and Chipotle Mexican Grill — at the groundbreaking.

The complex consists of a refurbished 1850s Pennsylvania Railroad freight depot, which Sprouts will occupy, and a new nine-story building designed by BLT Architects. A pedestrian promenade runs between the two structures, and a parking garage lies partly buried in the crook of the L-shaped apartment building, avoiding the plague of the parking podium. 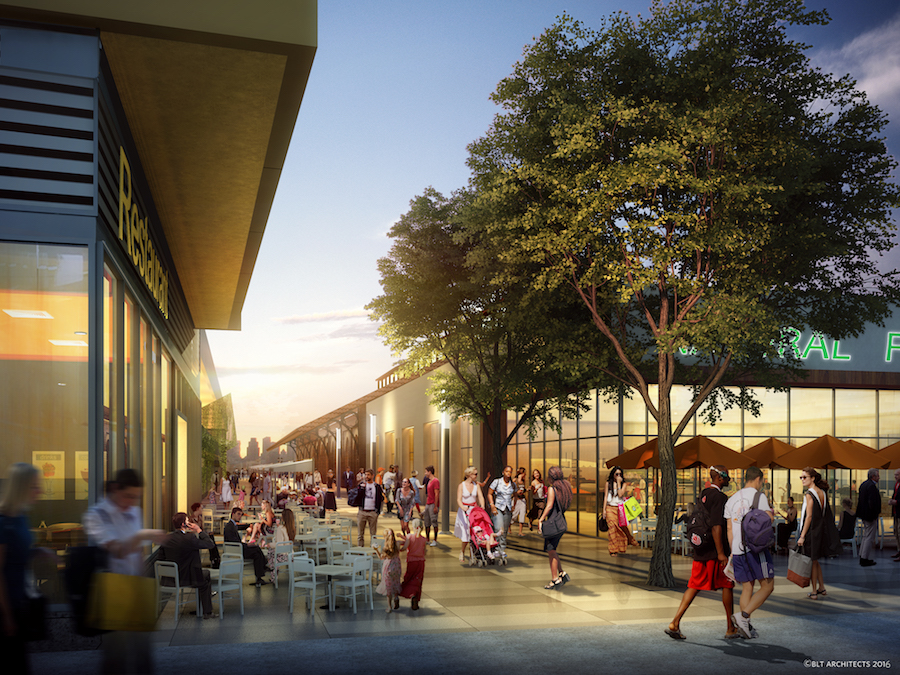 Rendering of the pedestrian promenade

BLTa Principal Michael Prifti said of the complex, “Philadelphia is a ‘city of neighborhoods,’ and well-designed multifamily developments add value to these neighborhoods. Lincoln Square is rich in retail offerings and public space that will invigorate the surrounding area as much as the community of tenants who call it home.”

And what will those tenants find in their new home? The photos below offer a glimpse. It’s well equipped with community amenities, for starters: 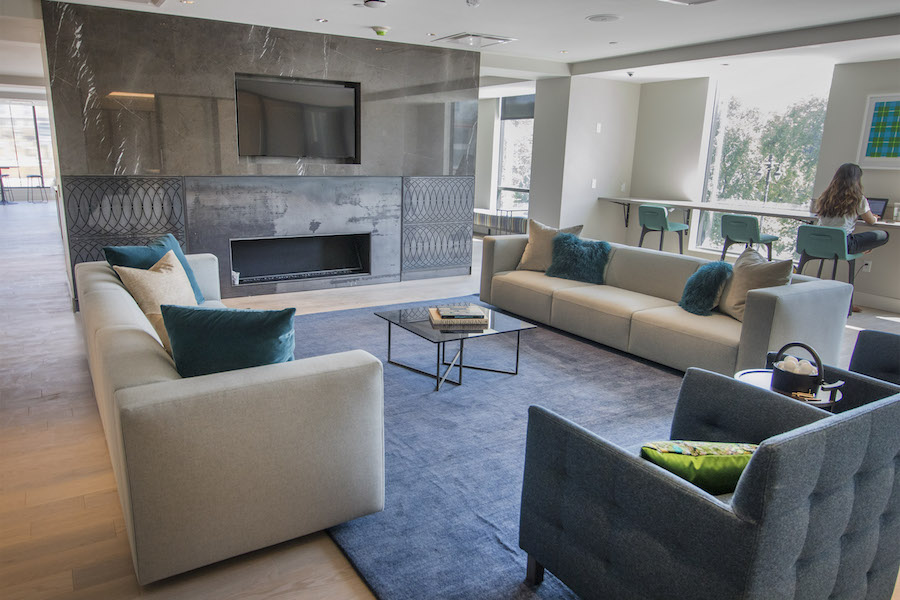 This residents’ lounge has a large-screen TV, fireplace and workstations. 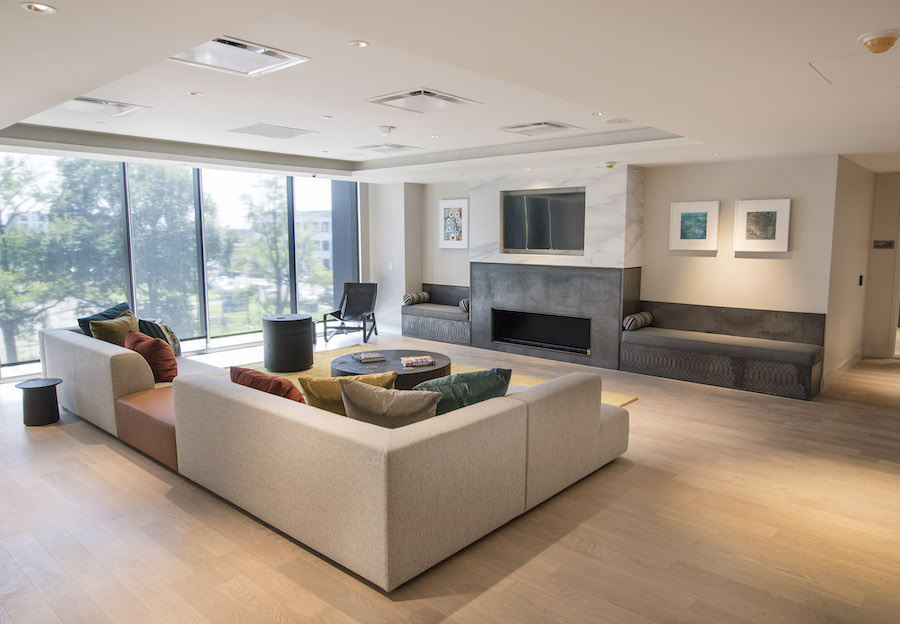 This lounge also has the TV and fireplace but no workstations. 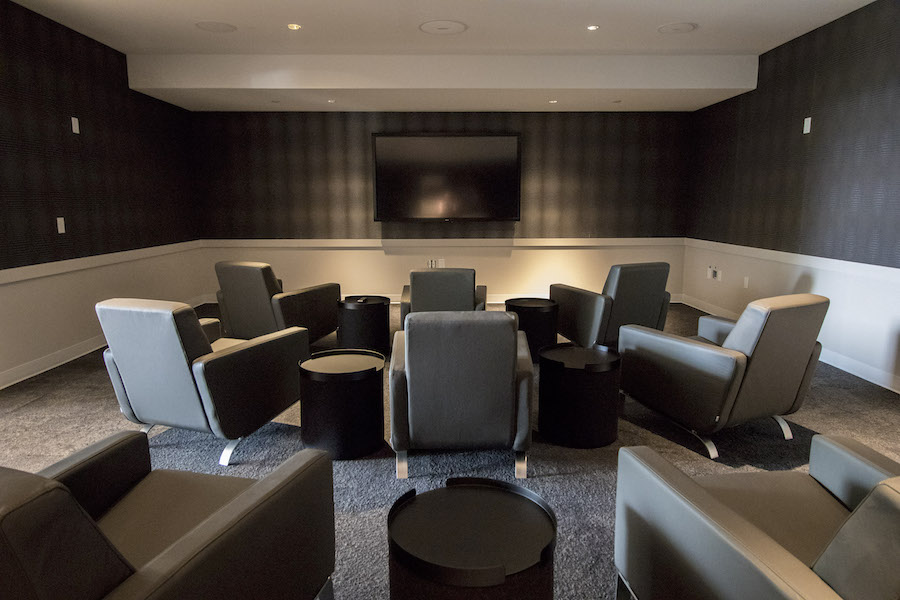 There’s a theater off the residents’ lounge… 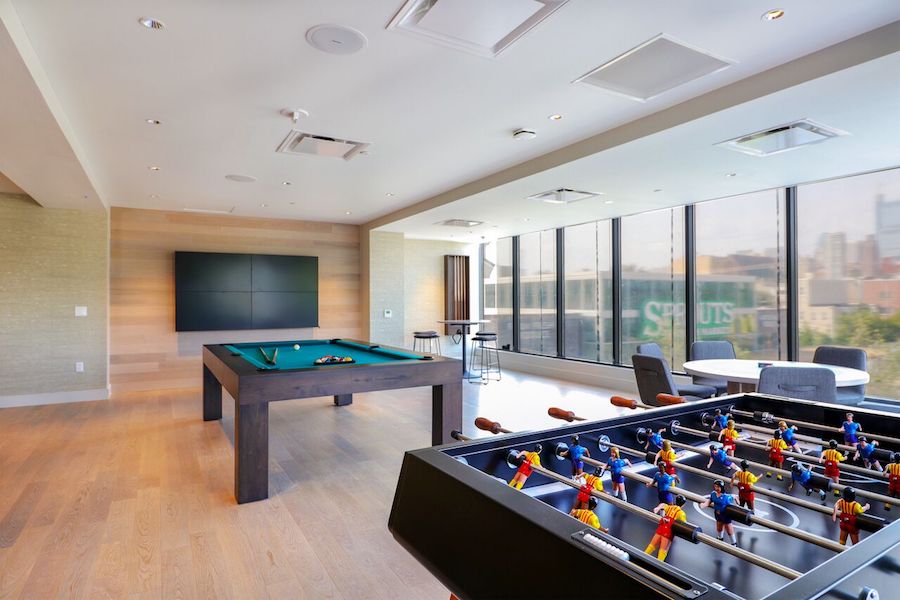 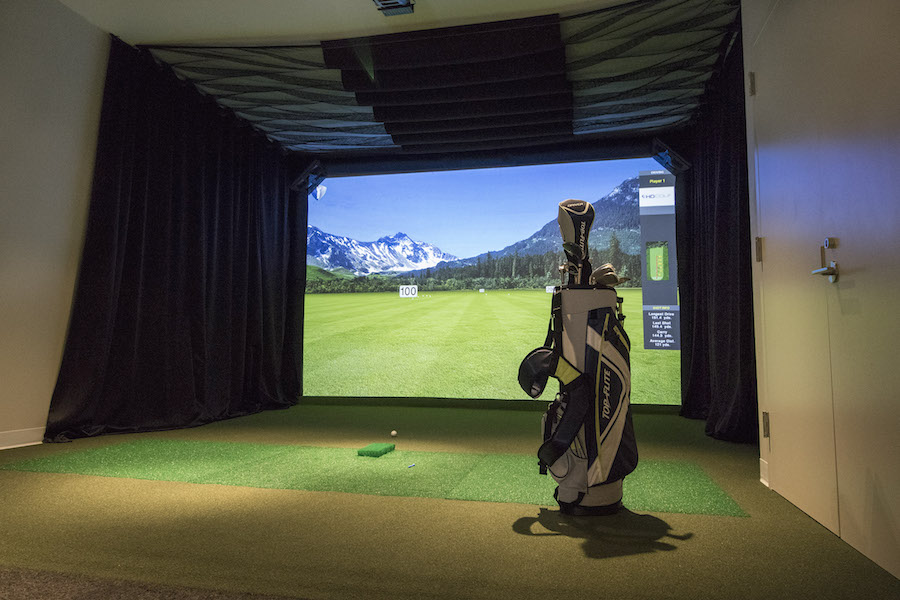 …and a golf simulator. 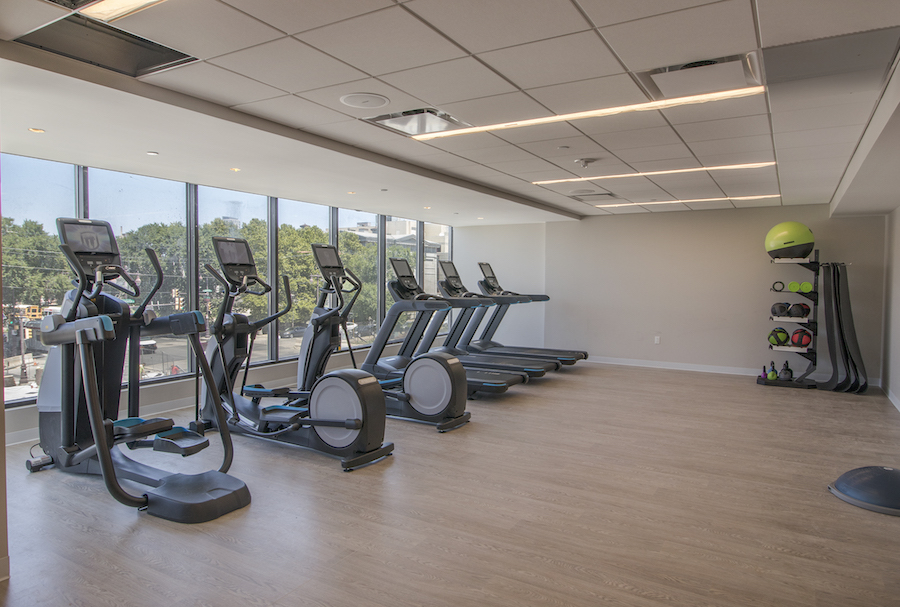 The fitness center has a view up Broad Street. 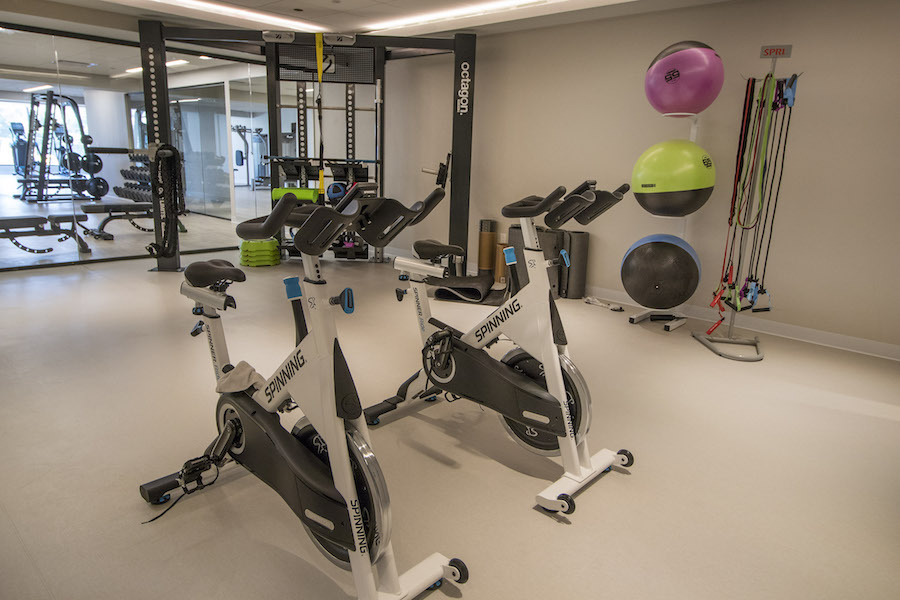 The yoga studio in the fitness center. 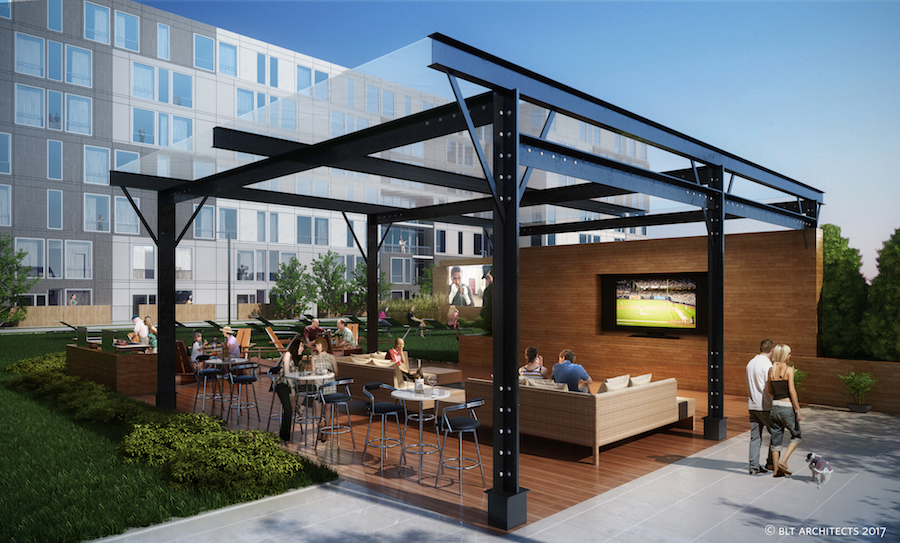 Rendering of the lounge on the green roof that tops the garage. 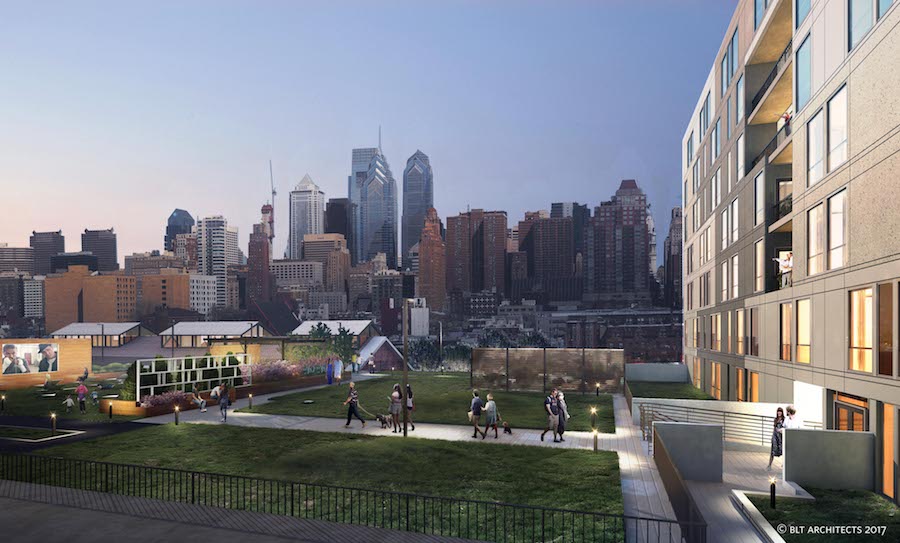 And this model unit gives you an idea of what the apartments themselves look like. 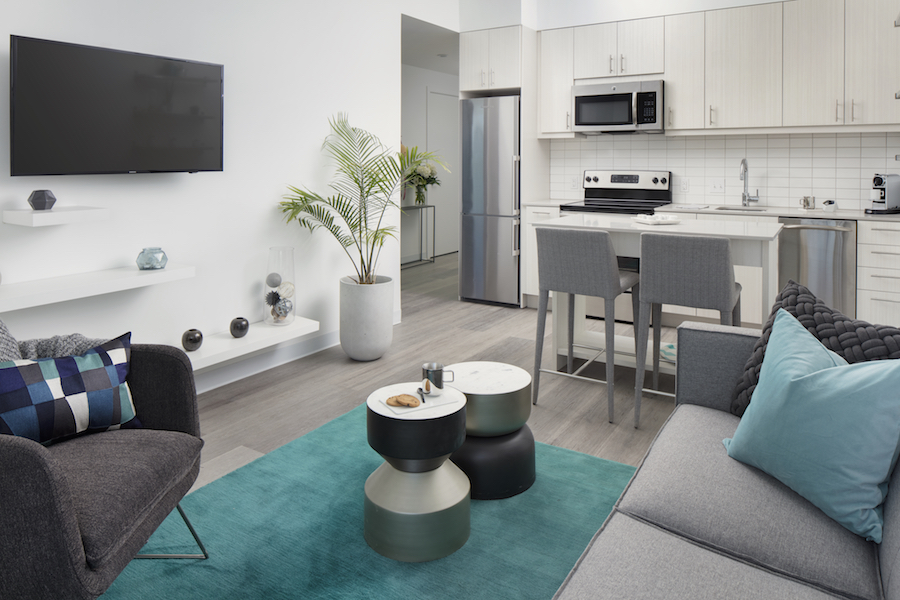 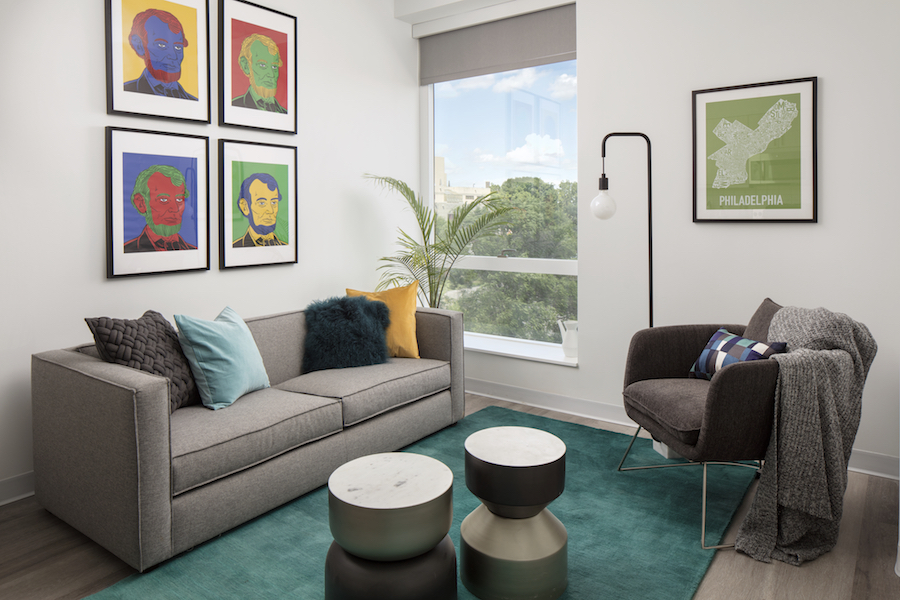 Living room. The development takes its name from President Abraham Lincoln, whose funeral train stopped here on its way to Washington 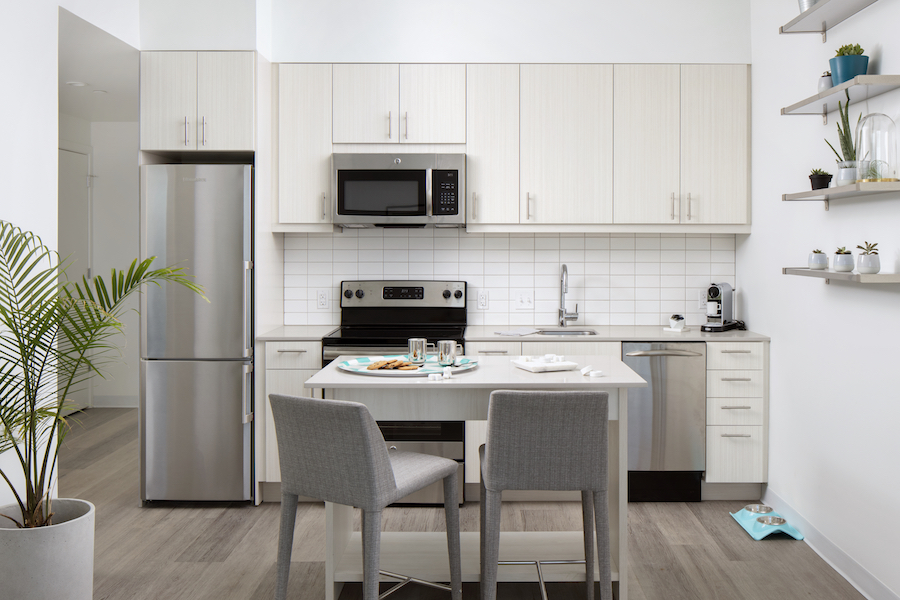 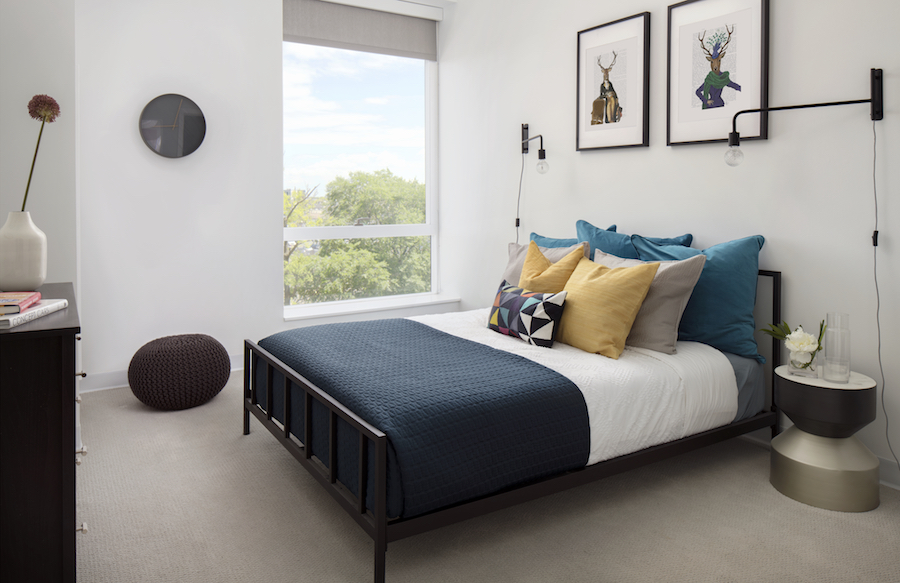 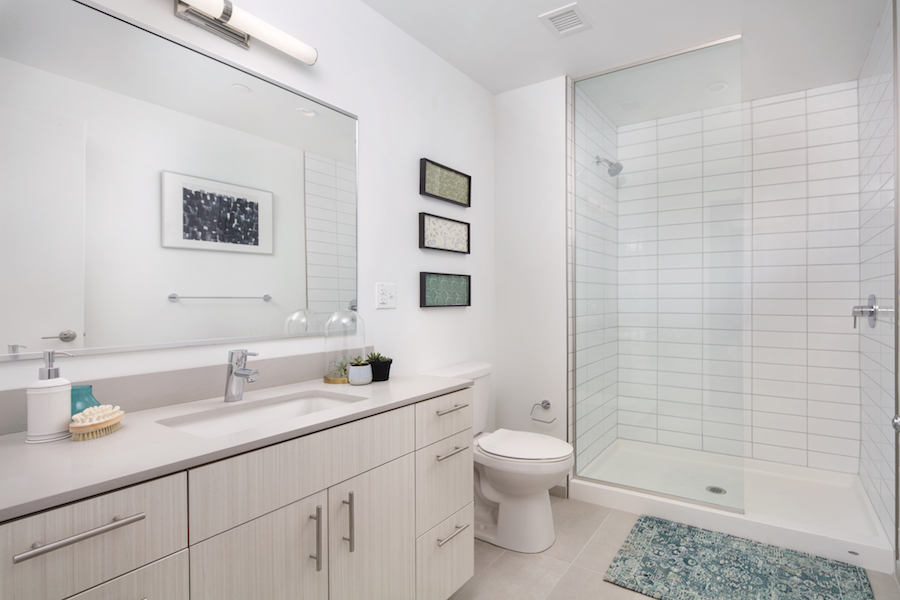