Investigators on the island have not ruled out foul play in determining a cause of death for Mark Dombroski. 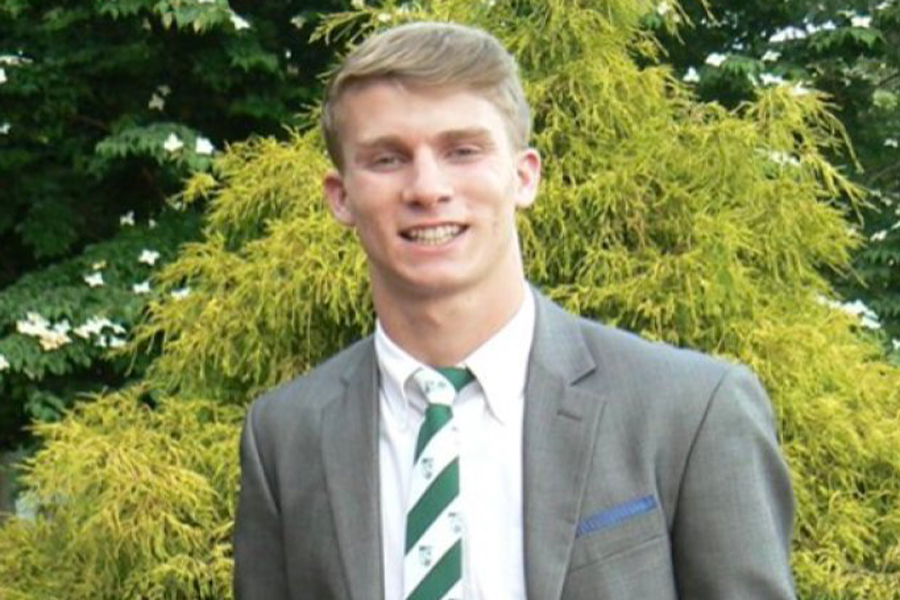 The body of a Saint Joseph’s University rugby player who went missing on a team trip to Bermuda has been found by authorities on the island, according to multiple reports.

Nineteen-year-old Mark Dombroski was last seen by friends shortly after midnight on Sunday at The Dog House Bar in Hamilton, the Bermuda Police Service said. An island-wide surveillance camera system captured him walking alone down a street in Devonshire Parish while talking on his cellphone around 1:15 a.m.

Police say Dombroski never made it back to his team hotel that night. On Monday, his body was discovered two miles away from the bar in a moat located at the base of a colonial-era fort.

Investigators have not ruled out foul play at this time. An official cause of death for Dombroski is pending the results of his autopsy.

Those who knew Dombroski from the rugby community or his home in Delaware County took to Twitter in remembrance.

We've learned of the sad loss of SJU Hawk Mark Dombroski. We send our thoughts and condolences to his family, friends, and teammates.

It is with great sadness that we inform you of the loss of a dear friend & recent graduate, Mark Dombroski ’17. Mark died while on a rugby tour in Bermuda with @saintjosephs. We extend our deepest sympathies to the Dombroski family along with Mark’s friends and classmates. pic.twitter.com/fMC3x4QbU9

@HawkRugby you are all in our thoughts. Words cannot begin to explain what has happened…please, on behalf of the America Rugby community, know you, the Dombroski family and everyone on your campus is in our thoughts during this time.

Our thoughts and prayers are with the St.
Joseph University Community on the loss of student Mark Dombroski.

Completely heartbroken for the Dombroski family

Whether it was Media Little League baseball, or everything that you did for the Nativity BVM community, you did it with a smile on your face. Rest in Peace, Mark Dombroski. A gifted athlete, and an even better person.