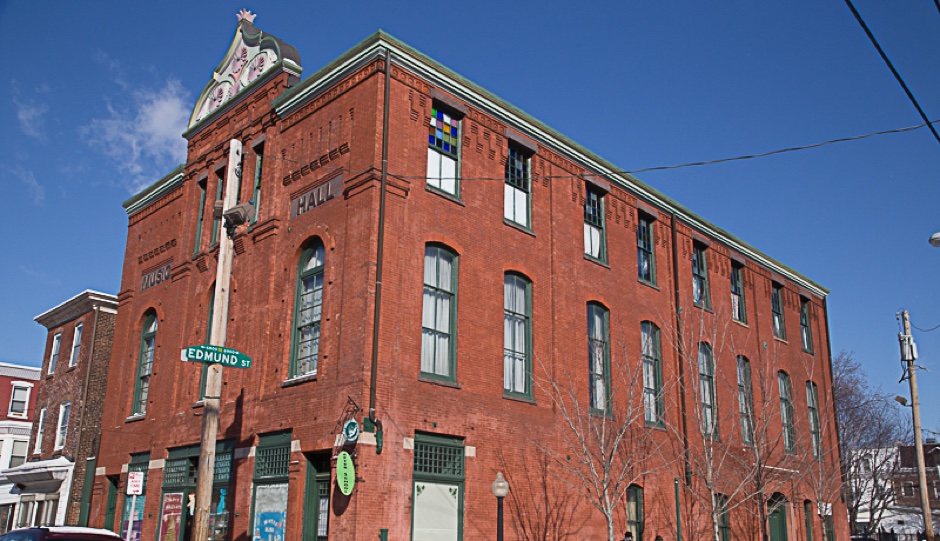 After several months of controversy over its desire to turn the historic Tacony Music Hall in lower Northeast Philly into a community center serving the alternative sexual communities, Philly Music Hall had its fraternal organization permit revoked by the Zoning Board of Adjustment (ZBA) on Wednesday night.

The hall has the been the subject of ongoing speculation and concerns since its spring launch, which eventually led to a community campaign to shut it down. G Philly spoke with Philly Music Hall executive director Deborah Rose Hinchey on what led to the permit revocation, the consistent misperceptions about the venue, and how the organization plans to move forward.

What was your initial reaction to ZBA’s decision to revoke Philly Music Hall’s permit?
The Philly Music Hall, its organizers, and the community we serve are disappointed and dismayed by the the zoning board’s decision to rescind our properly obtained use permit. Fortunately, this won’t prevent us from continuing to serve our members while we prepare for our next legal challenge, as it is the policy of the Philadelphia Department of Licensing and Inspections (L&I) to stay license revocation pending our appeal. During this time, know that we will maintain open communication with L&I and continue to comply with its directives.

What were the factors that you believe led to ZBA’s decision?
Our disappointment comes from the realization that our communities cannot presume equal protection under the law. Throughout the hearing, all parties including the zoning board and the opposing counsel agreed that the Philly Music Hall had properly submitted all applications and followed proper procedure to obtain our permits. And yet, they argued that the Philly Music Hall did not count as a fraternal organization based on the premise that prohibition of sexual activity is a necessary qualification for a fraternal organization. This has no basis in the legal or practical definition of a fraternal organization. Citing little more than moral objection to rumor, opposing counsel characterized our legal and transparent application process as “a sham.” Witnesses for the opposition freely admitted that they knew of no formal complaints against the Hall and could not name any specific inconvenience or harm caused by our operation over the past five months. To our surprise, this total lack of evidence persuaded the zoning board.

So if sexual activity isn’t the sole purpose of the hall, what is?
The very purpose of the Philly Music Hall is to provide its members a place to relax, socialize, learn, educate, commune, and be ourselves without worrying about being disparaged and maligned for who we are. Our communities are fundamentally misunderstood by the public at large, and rational discussion about who we are and what we do is generally overwhelmed by sensationalism and moral outrage. This very phenomenon is what we experienced at the zoning board. The clear message that it sent was that moral outrage is more important than procedure or the rule of law.

What are some other misperceptions about the hall?
A repeated refrain is that the Philly Music Hall misrepresented itself as an LGBT community center. This accusation, like the rest, comes from a fundamental misunderstanding of alternative sexual communities. While queer members are a significant part of our executive staff and board, and are well represented among our membership, our community is by no means exclusively queer, nor is the hall specifically designed for LGBT communities. We have never claimed to be. However, when queer people work together to provide safer space that benefits other queer people, that’s creating queer space.

Why do you think sex-positive spaces are often associated with the LGBTQ community?
As members of queer communities, the organizers of the hall and its model have long been steeped in the philosophy, education, activism models, and organizational structures pioneered by LGBT groups. It is no secret that the Philly Music Hall has built upon these well-built schemas as a foundation for what we do. These models were designed as a response to the same sort of social disenfranchisement our community now experiences, so drawing from them is natural. The Hall seeks to provide a welcoming space for any members whose sexual identities and relationship styles are seen as out of the mainstream.

What are some of the ongoing issues facing patrons who have frequented the hall?
For decades, alternative sexual communities have been forced by an ill-educated society to congregate in unsafe or unlicensed spaces. Being refused legitimate licensed spaces, raided by law enforcement, and publicly exposed and shamed has always been a community concern. The Philly Music Hall has publicly announced our mission to engage with local police and community organizations, increase safety and cleanliness in its vicinity, and protect its membership from unnecessary conflict. This zoning board decision has reinforced that opposition to the hall is disingenuous and unconcerned with either our actual community impact or our desire to operate in a transparent and legal fashion. We are instead shown that “our kind” simply isn’t wanted. This is a position familiar to many marginalized communities, and is why we see this as an issue of fundamental civil rights.

How would you describe the hall’s relationship with the ZBA throughout this process?
The zoning board told us that no matter what we do, constant picketing and protests would ultimately drive us away. Yet, in the sum of time during which we have been operating, we have seen almost none of this. This is because, by any reasonable measure, we have been and continue to be good neighbors. We at the Philly Music Hall remain steadfast in our commitment to not only the safety and dignity of our membership, but to uplifting and supporting the larger community in which we reside.

Why do you think it’s necessary to repeal the ZBA’s decision after what has already been several months of public misunderstandings and community disputes?
In short, we will not be shamed out of our mission. The Philly Music Hall was built upon solid legal ground. Our strict adherence to the laws and codes of the City of Philadelphia, the State of Pennsylvania, and the United States of America should confer upon us all the protections of those laws. To back down now would be to agree that it is reasonable and just to deny certain groups of people equal protection and regard based not on their compliance with the law, but on who they are. We cannot in good conscience do this. As long as an underinformed and biased group of citizens continues to challenge our right to avail ourselves of equal rights under the law, the Philly Music Hall will continue to fight on behalf of the rights and dignity of our membership and the vast population that falls under the broad umbrella of alternative sexual communities.