There Are Eagles Easter Eggs in the Latest “Star Wars” Movies

A diehard Birds fan who went Hollywood incorporated nods to the team in "The Force Awakens" and "Rogue One." 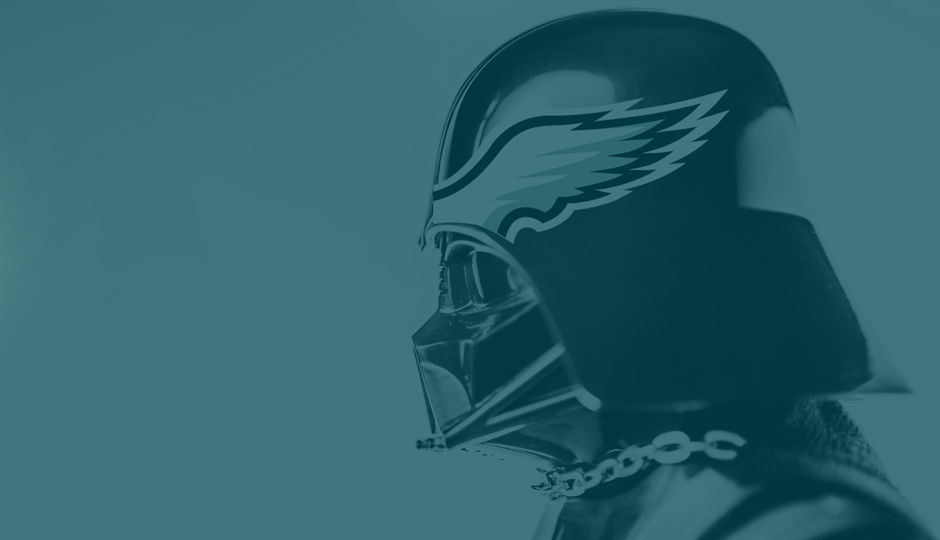 Today is May 4th, a day when Star Wars fans choose to celebrate the beloved movie franchise (because of the date’s cringe-worthy “May the Force Be With You” pun) and sports teams enjoy getting in on the act. They wear jerseys inspired by Chewbacca, Darth Vader makes an appearance, and everyone goes nuts. Repeat in stadiums all across America.

But only one team really knows the ways of the force like no other.

An Eagles fan from Delaware who works as a sound designer and re-recording mixer in the entertainment industry managed to sneak references to the team into both 2015’s Star Wars: The Force Awakens and 2016’s Rogue One: A Star Wars Story.

According to the Eagles’ website, Birds fan Dan Acord voiced a minor character in The Force Awakens and had to create his own language to speak. Among the odd blend of gibberish that included phrases in Thai, Acord added “Celek and Fletcher” for tight end Brent Celek and defensive tackle Fletcher Cox. You can actually hear his character, the reptile-like scavenger Teedo, say their names in the movie!

Back up to his old tricks while working on Rogue One, Acord needed to come up with a prayer chant for one scene in the movie. And yup, you guessed it — a snippet of “Fly, Eagles, Fly” plays in the movie, albeit a version that Acord translated into Esperanto, a universal language created in the late 1800s.

So there you have it: The Birds played a minor role in the Star Wars universe. Makes sense with how much Eagles fans seem to wrestle between the light and the dark sides. Unfortunately, that would mean we’re closer to prequel Anakin Skywalker than any other character, which totally sucks.