What’s Up With That New Mexican Place Next to Woody’s? If you were out strutting with the Mummers yesterday in the Gayborhood, chances are you saw what appeared to pop up out of nowhere: a new Mexican eatery in the location of the former much-loved frozen yogurt shop Sweet Endings.

And, I have got to tell you: it’s a bit ramshackle. There are no professional signs anywhere that say the name of the restaurant, apparently called “Rosewood Tex-Mex” (a real original name, given that it’s right next door to Rosewood Bar). There are two hand-made poster boards hanging in the windows that read “‘We’ Are Open” [sic] and “Yes We’Are ‘Open'” [sic]. Guests of Sweet Endings will also notice that the old hours with a “coffee” logo were never removed from the window: 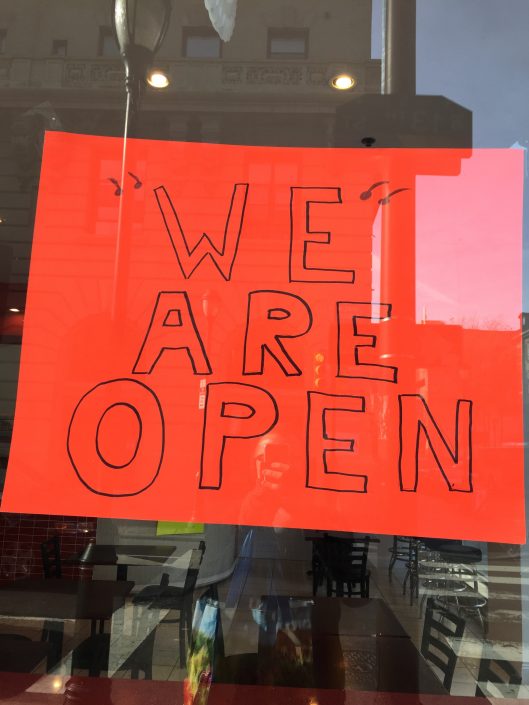 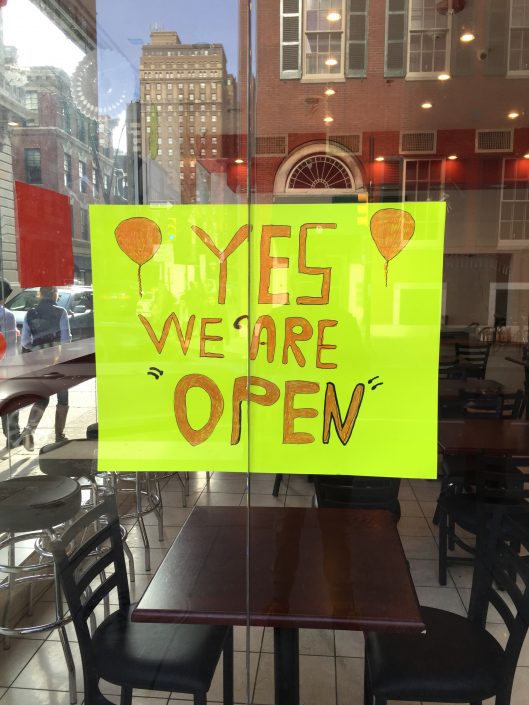 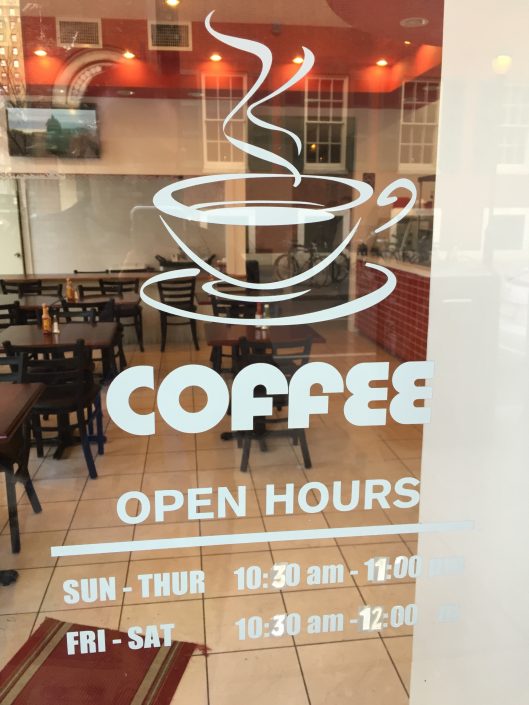 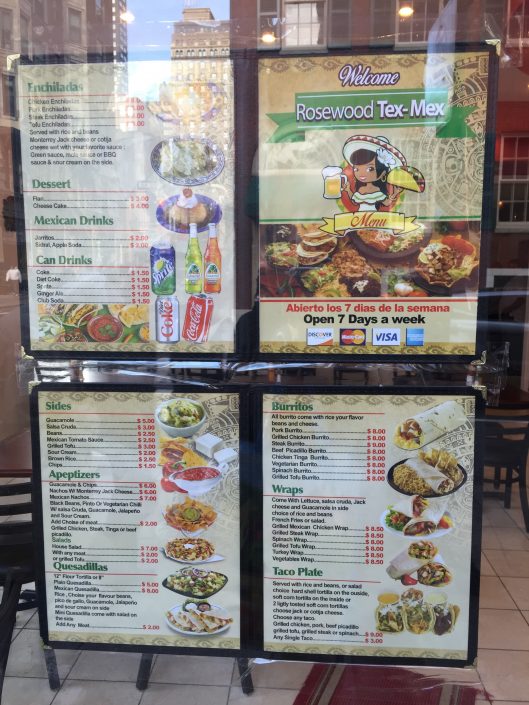 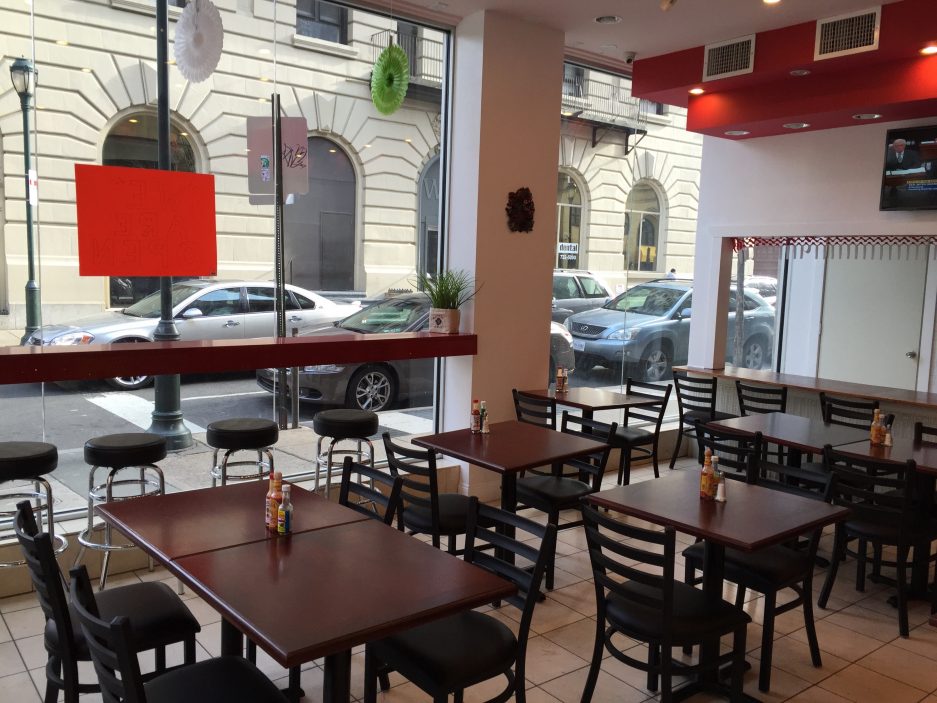 There’s a menu that’s been taped to the door. The restaurant opened on New Year’s Eve; I walked by several times over the last few days and the only people sitting inside appeared to be the young children of the owners.

I stopped in today and asked one of the employees how business has been. His response, after a prolonged sigh: “We’ve been open for a little bit. It going to get busier.” I then asked about their hours, and got a confusing response: He said they are “trying to be open until 10 p.m.” and that on Friday and Saturday they will “try to be open until 1, or maybe 2.” I asked him if he meant AM, which he did. He then said, “Yeah, we’re gonna be here for long time!”

There was one customer who stopped in to pick up a take-out order (“Not for me, but for my boss,” she said). The rest of the restaurant, even during a peak Friday afternoon lunch rush, was empty.

I have a better picture of the menu below. Who knows? Maybe this all-night Mexican spot will take off after people realize how late it is open and they want to sober up after hitting the bars, but with the cost of real estate in a prime Walnut Street location, I’m not too sure the owners can wait for the word to get out.