You may not be an undergrad anymore, but you can still cheer on your alma mater with other alums on a fall Saturday. 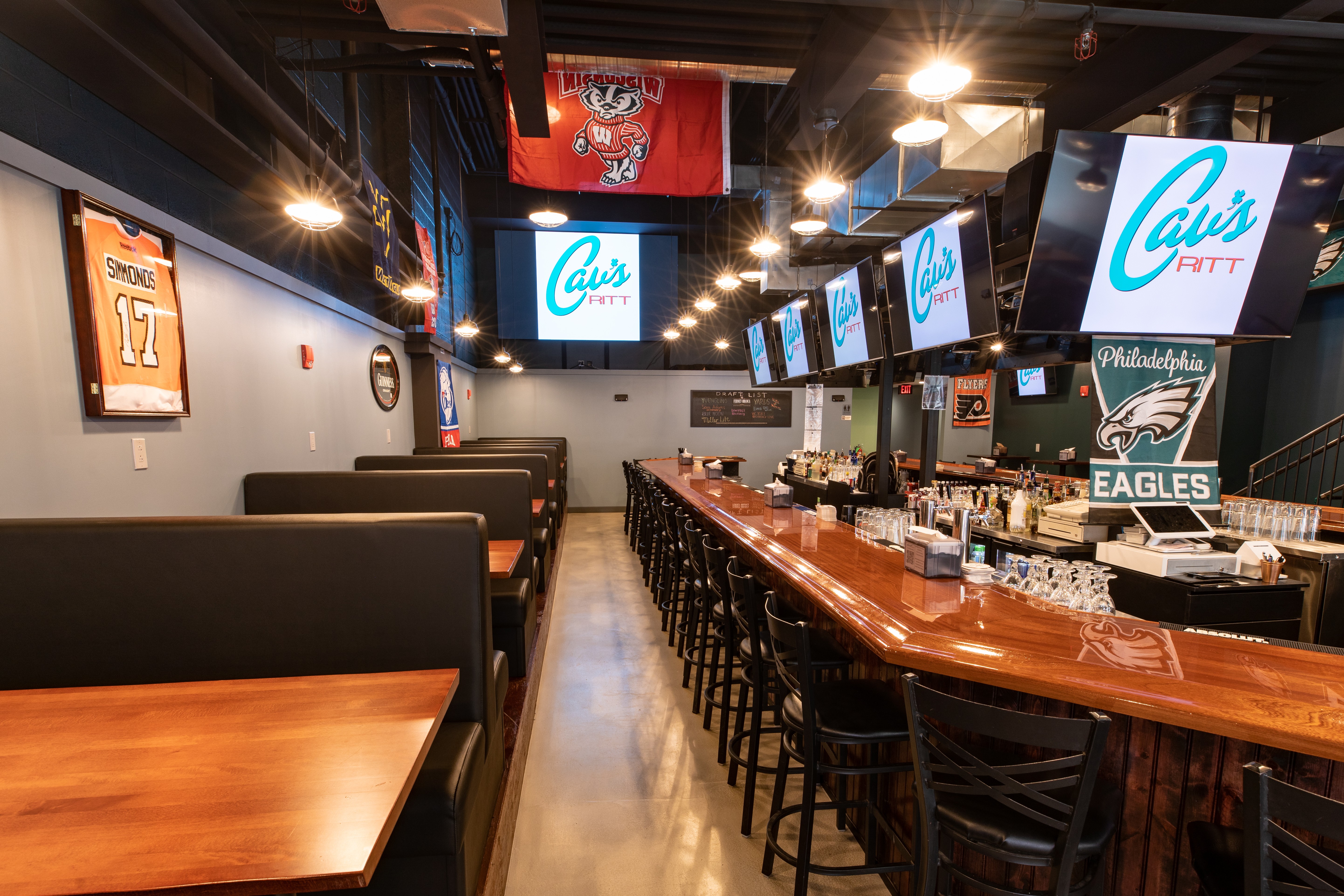 College football season is back in full swing, with all of its buffalo wings, off-key fight songs and cornhole. You may not be an undergrad anymore, but you can still cheer on your alma mater with other alums on a crisp, fall Saturday. (Personally, as a Penn State alum, I’ve enjoyed my fair share of wins and heartbreak over cheap beer and fries.) The university alumni groups in this city have made their mark on Philly bars by organizing special experiences. So grab that college shirt, load up the 12-leg parlay that’s going to win you $1 million and use this guide to figure out where your people are gathering on weekends.

Team: Alabama
Bar: Cavanaugh’s Headhouse
This is where Crimson Tide fans show up and show out. The old-school Irish pub offers free hoagies at halftime for alumni groups that register for a private room. Take advantage of $5.50 Goose Island beer, plus wings tossed in their signature sweet-and-spicy Cav’s sauce while you’re watching future first-rounders roll over the competition. 421 South 2nd Street.

Team: Notre Dame
Bar: The Mulberry
Mulberry owner and Notre Dame alum Ben Haney makes sure other Fighting Irish fans are comfortable at his Logan Square spot. The cozy, upscale pub has a huge menu with a cheese board that would make any game better, plus Jameson wings and a double-stacked smash burger. The Mulberry doesn’t have any Saturday drink specials yet, but maybe that’s a good thing. Who wants to hear ND fans yell about how they shouldn’t join a conference after chugging multiple hard seltzers? 1835 Arch Street.

Team: Penn State
Bar(s): Tradesman’s and La Roca
Penn State faithfuls congregate at Tradesman’s, where you can get a special table package that serves eight people and comes with wings, deviled eggs, chicken fingers, cheesesteak egg rolls, chips and beer for $225. The Center City bar is busy with fans glued to the huge media wall. Any alums looking for a less raucous experience should check out La Roca in Manayunk, especially for its tacos and jalapeño cucumber margaritas that are strong enough to make you forget losing the Rose Bowl in 2016. 1322 Chestnut Street & 4161 Main Street.

Team(s): Pittsburgh and Michigan State
Bar: Sto’s Bar
It’s understandable why Pitt and Michigan State fans flock to Sto’s Bar. The reliable Old City watering hole serves $5 citywides and well-drinks all day, every day. If that’s somehow not enough to motivate you, know that Sto’s offers $20 Miller Lite buckets and jello shots after every touchdown. Not bad for the second best teams in Pennsylvania and Michigan. 236 Market Street.

Team: Texas
Bar: Chickie’s & Pete’s
The Texas Exes gather at Chickie’s and Pete’s in South Philly on Saturdays. Things get loud at this popular bar that has dozens of TVs. While you’re cheering on Texas and keeping an eye on Oklahoma across the bar, grab a bucket of Chickie’s and Pete’s trademark crinkle-cut crab fries with creamy cheese dip. Then wash your fries down with $5 domestic draft pitchers offered as a special. 1526 Packer Avenue.

Team: Ohio State
Bar: Ladder 15
The Buckeyes take over Ladder 15 — a Rittenhouse bar that gets crowds dancing — every weekend in the fall. It’s a good place to watch any game if you don’t want to feel too packed, since Ladder 15 has TVs on both levels. Expect standards like wings, as well as elevated pub fare like calamari and truffle fries. 1528 Sansom Street.

Team: Clemson
Bar: The Post
Clemson alums take in prime ACC action at The Post in University City. In addition to showing games, this bright, colorful bar with beer-hall seating has activities like pool, air hockey and shuffleboard that add to the game-day experience. If you like martinis, The Post has eight (yes, you read that correctly) varieties of the drink. Whenever you need some air, head upstairs to the Cira Green rooftop where games play on their giant screen. 129 South 30th Street.

Team: Rutgers
Bar: O’Neals Pub
It’s hard having back-to-back losing seasons, so it’s only right that the folks at O’Neals take care of Rutgers fans. This family-owned Irish pub in Queen Village serves $3.75 Bud Lights all day, as well as breakfast sandwiches until 10 p.m. If Rutgers manages to squeeze out a win in conference play, grab one of the pub’s frozen margaritas. Head’s up: They show most college football games inside, as well as on their street-side area and back patio. 611 South 3rd Street.