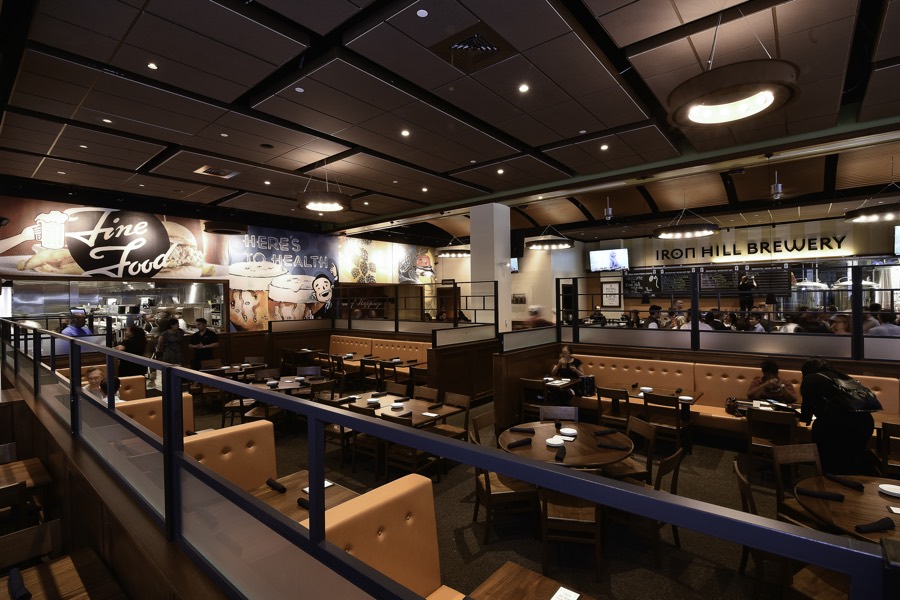 This marks first location in downtown Philadelphia for the restaurant and brewery since its flagship opened in Newark, Delaware in 1996; the company has locations in Chestnut Hill, the Philly suburbs, south Jersey, Delaware, and Greenville, South Carolina. There’s another slated to open in Hershey later this year.

The new spot occupies an 8,500 square-foot space at the corner of 12th and Market Streets, with seating for 275 inside in addition to outdoor seating when weather allows. The space also includes an open kitchen and glass windows looking into an onsite brewery, which has the capacity to brew 900 barrels of beer each year.