And with a bottle of super-limited Old Rip Van Winkle 25 on the menu, it's worth every penny. 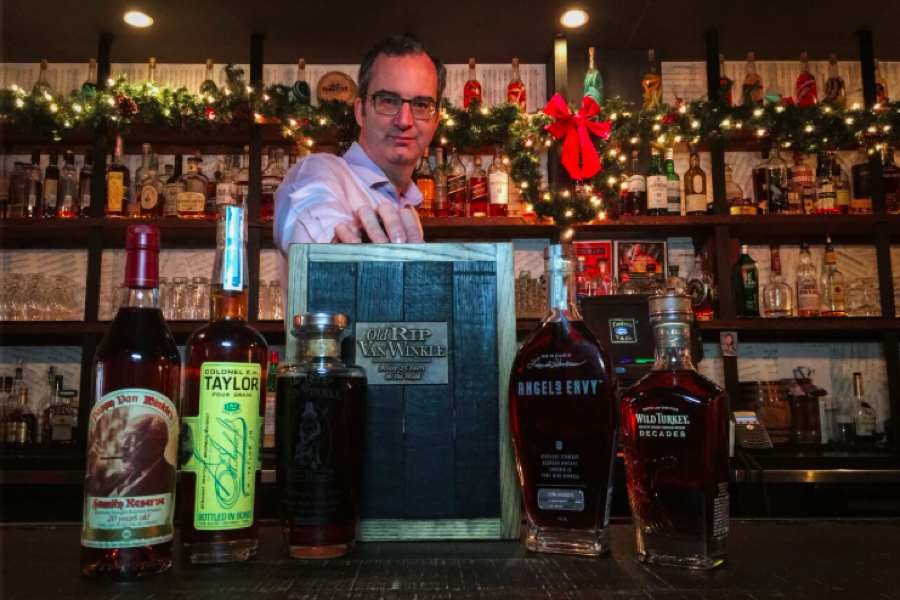 George Reilly is a lucky man. His bar, Twisted Tail, won a highly coveted bottle of Old Rip Van Winkle 25 —  an ultra-rare whiskey with only 710 bottles released worldwide and the oldest batch ever released by the much-lauded Kentucky distillery.

The Pennsylvania Liquor Control Board managed to get its hands on 10 precious bottles, eight of which were reserved for consumers to purchase and two for businesses, which entered a lottery last year to win one.

Reilly scored bottle number 551. And next month, he’s giving the chance for 25 Philadelphians to try it.

On Friday, February 2nd, Reilly will host an “Owner’s Collection” tasting of that Old Rip Van Winkle 25, along with four other rare whiskeys: Pappy Van Winkle 20 Year, which scored the highest rating ever given to a bourbon at the World Spirits Championship; Buffalo Trace’s Colonel E. H. Taylor 4 Grain, a 12-year aged whiskey; Wild Turkey Decades Master’s Keep, blended from batches aged 10 to 20 years; and Angel’s Envy Cask Strength, aged up to seven years and given a post-blend finish in Portuguese port wine casks.

Complimentary bites from chef Leo Forneas will also be served at the tasting, which will take place at Twisted Tail’s upstairs event space.

Only 25 tickets are priced for the true whiskey connoisseur at a whopping $425 each. A few have been sold already — so hurry up and get yours here.