The sandwich shop's new location is set to open in June. 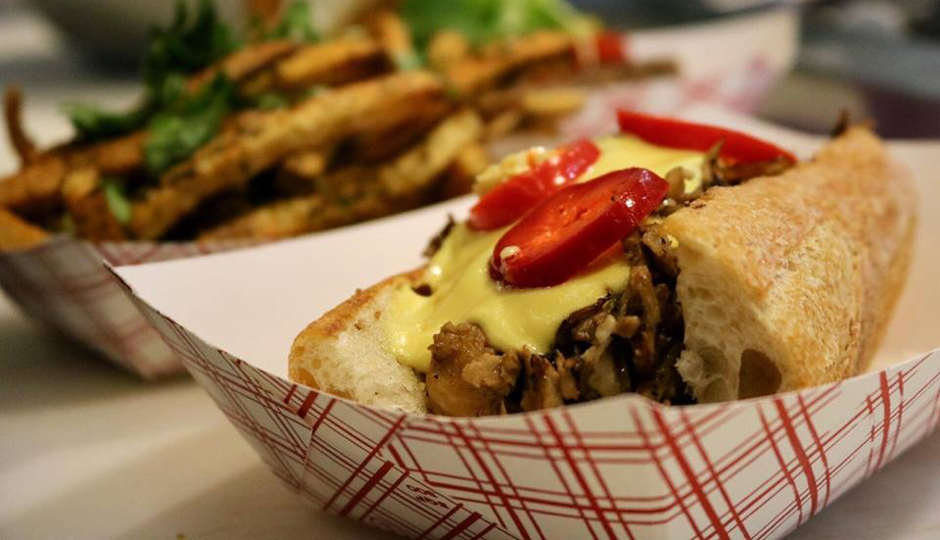 Vegetable wizard Rich Landau has updated us with a projected opening date for the long-awaited Rittenhouse outpost of Wiz Kid, the vegan, sandwich-centric third concept from the culinary team behind Vedge and V Street.

The new spot, located next door to V Street, was originally slated to open around the holidays last year, but, as frequently happens in the restaurant industry, things were delayed. June 1st is the new plan, “Don’t hold us to it, but that’s our target,” Landau says.

The Rittenhouse location will feature a slightly different menu than the original Wiz Kid, which opened in the new Whole Foods on the Parkway last fall. The most exciting addition? The Reuben Steak, which features Landau’s signature faux cheesesteak filling (king trumpet mushrooms, maitake mushrooms, and seitan) with tangy sauerkraut, caraway seeds, and a spicy Thousand Island dressing.

In preparation for the new Wiz Kid’s debut, Landau will switch up V Street’s hours, opening for dinner all seven nights of the week at the vegan street food spot. Monday night service will start on May 15th.

That means next week — May 9th through 12th — will be V Street’s last serving lunch. To ease the transition, they’ll run a midday Wiz Kid preview menu, plus a few soon-to-depart V Street favorites.