The Baltimore Avenue Eritrean restaurant and eclectic nightlife spot hopes to pop up on Pentridge Street this summer. 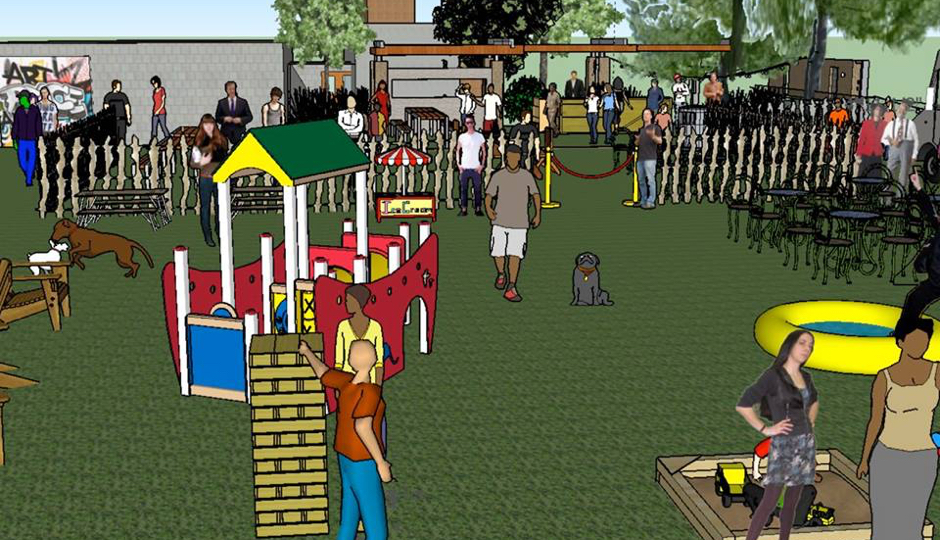 The family behind Baltimore Avenue’s Eritrean restaurant and bar Dahlak is working with a neighborhood-based developer to open Pentridge Station, a family-friendly pop-up beer garden and social space, in southwest Cedar Park.

The proposed pop-up would operate in a currently vacant lot at 51st and Pentridge Streets, a few blocks south off Baltimore Avenue. The space would be open Thursday through Sunday evenings from June 23rd to September 16th.

Ephream Amare Seyoum, son of late Dahlak owner Amare Solomon, currently runs the bar and books events at the restaurant; his mother, Neghisti Ghebrehiwot, handles the kitchen, which turns out traditional East African cuisine. Seyoum has partnered with the owners of the vacant lot, neighborhood residents Jeff Lutzner and Rob Leventon of Fatty Tuna LLC, and Dahlak bartender Jocelyn DeGroot-Lutzner, who is Seyoum’s girlfriend and Lutzner’s daughter, on the proposal.

Initial pushback about rumors of a beer garden on an out-of-the-way residential block from community residents who are members of the West Willy Facebook group turned to enthusiasm when Seyoum reached out to the group and let members know that the longtime neighborhood business was behind the project.

With Dahlak’s eclectic clientele, budget-friendly food and drink, Best of Philly karaoke, and its own outdoor patio space, Seyoum and his partners are well-positioned to pull this off while keeping Pentridge Station’s immediate neighbors and the community at large happy.

After a March 21 Cedar Park Neighbors Zoning Committee meeting, at which neighbors discussed concerns around trash pickup, noise, and safety, votes for the proposed pop-up outnumbered those against by nearly three to one.

CPN sent a letter in favor of the proposal to Councilwoman Jannie Blackwell’s office on March 29, pending that recommendations around parking, noise, trash pickup, and other community concerns are heeded. The Pentridge Station team is currently waiting for the go-ahead from Blackwell’s office.

The partners’ plans for Pentridge Station include beers in the $3-$6 range, live music and karaoke, games for children and adults, and a paint wall for kids. They also plan to invite food trucks and other neighborhood food vendors to join in the fun.