Today went from snowy to sunny in a matter of hours. On Tuesday, we could get walloped by snow.

The above photos were taken four hours apart from my office. What a day!

The forecast called for snow in Philadelphia today, but at 9 a.m. in Center City it was just raining. During the next hour it slowly changed to snow, then quickly changed to absolute blinding snow that seemed like it was blanketing the city.

Then it stopped. Then it got sunny. By 3 p.m. it looked like it was a nice — cold, but nice — day all along. Looking out at the city now snow only exists in tiny patches on rooftops. What happened?! 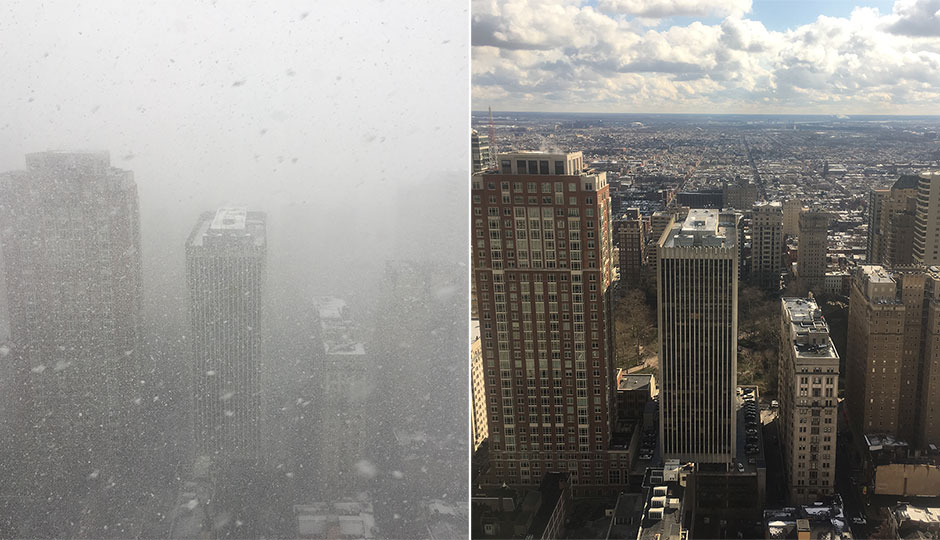 In the end, Philly got a negligible amount of snow with everything melting fairly quickly. Higher totals were reported north and west of the city, with 4 inches in Wayne and Upper Bucks County.

So that’s it for the winter, huh? Well, maybe not. As Phillywx reports, there could be a large storm on Tuesday. “If the modeled hyped, goldilocks scenario that’s shown here plays out, snowfall accumulations would be significant just about everywhere,” the Facebook page writes. “By significant, several inches to [snow-mageddon].” So get ready for more wild weather.

Incidentally, while I was writing this story it started to snow again. By the time I finished that last sentence, it stopped. Then, before we went to publish, this started to happen. 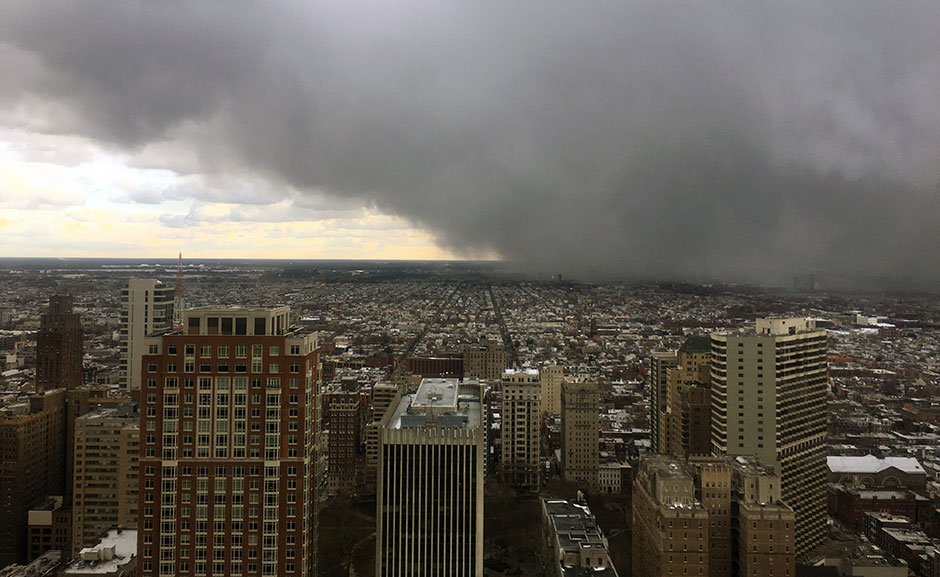 As I said: Some weather today, huh?