Roy Halladay Might Be Returning to the Phillies (to Coach)

The Phillies are reportedly trying to find a place for the former Cy Young winner in the organization. 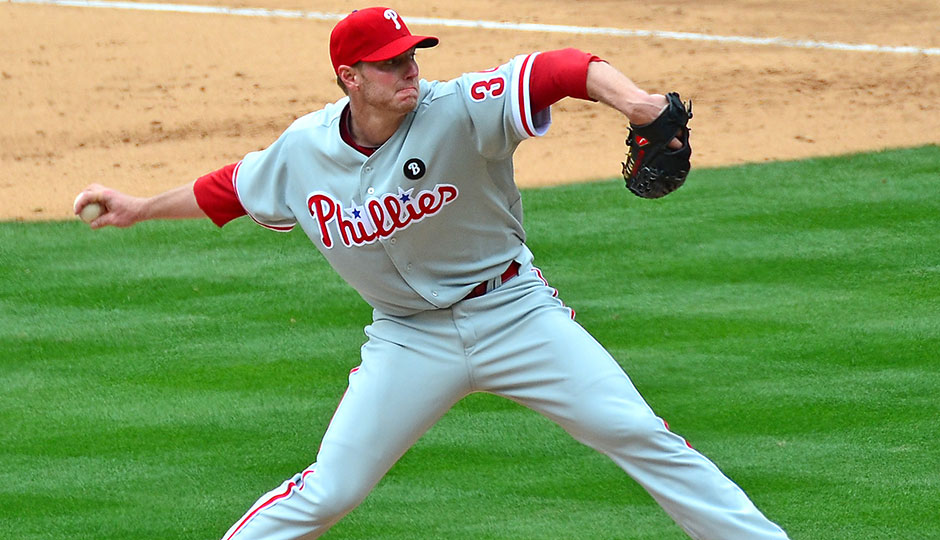 Roy Halladay could be coming back to the Phillies.

No, the 2010 Cy Young winner and perfect-game-thrower won’t be returning to the mound. But longtime Phillies beat writer Todd Zolecki reported yesterday that the team and Halladay were looking for a place for him in the organization. “It seems likely he will be roaming Spectrum Field and Carpenter Complex in a Phillies uniform before the end of Spring Training,” Zolecki writes.

Halladay spent four seasons with the Phillies, two of them good. In 2010 he won the Cy Young Award, pitched a perfect game and threw a no-hitter in the playoffs. In 2011 he actually lowered his ERA from the previous season. But then things fell apart, and he had a 5.15 ERA over two injury-shortened seasons.

So, in conclusion, he obviously has all the skills to be a good teacher to the Phillies’ young pitchers. Halladay didn’t win a World Series ring in his time with the Phillies, but maybe he can help them win some in the future with his coaching.