There’s an ease about Rucker’s cooking, and a generosity, as if there’s nobody else eating at River Twice except you. His commitment to locality, to foraging, to pickling and fermenting everything so as not to waste anything — it all adds up to a singular experience. Every element of every dish, down to the house-made coffee vinegar in the beef tartare or the à la minute ricotta on the toast, is deeply considered, smartly placed, and creatively conceived, but in a way that still feels like food, not art. Read More »

Sometimes, a new chef will arrive in Philly and bring an unmistakable energy — a sort of hyper-focused intentionality, a sense of I’ve got big plans for this city. Omar Tate was born and raised in Philly, and he worked in some of the city’s most ambitious kitchens before leaving for NYC to hone his culinary career. As he wove his way through kitchens, following the well-trodden career path of the modern professional chef, he began to explore and amplify Black American foodways — their tragic history, their uncertain future, their cultural complexities, and their constant erasure from the culinary pantheon. Honeysuckle — his NYC pop-up restaurant-turned-takeout operation — was the physical manifestation of his particular brand of culinary activism. Meals began with a glass of “Honeysuckle Red Drink” (his take on Kool-Aid, a staple of his childhood), and the to-go bags included samples of his own poetry. The coronavirus crisis brought him (and Honeysuckle) back to Philly, and he has big plans for this city — particularly in West Philly, where he’s envisioning a community center for which food will, of course, be the anchor. Follow @honeysuckle_projects on Instagram for information on future dinners and pop-ups. Read More »

She’s the chef Philly needed before we even knew we needed someone like her. In the Before Times, she opened Kalaya, a heartfelt Thai BYOB where the kitchen scratch-made everything on an unapologetically authentic menu. In the dining room, she was an undeniable presence, seeming to know everyone who’d ever eaten a meal there and exactly what they needed most. And then, when the plague came, rather than retreating or folding, she kept Kalaya open to serve local industry workers for free. In a moment that sometimes seems woefully short on heroes, she is ours. Read More » 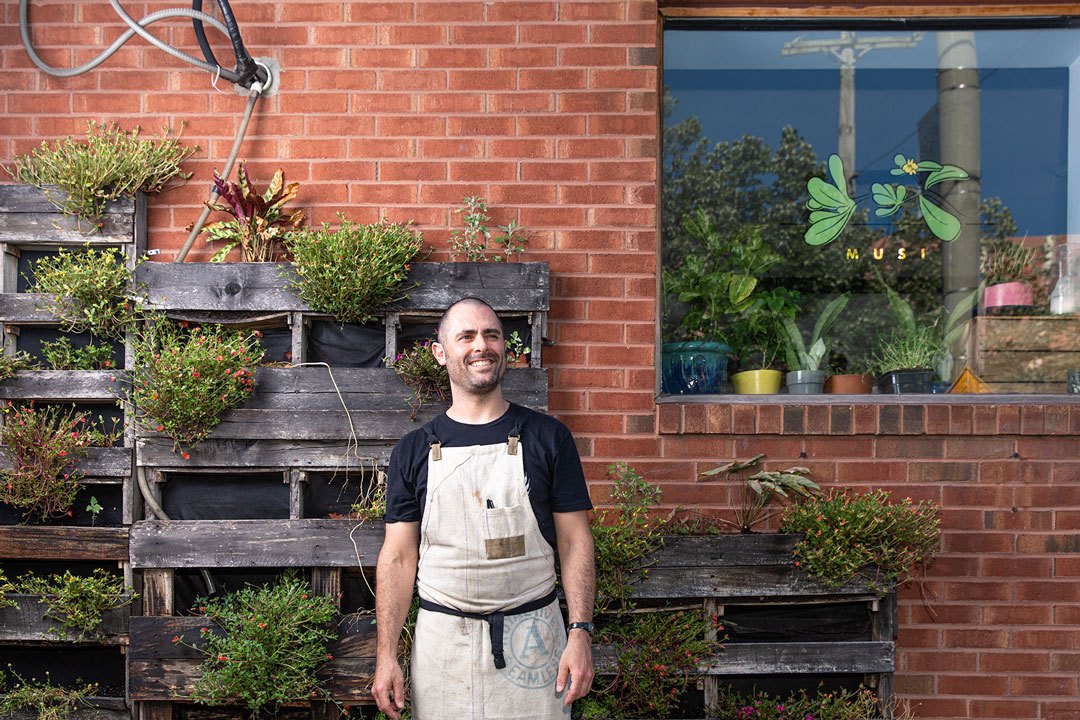 Musi, Miller’s neighborhood BYO, has all the expected trappings: It’s charming and delicious, and it offers a menu that changes often and relies heavily on what his purveyors have available. But the food is never too serious, and neither is Miller. And that’s what sets it — and him — apart. Read More »

He comes from good roots, having cut his teeth at Zeppoli, Aldine and Zahav. He’s smart enough to understand modern tricks and techniques without letting them cloud his vision of what people actually want to eat. And at Res Ipsa, he’s done what seems almost impossible: created menus that work for quick-serve breakfasts, low-key lunches and upscale dinners that will knock your socks off. (They did ours; see our pick for Best New Italian Restaurant on page 96.) Read More »

We were lining up in Fishtown for his pies way before Bon Appétit named his pizza the best in America. But now the world knows, and with his new smash-hit cookbook, he’s been showing the rest of the country that guys from New York aren’t the only ones who know dough. Read More »

Her claim to fame may be simple lamb tacos, but Martinez (of South Philly Barbacoa fame) is a master of her craft. Her use of quality ingredients and dedication to making everything—from heirloom corn tortillas to soulful stews—by hand, are why Philly’s top toques bow down to her prowess. Read More »

Wentz seamlessly bops back and forth between French (at Townsend) and Italian (at A Mano), formal and rustic, and traditional and modern — sometimes within the confines of a single plate. He's currently in command of two of the best restaurants in the city, each of which elevates its particular cuisine to a level rarely seen in Philly, and yet the gulf of difference in style, presentation and vibe proves that versatility is one of his greatest strengths. Read More »

Because he's always here -- either walking the floor at Vedge or tinkering in the kitchen at V Street -- we tend to forget just how important Landau is in this very vegetarian moment we're living through. In the national conversation, Landau's Vedge has already redefined the way that a lot of young chefs look at vegetables and meatless flavors. And now, with V Street, he's proven that his vision for a kinder, greener cuisine can be fun, too -- which is one of the many things (interesting, innovative, delicious) that vegan food never was before he came along. Read More »

In this era of charcuterie, rusticity and guilty-pleasure food thrills, it takes a lot for a chef to make a name for himself for playing with tweezers rather than a cleaver. But Kearse, with his immaculately composed plates, understanding of how to balance art, modernity and flavor, and bone-deep knowledge of the classic French canon, has everything it takes to shine in any company. If you havent been to Will yet, make reservations now, to see the beginnings of the future of American fine dining. Read More »

Almost everyone says the same thing after a first meal here: That was vegan food? Yes, it is- just not the sort that scares you away from Sunday-night potlucks in West Philly. Whether it's the fresh treasures from Landau's Dirt List or his knack for deploying tofu skin like pork cracklin's and actually pulling it off, this animal-free cooking is revelatory, hedonistic and even-dare we say it about a menu free of offal?- gutsy. Read More »

Follow the Stateside maestro's Instagram feed and you'll see a creative chef at play. Eat his food and you'll know how he's made Stateside one of the most enjoyable dining destinations in the entire city. Read More »