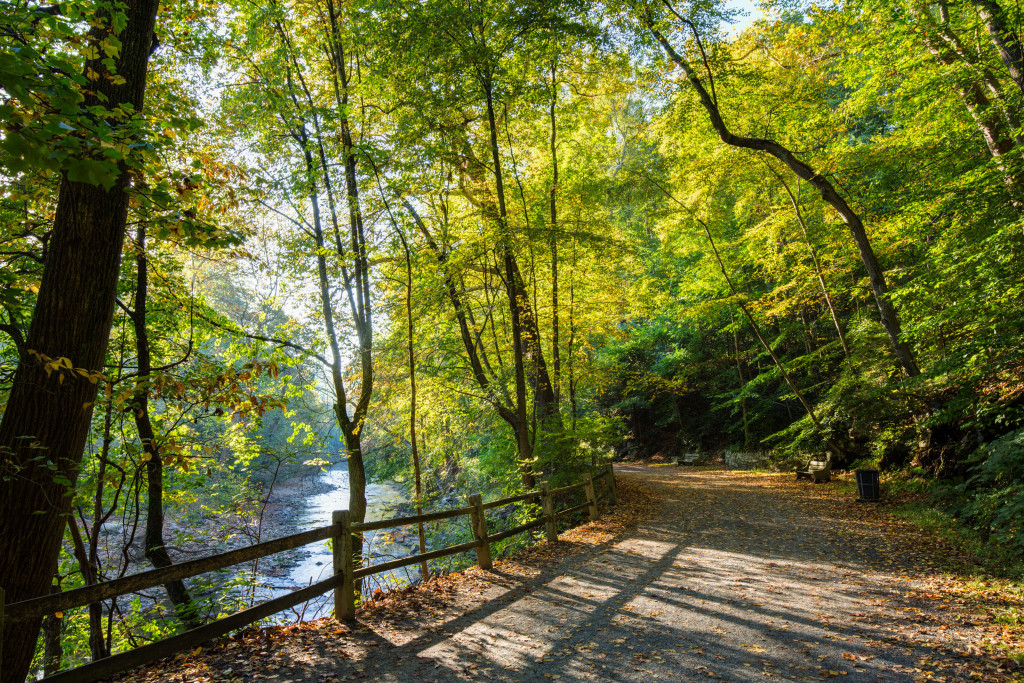 Philadelphia has some truly spectacular running trails. The options and variety are endless, and many offer some pretty sweet views of nature. But since we know you want the best of the best — that’s why you’re here, right? — we’re happy to tell you: A champion running trail has been named.

On Wednesday, the Department of Conservation and Natural Resources (DCNR) announced that Forbidden Drive in Wissahickon Valley Park has been named their 2018 Trail of the Year.

“This trail truly is among so many Fairmount Park gems, and one that shines brightest for the thousands of hikers, bikers, anglers and others who travel it each year,” said DCNR secretary Cindy Adams Dunn in a press release.

Each year, one trail among Pennsylvania’s 11,000 miles of trails is selected as “trail of the year” by the Pennsylvania Trails Advisory Committee. To be considered, the committee accepts nominations — though all nominated trails must be at least a mile long and open to the public.

Forbidden Drive — a five-mile trail through Wissahickon Valley Park — has been considered a National Recreational Trail since 1975. It’s currently maintained by the nonprofit organization Friends of the Wissahickon in partnership with Philadelphia Parks & Recreation.

“For decades, Friends of the Wissahickon has been working hard to make a great trail even better,” said Dunn. “It’s all here. Quality, benefits to the region, and a strong volunteer network and multitude of partnerships qualify Forbidden Drive to be singled out in this fifth year of very special recognition.”