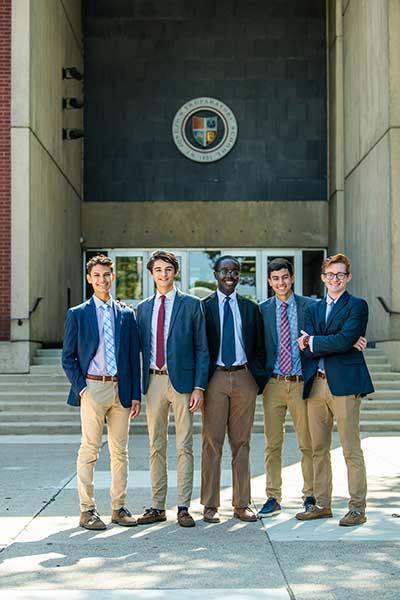 Let this school know you found them on Philadelphia magazine’s Find It Philly.

St. Joseph's Prep is one of approximately 50 Jesuit secondary schools in the United States and each one challenges its students to go beyond academic excellence, to be reflective, to be committed to the service of faith and the promotion of justice: to be "men for and with others."

What is your teaching or educational philosophy?

St. Joseph's Preparatory School proudly prepares its students for the nation's finest colleges and universities through a rigorous, traditional academic program.
Our faculty have an average of 17 years of service to the Prep, and several are alumni who have returned "home" to give back to their alma mater. Of the full-time faculty here, including approximately 70 men and women, more than 90% hold Masters degrees. Many also coach, teach at our summer program, and lead service trips during spring and summer breaks.

The goal of academics at the Prep is to prepare our students not only to get into the top colleges in the nation, but to thrive and succeed once they're there. Additionally, and in true Jesuit form, at the center of the Prep's academic philosophy is the Ignatian tradition of educating the mind and the heart. Meaning, at our institution, no student should reach the end of his day feeling either unchallenged or unloved.

What is your mission statement?