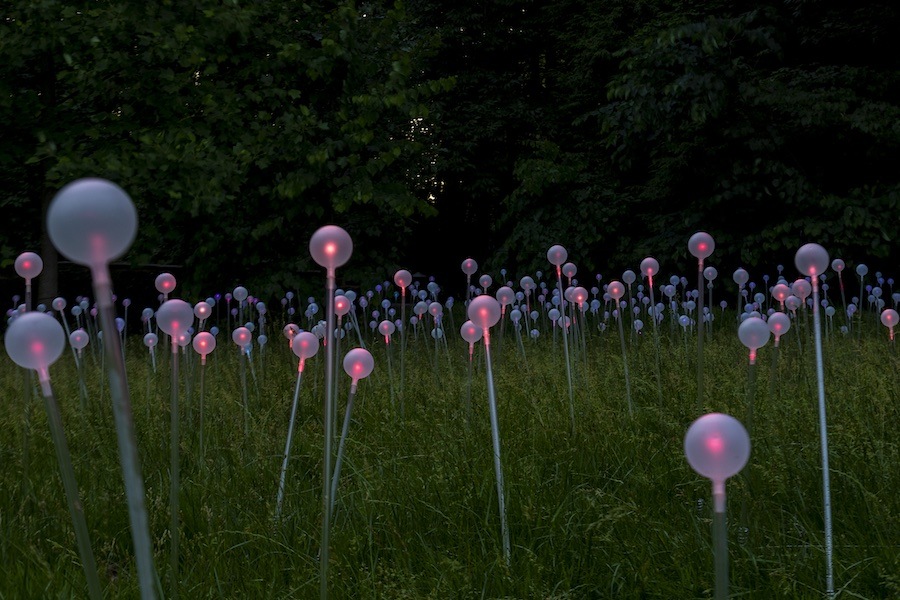 Dr. Fauci says COVID is still a problem. The CDC says monkeypox is on the rise. Parade magazine insists there’s a disturbing new trend in our schools! So be safe. Stay home if you don’t feel well. Test yourself if you’re not sure. Don’t post any Little Miss memes. We’re only posting turtles photos now. That’s the new thing. Turtle pics all weekend long. What else? Draw a food pyramid without using a ruler. Hydrate. Keep watching the skies. And above all be nice to other Philadelphians. They all have it worse than you do.

MUSIC
Roger Waters
The Pink Floyd frontman and his This is Not a Drill tour stops by the Wells Fargo Center for two shows this weekend. Speaking of weekends, here’s something Roger Waters said recently: “With all due respect to the Weeknd or Drake or any of them, I am far, far, far more important than any of them will ever be, however many billions of streams they’ve got. There is stuff going on here that is fundamentally important to all of our lives.” Ugh, why are Pink Floyd fans always like that?
$50-$199, August 5th & 6th, 8 p.m., Wells Fargo Center, 3601 South Broad Street.

MUSEUMS
Watershed Moment
The Academy of Natural Sciences continues its Water Year series with this collection of four art installations “created by artists in response to watershed science and the physical realities of water as it moves across and through our urban landscape.” Two of them — the Attunement sculpture designed by David Gordon in collaboration with New Paradise Laboratories in front of the Academy, and the Inside the Watershed sound installation created by artists Annea Lockwood and Liz Phillips along the Schuylkill River Trail — can be enjoyed for free.
Included with museum admission of $16-$22, through October 30th, Academy of Natural Sciences, 1900 Benjamin Franklin Parkway

SPORTS
Phillies vs. Nationals
This weekend the Phils host a four-game homestand against the Washington Nationals and as usual there are lots of perks. Thursday: Fans ages 15 and up get a Mike Schmidt 1980 World Champions replica ring (it looks pretty nice). Friday: Celebrate Dan Baker who has been the team’s public address announcer for 50 years. Saturday: Bake McBride and Ron Reed get inducted into the team’s Walk of Fame (and you get a free poster). Sunday: It’s Alumni Day, with lots of Phils legends making an appearance.
$17-$170, August 4th-7th, Citizens Bank Park, 1 Citizens Bank Way.

ART
Jayson Musson: His History of Art
Philly modern art icon Jayson Musson returns with a new video series. “Utilizing costuming, props, puppetry, and scenery created in collaboration with the FWM studio team, His History of Art debuts a new three-channel video series written, starred, and co-directed by Musson, who describes it as ‘a sitcom orbiting art history and all the fun to be had dancing on the minefield of the past.’”
Free, through November 13th, Fabric Workshop and Museum, Second Floor Gallery, 1214 Arch Street.

THEATER
The Spongebob Musical
I’m not sure what’s more surprising: that this Broadway show based on the Nickelodeon cartoon was nominated for 12 Tony awards in 2018, or that its songs were written by the likes of Cyndi Lauper, John Legend, Panic! At the Disco, and David Bowie.
$18-$22, through August 6th, Upper Darby Performing Arts Center, 601 North Lansdowne Avenue, Drexel Hill.

MUSEUMS
Shark Tooth Sumer
Adventure Aquarium celebrates sharks, gentle philosophers of the sea, with special tours, “jaw-some” souvenirs and attractions like the Shark Bridge, the Shark Tunnel and the Shark Dumbwaiter. Made up that last one. While you’re there, watch the Scuba Tooth Fairy scoop up discarded shark teeth from the aquarium floor.
Included in general admission of $18.99-$44.99, August 4th-September 5th, Adventure Aquarium, 1 Riverside Drive, Camden.

MUSEUMS/ART
Now Showing @ the Art Museum
Medieval Treasures from the Glencairn Museum, the Art Museum mingles its medieval collection with items from the museum in Bryn Athyn. Through fall of 2023. Teresita Fernández: Fire (United States of the Americas),
the artist’s new installation “unearths and exposes hidden histories embedded in landscape.” Through January 2. Martine Syms: Neural Swamp / The Future Fields Commission, a multichannel video installation that “challenges racial and gender stereotypes and investigates what it means to be Black and a woman in a hyper-digitized world.” Through October 30th.
$14-$23, Philadelphia Museum of Art, 2600 Benjamin Franklin Parkway.

FOOD/BEER/OUTDOORS
PHS Pop-Up Gardens
It’s been one of the great marvels of the modern age, watching the Philadelphia Horticultural Society pivot from regular gardens to beer gardens. We get to drink outdoors in nice places. They raise a little cash for their plant schemes. Everybody wins.
Pay as you go, open all summer and beyond; PHS Pop Up Garden at Manayunk, 106 Jamestown Avenue; PHS Pop Up Garden on South Street, 1438 South Street.

MUSEUMS
Art for All: The Swedish Experience in Mid-America
This long-running exhibition makes space for impressionist paintings and sculptures by Swedish-American artists working in the late-19th and early-20th centuries.
$5-$10, through February 19th, American Swedish Historical Museum, 1900 Pattison Avenue.

MUSEUMS
Harry Potter: The Exhibition
The popular traveling exhibition features props and costumes from the Harry and Beasts films, plus other displays and such which celebrate the characters, settings, etc., “using best-in-class immersive design and technology.” Magic. Got it.
$39-$43, continues through September 18th, Franklin Institute, 222 North 20th Street.

ART
La Brega
This exhibition of works by mixed media artist Johnny Irizarry is presented in partnership with Taller Puertorriqueño, where he served as executive director in the 1990s. “La Brega explores the diasporic experience through the lens of a Puerto Rican.”
$6-$12, through August 15th, Liberty Lands, 913 North 3rd Street.

TOUR/BOAT
Secrets of the Schuylkill
Schuylkill Banks Riverboat Tour offers this one-hour family-friendly tour of Philly’s second biggest river. Sights include Bartram’s Garden, Fairmount Water Works and the place I watched a really cute jogger kill dozens of Spotted Lanternflies, just one after another. Why was that hot? What does that say about me?
$15-$25, through August 21st, Walnut Street Dock, under the Walnut Street Bridge, east bank of the Schuylkill River.

MOVIES
Lord of the Rings Trilogy
The Philly Film Society continues its summer of Trilogies with big-screen screenings of the extended cuts The Fellowship of the Ring, The Two Towers, and The Return of the King. You can watch one a day, August 3rd-5th (at 6:30 p.m.), or watch them all in a row on August 6th like a maniac. That’s 12-and-a-half hours, people. Plan your pee breaks ahead of time.
$13 per film or $27 for all three, August 3rd-6th, Philadelphia Film Center, 1412 Chestnut Street.

FESTIVAL
Chinese Lantern Festival
Once again the Chinese Lantern fest — featuring a 200-foot-long dragon — has taken over Franklin Square in a dazzling night-time display of light, color and electricity. There’s food and a beer garden, too. For lots more info and pics from the Chinese Lantern Festival, go here. The festival was just extended another week, so you’ve got til the 14th to check it out.
$18-$20, through August 14th, 6-11 p.m., Franklin Square, 200 North 6th Street.

DRINKS
Parks on Tap
Grab a drink and chill out in the grassy hillocks behind the Art Museum watch the Canada geese tend to their fuzzy goslings on the fortified banks of the Schuylkill River. These geese know little of food truck food, craft beers, picnic tables, but they know not to back down from children intruding on their space. And so the game begins anew, person versus geese, forever.
Free till you buy something, continues through August 31, Water Works, 640 Waterworks Drive.

SHOPPING/ART
Art Star Pop-Up Market
Every weekend, Art Star welcomes vendors on the Bourse building’s Fifth Street patio. A rotation of sellers of homemade and handmade goods, art, jewelry, clothes and more will continue throughout the summer.
Free till you buy something, Fridays, Saturdays and Sundays throughout the summer, the Bourse Philly, 111 Independence Mall East.

MUSIC
Lyle Lovett and His Large Band
The veteran singer-songwriter will perform three shows at City Winery, backed by musicians of extraordinary size, or maybe they’re regular size but there are a lot of them. Lovett released his latest record 12th of June on the 13th of May.
$75-$175, August 3rd-5th, 8 p.m., City Winery, 990 Filbert Street.

COMEDY
Felipe Esparza
The Last Comic Standing alum is the cohost of The Eric Andre Show — though his run of shows at Helium this weekend does not appear to be connected to the Adult Swim Block Party — and has also appeared on Superstore, Gentefied and more. Yes that’s how Gentefied is spelled, I checked.
$22-$36, August 4th-6th, Helium, 2031 Sansom Street.

MUSEUMS
The Future Will Follow the Past
This exhibition by Jonathan Horowitz “explores the transformative changes America has experienced since 2020 and addresses antisemitism, racial violence, immigration, women’s rights, LGBTQ+ rights and more.”  If you see the OY/YO statue out front you’re in the right spot.
Admission is free ($15 donations encouraged), continues through December, Weitzman National Museum of American Jewish History, 101 South Independence Mall East.

OUTDOORS/MUSIC
Oval XP
There’s all kinds of good stuff going at Eakins Oval and along the Parkway this summer, including a Ferris wheel, kid stuff, a really big beer garden, mystery domes of two different sizes, and an impressive lineup of free concerts. Here’s what’s up this weekend: Friday: Jocelyn & Chris at 8 p.m. Saturday: Max Swan, 7 p.m. Plus, 140 vendors visit The Oval on Saturday afternoon for the Now + Then Marketplace, and on Sunday it’s a kids’ dance party with Let’s Rock Recess.
Free, through August 21st, Benjamin Franklin Parkway & Eakins Oval.

FUN/OUTDOORS
Summerfest
The summertime attraction offers roller skating (admission: $5, skate rental: $10), games of chance, mini-golf, a Ferris wheel and more, with food, drink and a nice view of the Delaware River to boot. I’ve heard tell of a creature sighted in that river, but it’s probably just a lot of superstitious hooey.
Free till you buy or do something, continues till the end of summer, 101 South Christopher Columbus Boulevard.

FUN/OUTDOORS
Spruce Street Harbor Park
Spruce Street Harbor Park is the chill fraternal sister to Summerfest, known for its mood-lit trees, hammocks, floating barges and other slightly less well-lit attractions. Food, drinks and a nice view of the river, too. I once asked a scientist what lives in that river and he went silent for awhile before saying replying in a whisper “bad things, friendo.” What was that about?
Free till you buy or do something, continues till the end of summer, 301 South Christopher Columbus Boulevard.

ART
A/RESTOS
Taller Puertorriqueño hosts this “immersive print and mixed-media installation on felt” created by prolific Puerto Rican artist Antonio Martorell. “Its title, A/RESTOS, is a play on the verb to arrest, stop, and remain, that which is left behind… and is Martorell’s response to the economic trouble afflicting his country of Puerto Rico.”
Free, through September 18th, Taller Puertorriqueño, 2600 North Fifth Street.

HISTORY/ART
Pool: A Social History of Segregation
Pool makes use of Fairmount Water Works’ former incarnation as a public pool to explore “the history and contemporary implications of segregated swimming in America,” and uses audio and video to include the voices of Olympic swimmers Simone Manuel, Cullen Jones and Maritza Correa McClendon, along with famous Philly swim coach Jim Ellis and more.
Free, ongoing, Wednesday-Saturday through August, Fairmount Water Works, 640 Waterworks Drive.

MUSIC
Incubus / Sublime
Now this is a fascinating pairing. The complicated funk metal of Incubus and the chill ska-punk of Sublime. Both bands know how to get loud, but do their fanbases overlap? What a world this is. What a world.
$27-$186, 7 p.m., Freedom Mortgage Pavilion, 1 Harbour Boulevard, Camden.

COMEDY
Cedric The Entertainer
Live standup by one of the original kings of comedy. Cedric The Entertainer’s an actor too, having appeared in the Barbershop movies, The Last O.G., The Neighborhood and more.
$70, 7 p.m., Live! Casino & Hotel Philadelphia, 900 Packer Avenue.