REVIEW: In Mary Rose, J. M. Barrie in a Different and Haunting Neverland

A nearly-lost gem of a play gets a glowing revival by the gifted Philadelphia Artists Collective. 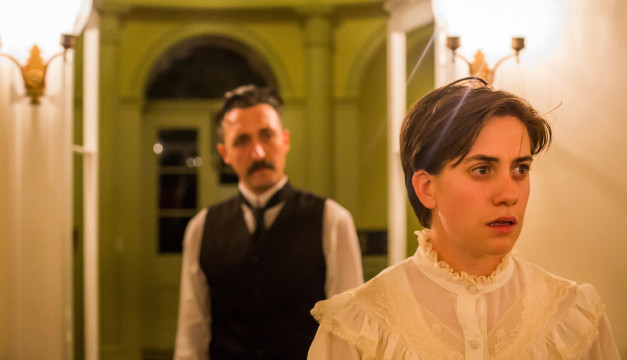 It speaks to the breadth of Philadelphia Fringe 2018 that in the days following the Bearded Ladies’ evening of outré cabaret, I saw two more conventionally structured plays from earlier in the 20thcentury, both by familiar—indeed, widely celebrated—writers. One is Tennessee Williams’ Eccentricities of a Nightingale, reviewed here earlier; now comes J. M. Barrie’s Mary Rose.

The range of Fringe offerings is invigorating in itself, but it also reveals an ironic truth about today’s cultural landscape. Festivals like these were designed as a forum for work that we wouldn’t likely encounter in more central venues. Not long ago, that would certainly have included gender-bending, genre-defying performance art like the Beards.

Today, though, I’d argue that in Philadelphia during the theater season, you’re more likely to find an edgy cabaret performance than a traditional play from the ‘teens or ‘twenties. Sure, everybody knows Barrie’s Peter Pan—it’s as eternally youthful as its protagonist. But when did you last encounter his The Admirable Crichton, Quality Street, or Dear Brutus?

Just how much we’ve been missing is clear from the very start of Mary Rose, a glowing gem of play that resides in a haunting Neverland of its own—somewhere between sentimental drawing room comedy and a powerfully poignant meditation on loss.

Philadelphia Artists’ Collective’s Mary Rose faced two particular challenges at the performance I saw—it was a preview, and a beastly hot night. The show is staged at Woodlands Mansion and Cemetery, moving between the imposing (but un–air conditioned) manor house and its grounds, all of which contributes to its magic. Neither in any sense dimmed the charm of director Claire Moyer’s lovingly staged, masterfully acted production, which goes right to the top of my Fringe 2018 must-see list. 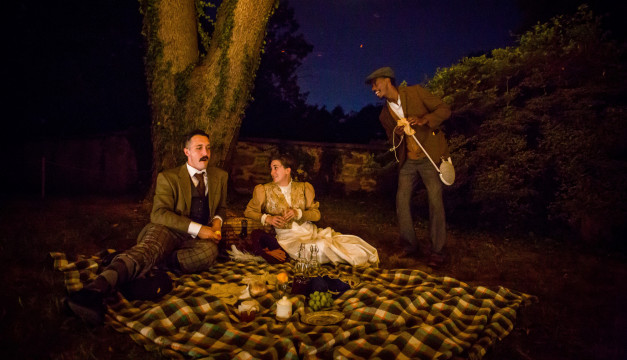 One silver lining to the play’s neglect is that you likely won’t know what to expect. I won’t spoil that—Mary Rose should be a surprise. I’ll say only that it’s clear from the moment we meet the title character—a cherished daughter, and later a beloved wife—that she’s absolutely delightful, but also somehow not quite right. Emily R. Johnson gives a luminous performance, simultaneously adorably down-to-earth and also somehow ephemeral and out-of-reach. She is ably supported by Adam Hammet as her dashing, ardent husband (yes, this is the kind of world where men are dashing and ardent).

One particular editorial choice is also worth noting—here, as in a previous revival more than a decade ago at New York’s Vineyard Theatre, Barrie’s stage directions are performed as a kind of narrative. Initially, I was on the fence about it, but the language is so beautiful—and it’s delivered with such compelling panache here by actor Anita Holland, elegantly insinuated into the action—that ultimately I was won over. The rest of cast—Corinna Burns, Chase Byrd, Susan Giddings, John Lopes, Jahzeer Terrell—contribute memorably.

I could say more… but rather than go on, I’ll leave it to you to discover the pleasures of Mary Rose, not least of which is finding themes that overlap and expand on those in Peter Pan.