You’re on vacation with the kids … now what? 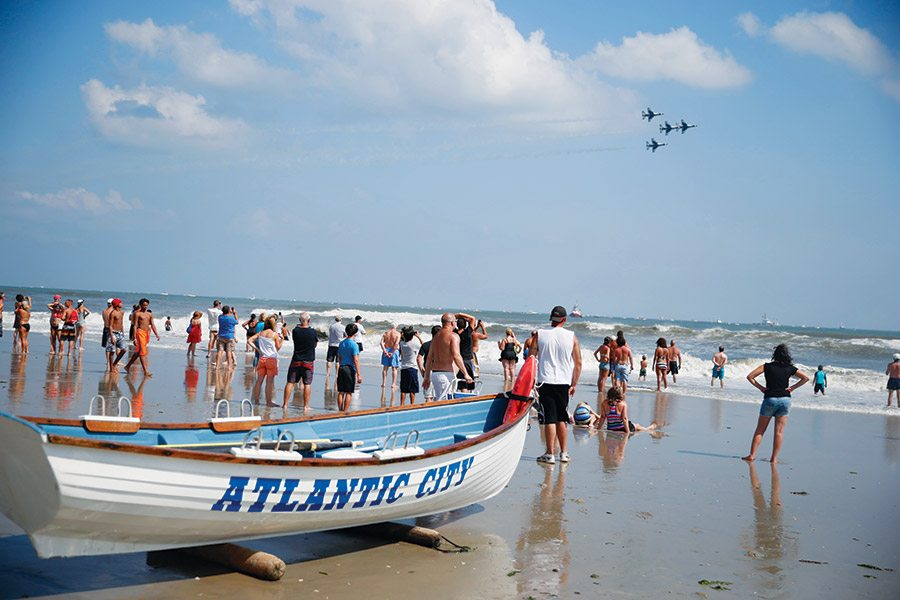 Ah, August. That last month of summer vacation. The sun. The shore. The long days when you’re sitting there thinking to yourself: OMG … What am I going to do with these kids tomorrow?!?!?!

Well, we found some of the best family events at the Jersey Shore in August, whether you’re up in LBI or way down the Parkway in Cape May. Enjoy, and remember: Deep breaths! (And plenty of sunscreen.)

If you’re in: Cape May

Take them to: The Sound of Music film screening on the beach on August 2nd. It’s a sing-along!
And be sure to: Boo the Nazis. And the baroness. And leave your wallet at home: no tags required for this nighttime event.

If you’re in: Ocean City

Take them to: Mummers Night, every Tuesday on the boardwalk.
And be sure to: Teach them the Mummers Strut. You’re never too young to learn, and this is far less of a commitment than taking them to Broad Street in January.

If you’re in: Sea Isle City

Take them to: The Wiffle Classic, a tournament benefiting Autism Speaks on August 11th.
And be sure to: Brush up on your Wiffle Ball skills. These people are serious, and you don’t want to embarrass yourself in front of the kids.

If you’re in: Long Beach Island

Take them to: The kids’ crab race in Harvey Cedars’ Sunset Park on August 18th. It’s exactly what it sounds like.
And be sure to: Bring an extra $20. Adult side bets are encouraged — by us, at least.

If you’re in: Atlantic City

Take them to: The awe-inspiring “Thunder Over the Boardwalk” air show on August 22nd.
And be sure to: Prepare for possible tears when the Air Force F-16 Thunderbird team screams by at more than 700 mph.

Published as “Beach Babes” in the August 2018 issue of Philadelphia magazine.