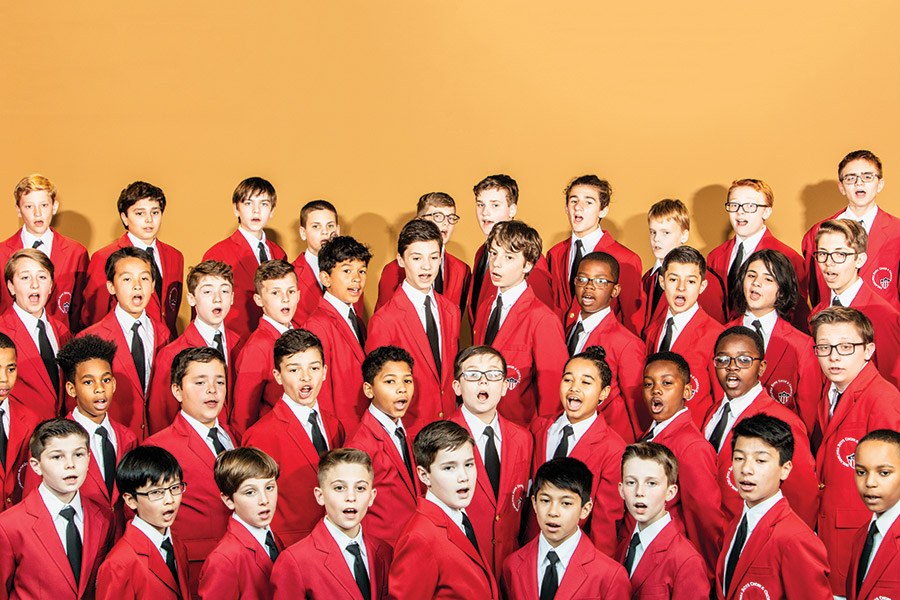 Photographed on May 2nd, 2018, at the Philadelphia Boys Choir HQ at 13th and Spring Garden streets. Photograph by Ryan Donnell

Five decades ago, Philly school district music teacher Robert G. Hamilton took charge of the fledgling All-Philadelphia Elementary School Boys Choir, dressed his young gentlemen in snappy red blazers, and set about teaching them how to read music, how to harmonize, how to stand, how to breathe, molding them into an assembly of angels on Earth.

What became the world-famous Philadelphia Boys Choir would go on to perform everything from opera (La Bohème) to ballet (The Nutcracker, with the Pennsylvania Ballet every Christmas) to the National Anthem (at Phillies home openers), on annual tours everywhere from China and Cuba to the Galápagos Islands and in venues including the White House, the Sydney Opera House and Carnegie Hall. They’ve sung on Saturday Night Live (with Pavarotti!) and produced such alumni as KYW-TV anchor Ukee Washington, Broadway composer Benj Pasek, Oak Ridge Boy Joe Bonsall, Boyz II Men’s Shawn Stockman, and current Boys Choir artistic director and conductor (since 2004) Jeffrey R. Smith. And on June 24th, they’ll celebrate 50 years as “America’s Ambassadors of Song” with a special performance of past favorites and works commissioned for the occasion.

Today, boys ages seven through 12 still audition for the choir (no experience required), then endure hours of strenuous training in return for camaraderie, world travel, and the occasional performance for the Pope. But only till their voices change. Then they step down, boys no more, into the Men’s Chorale.

The Philadelphia Boys Choir performs its 50 Years of Music concert on Sunday, June 24, at 2 p.m a the Kimmel Center.

Published as “Snapshot: All Together Now!” in the June 2018 issue of Philadelphia magazine.