With yet another Jersey act getting the nod this week, we highlight some very overlooked Philadelphia artists. 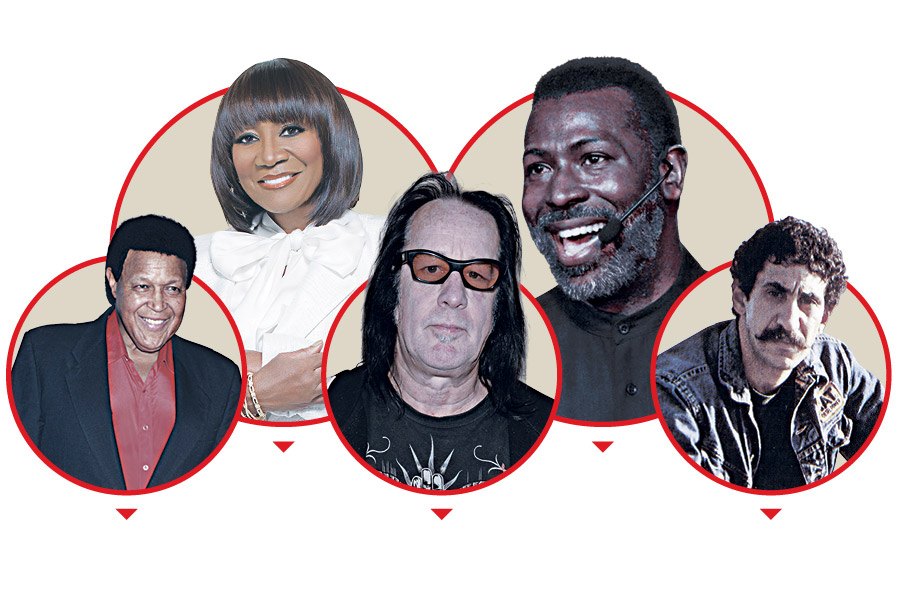 Jon Bon Jovi will get the old band together for the hair metal progenitors’ big Rock and Roll Hall of Fame induction jam on April 14th. Bon Jovi is, of course, not a Philadelphia band. But since Philly’s been criminally overlooked by the hall (just ask Daryl Hall, who railed about this in his 2014 induction speech), we sometimes have to suck it up and claim New Jerseyans as our own. Here, five of the (many) Philly acts who’ve been shunned, and why they do (or don’t) deserve enshrinement.

The Case For: The South Philly oldster has been typecast for “The Twist” and its billion iterations, but the song was huge, and his career showed surprising depth.
Expert Take: “Of course. Yes. For Christ’s sake,” says WXPN program director Bruce Warren. “‘The Twist’ wasn’t his song, but he turned it into a freaking phenomenon. Without it, there would be no Watusi, no Monkey.”

The Case For: With the trio Labelle and as a solo artist, the Southwest Philly-born singer was a pop powerhouse for decades. (See our brand-new profile of LaBelle here.)
Expert Take: “Labelle was revolutionary when it hit,” says Bobbi Booker, host of WRTI’s Spirit Soul Music. “They were the godmothers of Afrofuturism in music. That she is not in there — it doesn’t make any sense.”

The Case For: The Upper Darby singer/guitarist is the mastermind behind classic rock staples “Hello It’s Me” and “I Saw the Light” (and ballpark dreck “Bang the Drum All Day”).
Expert Take: “He made one of the greatest double albums of all time, Something/Anything?,” says Warren. “And he produced some of the greatest albums, including Grand Funk Railroad’s We’re an American Band.”

The Case For: As the power balladeer for Harold Melvin and the Blue Notes and later as a solo artist, North Philly’s Teddy Bear was the epitome of sex-positive soul crooning.
Expert Take: “Harold Melvin’s decision to bring their drummer to the foreground unleashed a beast of a vocalist,” says Booker. Adds Warren: “He and Harold Melvin should be in together.”

The Case For: In the early ’70s, when folk music tended toward the political and the confessional, South Philly-born Croce sang gripping, heartrending stories of hard times and down-on-their-luck characters.
Expert Take: “I would feel like a total ass if I said no,” says Warren. “But I’m going to say no. I never liked him. There are more deserving candidates.”

Published as “Philly Rocks!” in the April 2018 issue of Philadelphia magazine.