25 Things to Do this Weekend 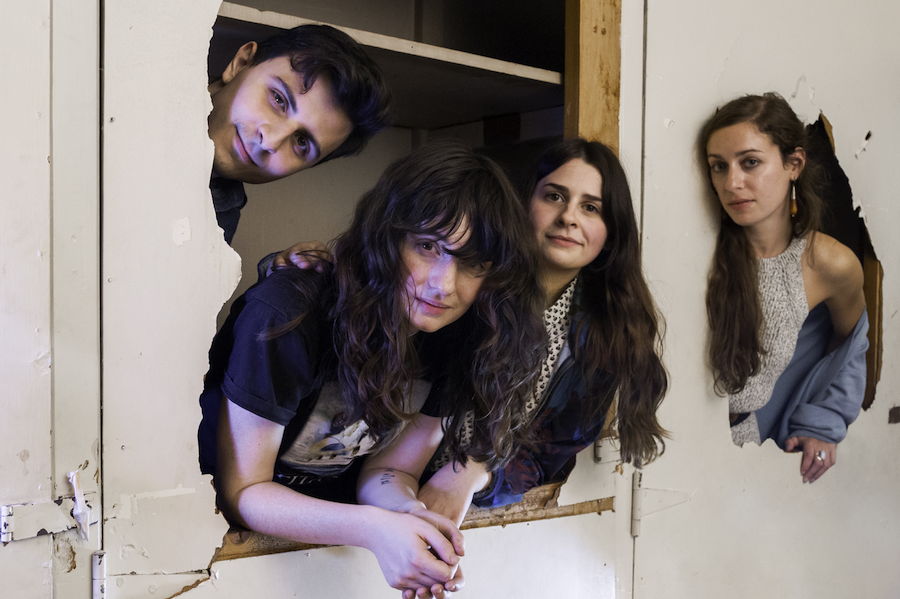 Fujiya & Miyagi @ Johnny Brenda’s
The British electronic dance/pop band is celebrating the 10th (or, using math, the 12th) anniversary of their 2006 record Transparent Things by re-releasing it on vinyl and playing the album front to back on this tour.

Greg Proops @ Helium
The Whose Line Is It Anyway alum drops by for three shows. Thursday is a recording of his podcast The Smartest Man in the World, Friday and Saturday is standup.

The Superweaks @ Everybody Hits
Philly indie-pop/punk has the hooks and the heart. Check out Better Heavens and tell me this isn’t exactly the sort of thing you want to hear when you go to the batting cages.

Rage Cage @ Thunderbird Salvage
Citing this old Philly Mag article on “Anger Rooms” as inspiration, North Philly’s Thunderbird Salvage has erected a Rage Cage and invited the citizens of hostile city over for a little semi-controlled mayhem. They provide you with the proper protection (helmets, goggles, face shields, gloves, safety suit, whatever you need) (BYO boots), some giant speakers to blare your go-crazy music, and a dazzling array of zombie-apocalypse approved weapons. I did a whole thing on it the other day.

Big Nothing @ The Pharmacy
This Philly band specializes in gloriously catchy pop-punk like The Get Up Kids and Promise Ring used to make. Just listen.

The Dean Ween Group @ TLA
Dean Ween (aliases Mickey Melchiondo, Mickey Moist, The Deaner) and his Group welcome their new record rock2 into the world. It’s billed as a kitchen sink sort of album, with funk and soul mixed in with classic rock and punk and other good stuff. I bet it’s a little weird, too. Just a hunch.

Ali Siddiq @ Punchline
The Houston comic tells stories about life, people and his time behind bars. This is funny but also completely nerve-wracking. Through Saturday.

Memories of Underdevelopment @ Lightbox Film Center
Tomás Gutiérrez Alea’s 1968 film stars Sergio Corrieri as a man who is left behind in Cuba after his wife and parents fled to Florida. The film is considered a masterpiece of Cuban filmmaking.

Queen of Jeans @ Underground Arts
The jangly, melodic indie rock band from Philly celebrates the release of their long-awaited debut record, Dig Yourself.

Garden of Eden @ South Street Cinema
Writer-director Robin Williams will be participate in a Q&A following this screening of their short film about “black love, and what ‘coming of age’ really means for young queer people of color.”

Drive-By Truckers @ Union Transfer
Did you know that the Drive-By Truckers’ 2016 album, American Band, had a song about Roy Moore called “Kinky Hypocrite”? It was a like full year before the rest of us figured the slimeball ex-Alabama judge out, but the DBTs knew. Here’s to prescient alt-country heroes. Oh, and make sure you get there in time for the opening act Erika Wennerstrom, best known as the bluesy frontwoman for the Heartless Bastards.

The Pretenders @ Tower Theater
Legends. Founded in the late ’70s, the Pretenders — fronted by cool-as-hell singer/guitarist/icon Chrissie Hynde — gave us rock/new wave classics like “I’ll Stand by You,” “Brass in Pocket,” “Back on the Chain Gang,” “My Baby,” and of course:

First Person Arts StorySlam @ FringeArts
Hear five-minute, true-life tales, or maybe sign yourself up. This time the theme is “Parched.”

Lucy Rose @ Boot & Saddle
The British singer songwriter has a smooth, jazzy voice that gives each of her little folk-pop tunes a chance to reach for the stars. Her most recent record is last year’s Something’s Changing.

6ix9ine @ TLA
Because “Batman villain” isn’t an actual job a person can get in this stupid world, 6ix9ine has had to settle for “rapper.” I guess it’s a good gig for an over-the-top NYC MC who craves drama and sings about murder with zero metaphorical undertones. I was going to post one of his videos, but I didn’t like any of them.

Five Dollar Comedy Week @ Good Good Comedy Theater
Starting Sunday, the upstart Chinatown comedy club will host some 30 new shows and workshops, each for just a fiver. Some could be the start of something big, some might never be seen again. Either way, you’re seeing something special. The whole schedule looks pretty great, but I listed a few that jumped out at me in a post on Monday. Runs April 1 through 7.