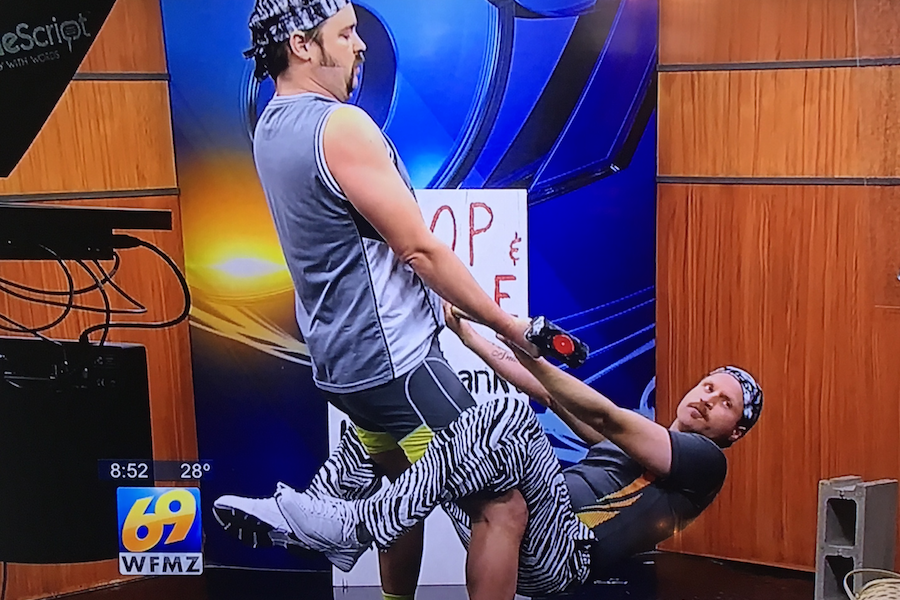 I was surprised to discover the Found Footage Festival has been in business longer than YouTube. It’s hard to imagine one without the other.

Founded in 2004 by comedians Joe Pickett and Nick Prueher, the FFF is all about celebrating obscure media. They’re especially fond of stuff that that would otherwise be lost to the crap sale tables and Goodwill dollar bins of history: old public access shows, infomercials, promo videos, employee how-to tapes, etc.

Not merely nostalgic, Pickett and Prueher seem drawn to videos laced with the beauty and goofiness of a reality that didn’t pan out. Unlike the pedal-to-the-medal editors at Everything is Terrible! — who played Philly earlier this week — the FFF people seem to prefer “weird and funny” to “deeply unsettling” (though there’s plenty of room for crossover, like when it comes to satanic panic and other moments of bygone preachy hilarity). But this is more their speed:

The live version of the Found Footage Festival, which stops by Good Good Comedy Theatre on Saturday, features Pickett and Prueher making quips and showing clips on the big screen, with some interstitial sketches thrown in. Expect the up-for-anything attitude of a deep YouTube dive with the inventive mockery of Mystery Science Theater.

And of course Pickett and Prueher are not above creating some laughable media of their own. You may recall that last year they posed as fitness experts and talked their way onto a Wisconsin morning show last year, to hilarious if litigious effect: