12 Things to Do in Movies, Comedy, Books and More 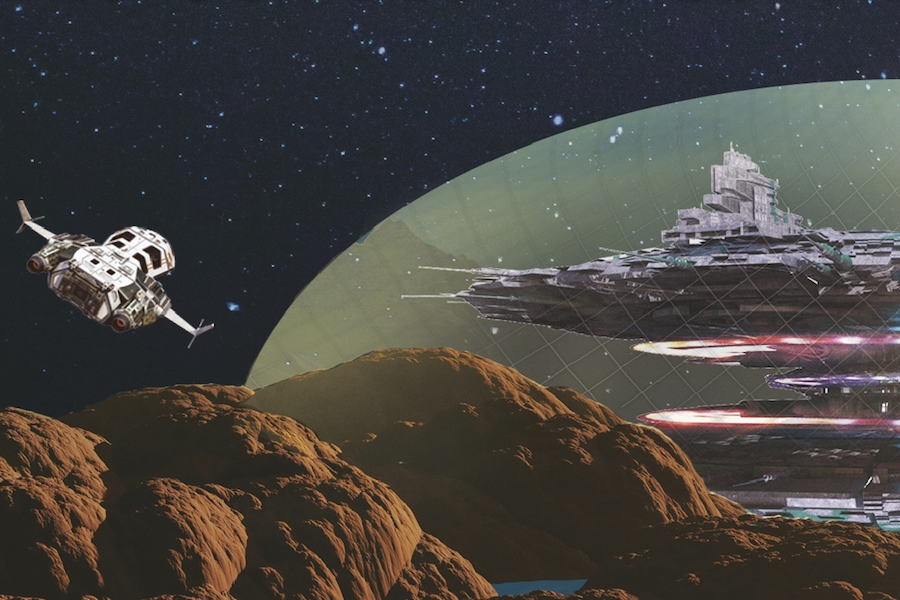 Michio Kaku will speak at the Free Library Central Branch on Tuesday, February 27. This image is a detail from the cover of his new book, The Future of Humanity: Terraforming Mars, Interstellar Travel, Immortality, and Our Destiny Beyond Earth.

Unearthed & Untold: The Path to Pet Sematary @ PhilaMOCA | Wednesday, February 21
Directed by John Campopiano and Justin White, this independent documentary takes you behind the scenes of the Stephen King novel turned surprise movie classic Pet Sematary. Unearthed & Untold includes interviews with King, director Mary Lambert, several members of the cast and crew and a wide cast related characters. Sadly, Fred Gwynne — who uttered some of the 1989 horror film’s most memorable lines — passed away years ago and so only appears in archival footage. Sometimes dead is not better. Scroll down a little for the trailer.

Tour: Octavius Catto & Abolitionists @ The Library Company of Philadelphia | Thursday, February 22
Not to be confused with the Philadelphia Free Library, a branch of which I am writing this post, the Library Company of Philadelphia is “America’s first successful lending library and oldest cultural institution” founded by Benjamin Franklin in 1731. This tour, led by African American History Specialist Jasmine Smith, ties in with the #GiltyPleasures exhibition.

Plastic Cup Boyz @ Punchline | Thursday-Saturday, February 22-24
This three-man comedy team — Joey Wells, Will “Spank” Horton and Na’im Lynn — toured with Kevin Hart and has a done several videos for Comedy Central. This cracked me up.

Clock That Mug or Dusted @ FringeArts | Thursday-Saturday, February 22-24
Cherdonna Shinatra stars in this show that “draws on vintage feminist ideals and asks, ‘what is present day queer/drag feminism?’” Shinatra will utilize movement, paint and cake.

Bonnie Siegler and the Sisters of Solidarity @ Philadelphia Ethical Society | Thursday, February 22
AIGA discussion and book signing with influential graphic designer and author Bonnie Siegler, founder of the Eight and a Half design studio. Her newest book is called Signs of Resistance: A Visual History of Protest in America. Sisters of Solidarity Helene Calci, Rose DiSanto, Michele Cooper and Kelly Holohan will participate in a panel discussion.

Amanda Seales @ Helium | Monday, February 26
Also known as Amanda Diva, L.A. comedian/actress/singer/radio DJ Amanda Seales will perform standup. (She used to sing with Floetry!) I mean, she’s fully capable of breaking into song or doing a monologue or playing a record, but this show is a comedy club so I’m taking a guess here.

Spice World @ Trocadero | Monday, February 26
This musical comedy starring pop stars the Spice Girls was declared “way better than anybody expected” when it was released in 1997. Does it hold up? Does it matter?

Michio Kaku @ Free Library Central Branch | Tuesday, February 27
The rock star theoretical physicist and author — whom I first heard while listening to Art Bell back in the day — will discuss his new book The Future of Humanity: Terraforming Mars, Interstellar Travel, Immortality, and Our Destiny Beyond Earth. Sadly the auditorium is sold out, but there are still tickets available for the simulcast. Take it away, Mich…