47 Things to Do This Weekend 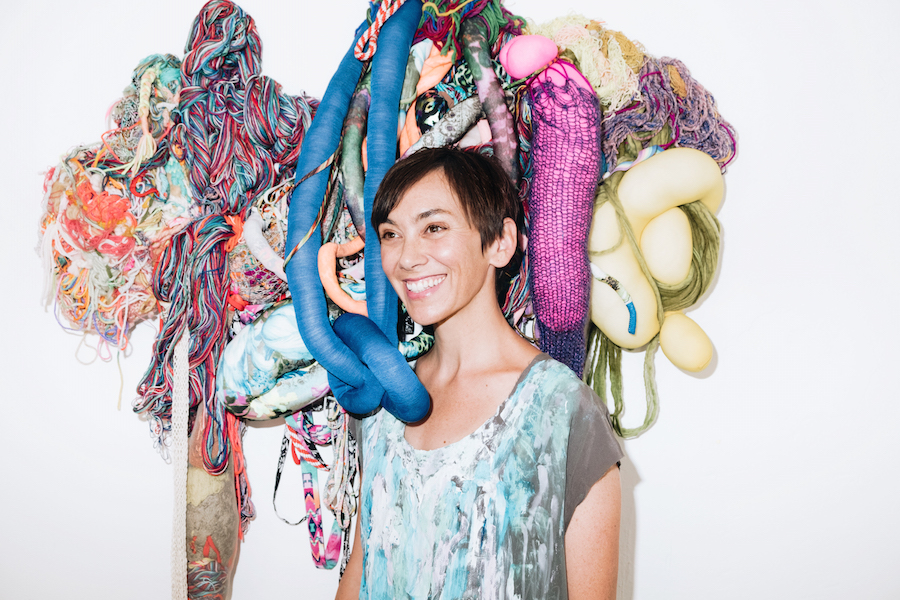 Weird Science @ Philadelphia Museum of Art
Baltimore-based electronic musician and showman Dan Deacon headlines this Final Fridays event at the PMA. Also includes insight into art conservation, an “unconventional gallery tour” in which med students attempt to diagnose the maladies of the people in paintings and sculptures and more.

Inara George @ Boot & Saddle
The Bird and The Bee singer/bassist/Bird plays a solo show in support of her just-released solo record, Dearest Everybody. This may be the most gorgeous thing you’ve heard in awhile:

Secret Cinema presents Two-Reelers @ the Maas Building
Secret Cinema digs up once-beloved comedy heroes whose short, two-reel films played before the main attractions from the 1920s to the 1950s. I wrote a larger post about this event on Monday.

Hands-On Tour: Lesbian and Gay Lives @ The Rosenbach
A tour and discussion of the lives and work of Oscar Wilde, Marlene Dietrich, Greta Garbo and other queer artists. Includes access to some of the museum’s rarely displayed items.

Kayo Dot @ Kung Fu Necktie
Boston/Brooklyn metal/prog/avant garde act Kayo Dot put out a memorable record called Plastic House on Base of Sky a few years ago. No new album’s been announced, as far as I can tell, but Toby Driver and co. are surely up to something.

The Devil Makes Three @ Electric Factory
It’s not every day that a bluegrass/roots band plays the Electric Factory, but this Santa Cruz band has the chops to get the job done.

Dan Cummins @ Punchline
The veteran standup has released several albums including Chinese Affection (2015) and Don’t Wake the Bear (2016). Through Saturday.

Dinos After Dark @ The Academy of Natural Sciences
The Academy turns its Dinosaur Hall into an indoor beer garden. Also: live animals and fossil prep. Pay-what-you-wish.

Henry Rollins: Travel Slideshow @ Trocadero
The punk singer-turned-raconteur shows photos from his world travels and tells the stories behind them. The Thursday show is sold out, so they added one on Friday.

Black Atlas @ Cantor Fitzgerald Gallery, Haverford College
Research-based artist Jacqueline Hoàng Nguyễn created this exhibition of photos and documents “reflecting upon the administration of racialized labor for transporting artifacts from across the world to the collections of European museums.” A reception and artist talk will take place Friday, February 2. Through March 9.

Porco Rosso @ Ritz at the Bourse
A Midnight Madness screening of Studio Ghibli/Hayao Miyazaki’s 1992 animated favorite about a pilot with a pig head.

MØ & Cashmere Cat @ Electric Factory
So this is how they dance in Scandinavia. MØ’s an electronic pop artist from Denmark. Cashmere Cat’s a DJ from Norway.

Granger Smith @ Trocadero
Granger Smith’s a Nashville country artist who sometimes goes by Earl Dibbles Jr. when he feels like being extra, extra country (grab some guns, put on the overalls and a trucker cap, etc.). The Smith stuff’s more sincere:

Prize-winning Cartoonists vs. T***p @ Big Blue Marble Bookstore
Fantagraphics cartoonists Ann Telnaes and Dwayne Booth (aka Mr. Fish, from Philly) will show off their new politically charged books: Trump’s ABC and And Then the World Blew Up.

Make Up or Break Up @ Good Good Comedy Theatre
It’s host John Deary’s birthday, so this “Newlywed Game with a sadistic twist” show is inviting some of its favorite couples to go back through the ringer. Special guest host Jillian Markowitz.

Brian Isley @ The Drake
The NJ comedian will record his first live album, F*ck It. Isley was crowned South Jersey’s Funniest Man in 2015.

I guess I’m never sure that print is truly linear: Q & A @ Ulises
This event celebrates David Reinfurt and Robert Wiesenberger’s book Muriel Cooper, about the groundbreaking designer and artist. Includes a discussion with Reinfurt, designer Mark Owens and the Art Museum’s Katie Reilly.

Leon: Protector of the Playground @ Oak Lane Branch of the Free Library of Philadelphia
My old pal and comic book creator Jamar Nicholas signs copies of his hit graphic novel.

Dead Moon Night: A Tribute to Fred Cole @ Liberty Vintage Motorcycles
Heavy, messy and fiercely independent, Oregon’s Dead Moon were everything you wanted in a rock band. On Saturday, fans will gather at a Fishtown motorcycle shop to pay respects to beloved frontman Fred Cole, who passed away in November at age 69. Several bands will take on the Dead Moon catalog and related sounds. Among them: Bong Daemon, Dad Mom, The 99’s and Stepdad.

Philadelphia Auto Show @ Pennsylvania Convention Center
Look at cars past present and future. Several famous vehicles will be in attendance including K.I.T.T., the A-Team van, the Mystery Machine, Mater from Cars and two different Vin Diesel rides. Through February 4.

Eddie Bruce Remembering the Latin Casino @ World Cafe Live
The Latin Casino is one of my favorite bits of Philly music history. The club, which started in Center City and later moved to Cherry Hill, was a hub of entertainment to several generations of local fans. My aunt saw Telly Savalas play there. Richard Pryor, Dean Martin, Jerry Lewis, Jimmy Durante and hundreds of others played there. Sammy Davis, Jr. did a residency. The Cure’s first-ever show in North America was at the Latin. In this multi-media show, veteran entertainer Eddie Bruce pays tribute the beloved bygone club and the artists who played there.