Michael Wolff, Author of Trump Tome “Fire and Fury,” Is Coming to Philly

The veteran chronicler of high-level hijinks will discuss the controversial book at the Free Library. 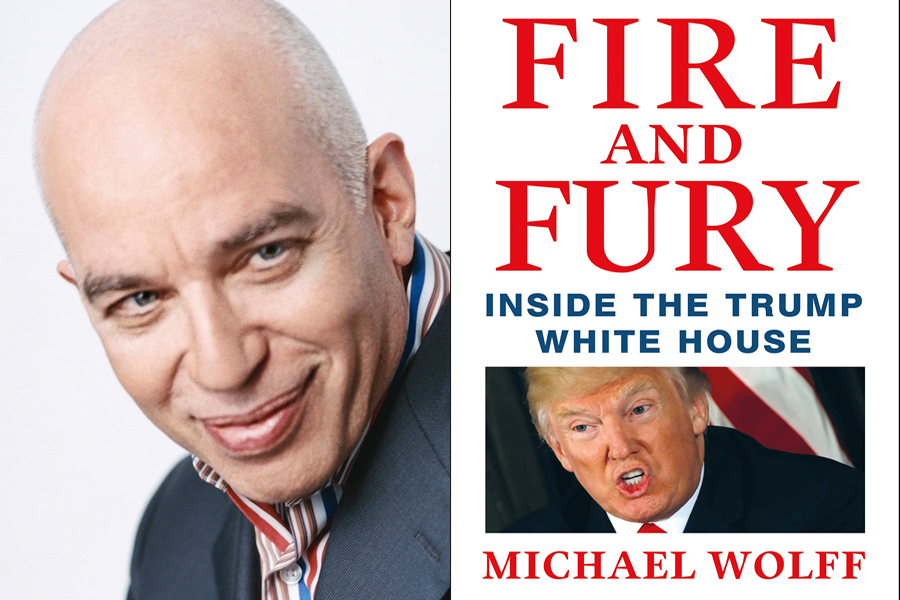 Michael Wolff, author of the instant best-seller Fire and Fury: Inside the Trump White House, is set to make an appearance at the Free Library of Philadelphia to discuss his explosive book with WHYY political columnist Dick Polman.

On January 16th, Wolff and Polman will survey the less-than-flattering account of the Trump administration’s first nine months in office, bolstered by on-the-record accounts from officials like former chief strategist Steve Bannon. Wolff’s exposé has been garnering round-the-clock media attention for such juicy details as:

The talk, scheduled to run from 7:30 to 9 p.m. at the library’s main branch, 1901 Vine Street, is free to the public. Below is a clip of Wolff speaking to the buzz surrounding Fire and Fury, which spurred the president to send him a cease-and-desist letter: