20 New Year’s Eve events that are not sold out (last we checked). 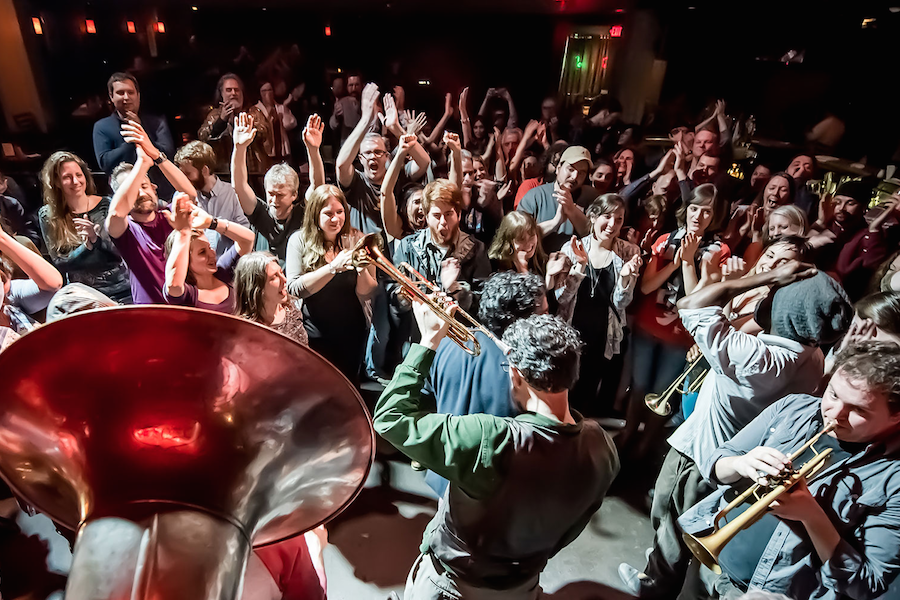 Lushlife @ Johnny Brenda’s
The Philly rapper/producer kicked off the year with the dynamite comp My Idols Are Dead + My Enemies Are in Power and ends it with a DJ set full of “escapist jams for the end of the world.”

Betsy’s Birthday Bash @ Betsy Ross House
A little something for the kids. Apparently it’s Ms. Ross’ 266th birthday; celebrate it with cupcakes from City Tavern plus balloons and a demonstration of colonial chocolate making. 1-3 p.m.; free.

Godfrey @ Helium
Get the last laugh on 2017 with the comedian/actor you might’ve seen in Zoolander, Soul Plane, 30 Rock and Louie. Champagne at midnight.

The Get Up Kids @ Trocadero
Back when emo was really just upbeat power pop about girls, the Get Up Kids were one of the best bands going. Though they’re pushing 20, several of the Get Up Kids’ oldest records — 1997’s Four Minute Mile and 1999’s Something to Write Home About, especially — are still fun as hell.

West Philadelphia Orchestra / Johnny Showcase & The Mystic Ticket @ Underground Arts
Two of this city’s most reliable party bands — WPO does it Gypsy/Balkan/brass style; Johnny Showcase is more of a psychedelic soul type thing — gather some friends for a basement throwdown.

Spirit of Philadelphia @ the Delaware River
There’s still time to get onboard the big boat, be it for the 4 p.m. or 8:30 p.m. cruises. Both buffet dinner, dancing and a sweet view of the fireworks.

New Year’s Eve Bash with PhillyBloco @ World Cafe Live
If you can dance to it, this world-wise ensemble can play it, from Rio rhythms to New Orleans’ second-line parade faves, not to mention samba, funk, reggae and so on and so forth.

Ruby The Hatchet / Hound @ Ortlieb’s
A little glorious gloom and doom to welcome 2018. These two bands do it loud and proud.
Give-No-Effs Rock Band Cosplay New Years Eve Party @ PhilaMOCA
Super Thrash Bros play two sets, but most of the evening’s entertainment will be a live-band karaoke situation. There’s a Google Doc in the works listing the evening’s possible entertainment. We’re talking Alanis, Arctic Monkeys, Cake and a shit-ton of Billy Joel and Bon Jovi. Can you tell I stopped scrolling pretty early on? The list is 528 songs long and growing.

Midnight from the Top @ One Liberty Observation Deck
A black tie affair near the top of the city’s skyline, with a unique view of the fireworks 57 stories up. Food, open bar and music by DJ Jason Weiss.

Marilyn Maye @ Dino’s Backstage and The Celebrity Room
The Grammy-nominated cabaret singer and actress plays two dinner shows on the Eve. Here she is back in 1967.

NYEmo @ Kung Fu Necktie
Three-dollar citywides, plus DJ xXcaityXcandyXx plays your emo favorites by Panic! At The Disc, My Chemical Romance, Paramore, Taking Back Sunday, Fall Out Boy and more.

Hands and Knees NYE 2018 @ The Barbary
Champagne toast, open bar plus house/disco/club music on the main floor and rap/dance upstairs.

Silent NYE Bash @ TLA
Tune into the DJ of your choice via special headphones, or take them off and think about how weird the whole thing is. Open bar, too.