In which we find out where the 1983 Philly-shot classic falls on his list of favorite Christmas movies. 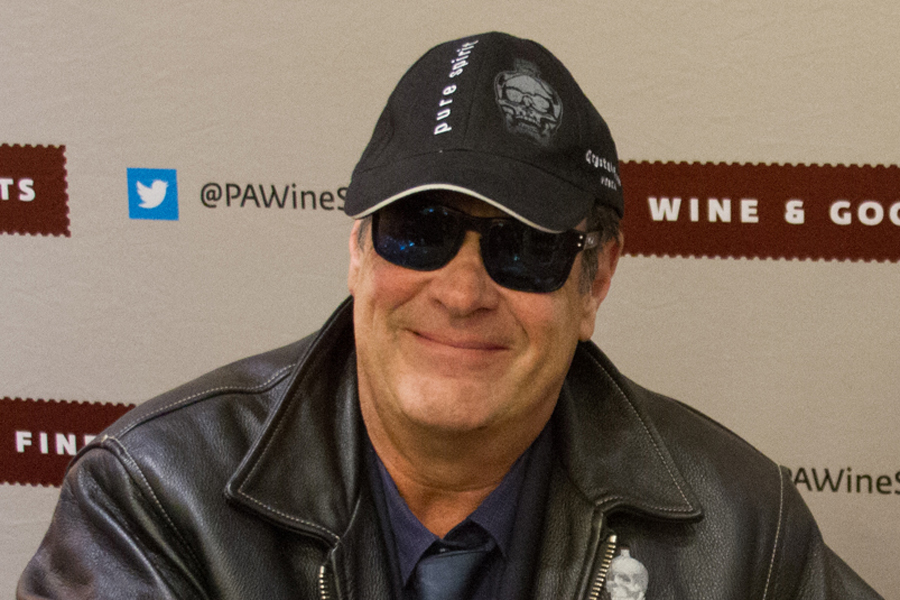 Photo provided courtesy of the Pennsylvania Liquor Control Board.

Dan Aykroyd loves Philadelphia almost as much as he loves his vodka, which you can find in its distinctive glass skull bottle on the shelves of liquor stores in 58 countries. It’s been nearly a decade since the comedy film legend first introduced Crystal Head Vodka, which he happily promotes on a roving national tour that puts him face-to-face with diehard fans armed with Ghostbusters or Blues Brothers quotes for any social situation. (Some even show up in costume.)

We sat down with Aykroyd at one of these bottle signings in Northern Liberties recently to talk about his booze and where the Philly-shot Trading Places ranks on his list of all-time favorite Christmas movies.

It’s been about 10 years since you launched your vodka brand. In that time, have you ever grown tired of drinking the stuff?
Uh … no. I’ve got 300 bottles in my barn up in Canada, all empty, sitting high in the rafters. That represents the consumption we’ve had over the years during the summer and at Christmas and other holidays. It’s the cleanest vodka on the planet, and bar chefs — both domestic and private — just love our product. It’s the virgin canvas in which to pour mixes.

You can never go wrong with liquor as a last minute holiday gift. Would you recommend giving Crystal Head?
We see a big spike in our sales around Christmas time. It’s nice to exchange and have on display. We do a little Santa hat thing on the bottles in some of the stores – it’s cute. But, sure, you’re giving a quality gift with our product. We won the Prodexpo in Moscow, which is the Russian contest for beverages. They voted us excellent taste out of 400 products. If the Russians don’t know their vodka, then the Japanese don’t know their sushi.

What was the best Christmas gift that Dan Aykroyd ever received?
An electric lawn mower from my dad, because he knew I could make some money in the summer with it.

We obviously love Trading Places here in Philly. Where does that flick rank among your favorite Christmas movies?
Trading Places is the definitive Philadelphia Christmas movie. I’ve got it in my top five. Probably would go A Christmas Carol, It’s A Wonderful Life, Christmas Story, Home Alone, and then Trading Places. It was beautiful filming in Philly during the winter, and the people were so hospitable to us. We had a lot of fun.

So is Crystal Head only for hoity-toity socialites like your Trading Places character Winthorp, or are beer-and-hoagie Philadelphians welcome to enjoy?
Both, man. Bikers and bankers love our product. A real full range.