Queen of the Dark: Q&A with Andi Harriman

The author/music critic delivers an illustrated lecture on the goth music and subculture tonight and tomorrow. 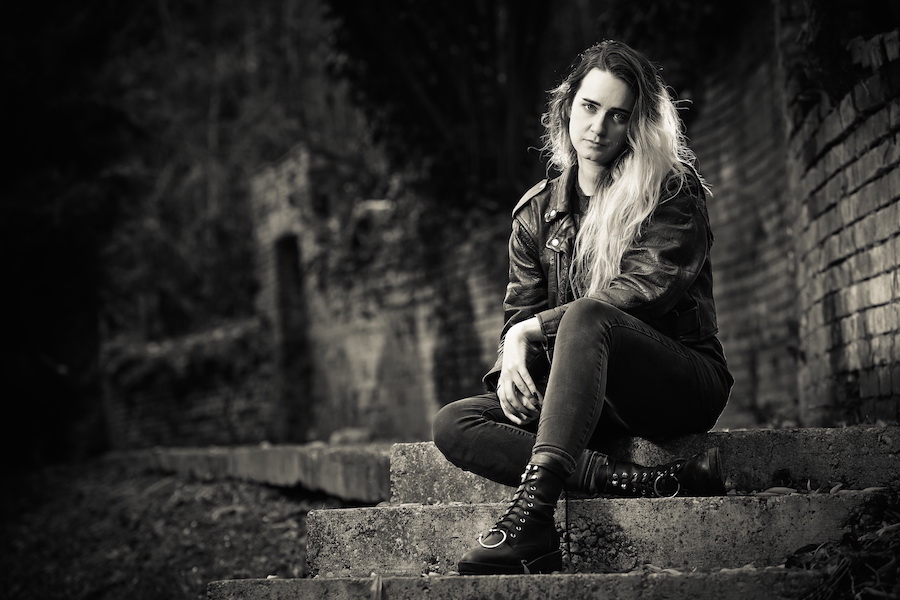 Andi Harriman is the author of Some Wear Leather, Some Wear Lace: The Worldwide Compendium of Postpunk and Goth in the 1980s.

In the pre-internet age, goth/post-punk music could enjoy a shadowy existence. Bands like The Cure, Joy Division and Siouxsie and The Banshees seemed to bubble up out of nowhere fully formed, their dark, romantic sounds summoning dark, romantic fans from the ether. It was an amazing if somewhat lonely time for fans of the genre. These days, fans can take a long view of the subculture, and lost bands can be rediscovered, NYC music critic Andi Harriman tells me. Harriman’s the author of Some Wear Leather, Some Wear Lace: The Worldwide Compendium of Postpunk and Goth in the 1980s. She’ll be at Space 2033 tonight and tomorrow delivering an “illustrated lecture” entitled Goth 101: A History of the Postpunk and Goth Subculture, 1978-1987.

Let’s get really basic here: Who are some of the most important artists in goth/post punk during that time period?

I think some goth household names such as Siouxsie Sioux, Ian Curtis, and Robert Smith of The Cure are popular for a reason. Siouxsie for her crossover from the punk scene into darkness, Ian for his martyrdom to his music (and how iconic the Joy Division story has become), and Robert [Smith] because he is a big cuddly goth bear that had accessible pop hits while, at the same time, managed to write some utterly devastating songs.

Who’s a forgotten favorite from that time?

One great thing about the internet is that a lot of music has found its way on YouTube so it’s pretty impossible for bands to be forgotten. However, many of the non-English speaking post-punk bands don’t get enough credit such as Musta Paraati, Opera de Nuit and Paralisis Permanente.

What’s your favorite video from that era?

My favorite video will always, always be “Dominion” by The Sisters of Mercy. In this video they defy all the rules: wearing white, hanging out in a desert with lots of sunlight, and a dramatic story line that includes Patricia Morrison riding a horse. It doesn’t get more epic than that.

Goth was more than just a music thing, right? Would you say there’s a philosophy that that the fans and the artists all share?

Oh definitely. In the 1980s, the goth subculture was an all-consuming thing — there was little time for much else. It’s as the goth journalist Mick Mercer, said: It’s a state of mind. I think talking philosophy would take a while — and I believe it’s changed a bit over the years — but, simply put, goth is about drama, darkness, and death (what I like to call the three Ds). These three elements are apparent in the oeuvre of the artists and in the everyday lifestyle of the fans.

Were you a goth in high school? Are there still goths, today?

I grew up in a small town, out of reach from any major city, so I really had no idea what goths were. I just felt a connection to this sort of music and was quite excited to find out there were a bunch of people who had the same interests as me. I was very much a loner and read Victorian novels for fun, so maybe I was some form of goth without really knowing it at the time. And yes, there’s lots of goths nowadays! You just have to know where to look.