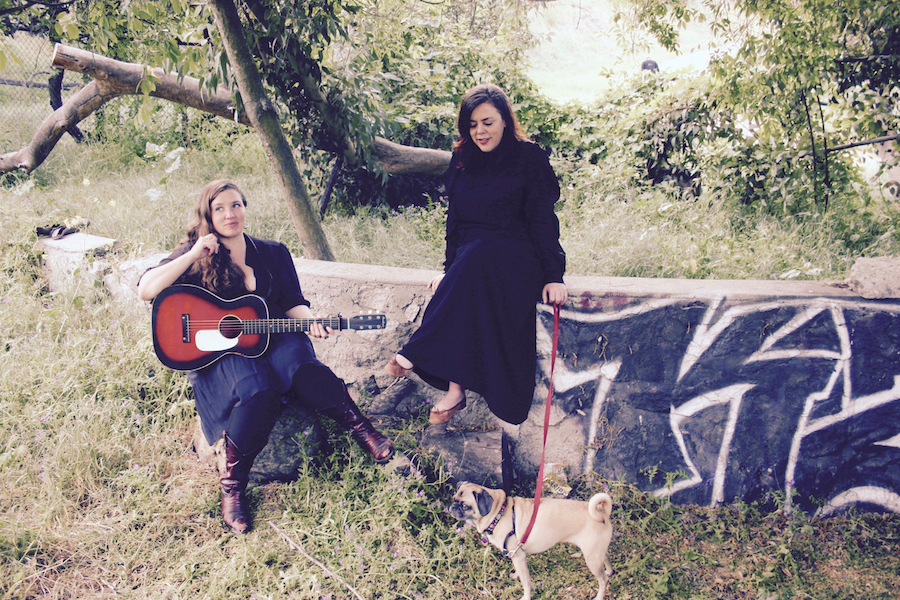 Emily Haines & the Soft Skeleton @ Union Transfer | Wednesday, November 29
A charismatic vocalist with cutting lyrics to match, Emily Haines doesn’t seem to hold anything back in her day job fronting indie-rock band Metric. But somebody with this much to say probably can’t have enough side gigs, hence the occasional record under her own name and the even more occasional albums as Emily Haines & the Soft Skeleton. Released in September (and somehow the follow-up to 2006’s Knives Don’t Have Your Back), Choir of the Mind is a quietly powerful record full of pointed songs written about strength, confidence, femininity. This video creeps me out:

Jolie Holland & Samantha Parton @ Boot & Saddle | Thursday, November 30
Something great happens when these two singers get together. We first heard it on The Be Good Tanyas’ universally beloved debut record Blue Horse (2000) — “Littlest Birds,” especially, remains breathtaking — and we can hear it again on Wildflower Blues. Released in September, Jolie Holland and Samantha Parton’s debut solo record is a gritty, gorgeous tangle of blues and folk that gives you the flower and the thorns all at once.

Clap Your Hands Say Yeah @ Johnny Brenda’s | Thursday & Friday, November 30 & December1
Jangly, jittery Philly/Brooklyn band Clap Your Hands Say Yeah struck a nerve with their self-titled debut in 2005, but didn’t get nearly as much love for their 2007 follow-up, Some Loud Thunder. But the album — like frontman Alec Ounsworth — persists, and several gems still stand out as some of the best work in the CYHSY catalog. This video is fan-made, but it works.

Jay Z @ Wells Fargo Center | Friday, December 1
Lots of big pop/hip-hop records these days appear out of nowhere and leave the fans buzzing for weeks, but Jay Z’s 4:44 was old-school in that respect. It was foretold with billboards and subway ads that didn’t even have his name or face on them at first. Then the record came out in June, collected mostly positive reviews, launched a few thinkpieces about love and fidelity, and seemed to disappear. (Or maybe it only feels that way because I don’t have Tidal?) But the record exists. Lots of us streamed it and liked it, surely. And this tour, we should be excited about it. Are we?

Deer Tick @ Union Transfer | Friday, December 1
The veteran indie band from Providence released Vol. 1 and Vol. 2, in September. One’s acoustic. The other’s electric. Consequence of Sound called it “messy and masterful,” which sounds pretty nice. Pitchfork said, “The discs both contain a more settled outlook from bandleader John McCauley than usual.” That makes it seem boring. Is it boring? You decide:

Berhana @ Voltage Lounge | Saturday, December 2
I could post the new video by thoughtful, moving Atlanta emcee/R&B singer Berhana — it’s called “Grey Luh” and it’s a good one — but I keep coming back to “Janet.” The song hurts so good and the video’s somewhere between David Lynch and It Follows.

The National @ Kimmel Center | Monday, December 4
By now you know if you like The National and nothing I say is going to change that. You’re your own person and I love you for that.