One of Us: Son Little

Fresh off a European tour, the rising Philly R&B star (his latest album, New Magic, is pure magic and would make a great gift for any music lover in your life) talks Lorenzo’s Pizza, Rachmaninoff, and what he wants for Christmas. 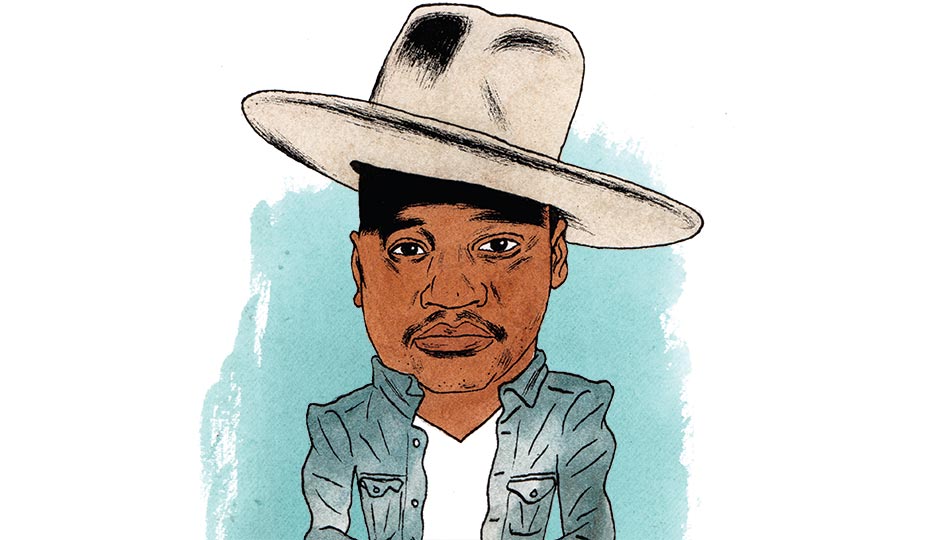 My stage name comes from … a dream. Early in life, my family nicknamed me “Little Son,” and then years later I was sort of meditating on what I should call this project, and “Son Little” flowed into my subconscious. I went to sleep, and when I opened my eyes, it just appeared.

I came to Philadelphia … in 1998. I was reading a biography of John Coltrane, and it talked about him leaving North Carolina and coming to Philly. Sometimes I just get an idea and it gets lodged in my brain, and I knew Philly was the place for me to be.

These days, I live in … a van, most of the time. But I’ve lived in South Philly, West Philly and Germantown.

The most surprising thing about the music business for me is … that things get done at all. It can feel very chaotic. It’s something that is harder to see from the outside — you grow up going to shows and watching performers, and it looks like a very tight, controlled exercise. But it’s more like controlled chaos behind the scenes.

If I want a bite after a Philly gig, you’ll usually find me at … Lorenzo’s on South Street. That’s my guilty-pleasure meal.

The best description I’ve ever heard of my sound is … “Sam Cooke in outer space.” Hands down.

I grew up listening to … everything. Soul, jazz, funk, rock. But definitely not funk-rock.

My favorite musical artist from Philly has got to be … McCoy Tyner, but there are so many.

The first concert I ever went to see was … Fishbone, at the Tower Theatre in 1991.

One song I’d love to cover is … “Bernadette,” by the Four Tops. I’ve just never had the guts.

If you’re taking me out to dinner, let’s go to … New Harmony on Cherry Street. I’m not vegan or vegetarian, but that’s my spot.

People would be surprised to know that I enjoy listening to … Rachmaninoff. Partly because I like his name. If only I had taken those piano lessons my mom wanted me to take.

I hate it when people ask me … “What time’s the show?” Because they, like, know where you’re playing. They know who you are. They know the date of the show. But somehow, they never know the time.

The biggest difference between Philly and L.A. is … the weather. I miss the sunshine. But I’m that rare person who actually likes the humidity of the East Coast summer. It’s perverse, I know.

The farthest I’ve played from Philly is … Australia. It’s a crazy place. All the animals and birds and trees make you realize you’re in a fundamentally different place, but at the same time, culturally, it feels very similar. So much sameness and yet so much different.

Music-streaming services … are really changing people’s listening habits. It’s really cool that people can effortlessly audition different things and share them and access music that they don’t know already, but it’s caused a lot of folks to not listen to a whole album anymore. That kind of makes me sad.

This year for Christmas, I want … a Gibson ES-336 guitar. I mean, what I really want is peace on Earth. But that’s not happening.

Published as “One of Us” in the December 2017 issue of Philadelphia magazine.