33 Things To Do this Weekend 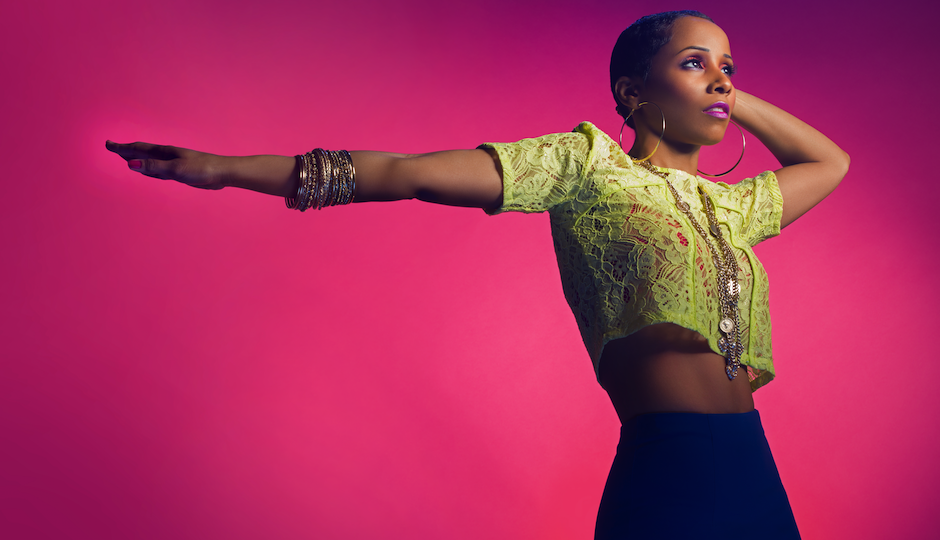 Vivian Green plays with Musiq Soulchild and Bilal at the Electric Factory on Friday. (viviangreen.com)

Enrique Iglesias/Pitbull @ Wells Fargo Center
Two of Miami’s biggest stars, touring together. Enrique Iglesias is the King of Latin Pop with 25 Spanish language number one songs, and a bunch of hits in English, too. In addition to making memorable music, Pitbull’s a DJ/rapper/hero who hired a private plane to rescue cancer victims from Puerto Rico after the hurricane.

Declassified Memory Fragment @ FringeArts
Baker & Tarpaga Dance Project present “a work of dance, live concert, and theater created as an open letter to life in countries — specifically Kenya, Ivory Coast, Zimbabwe — where everyday life is subjected to restrictions and cultural expectations of secrecy and privacy, even within the family.” Through October 14.

Free Speech Film Screening and Sanctuary Poets @ Marconi Plaza
The provocative Monument Lab continues with this poetry performance and screening of two documentaries — Đất Nước: on the Entanglements of Life and Death and Like We Don’t Exist — following by a discussion by the filmmakers.

Eilen Jewell @ World Cafe Live
The Boise-born singer/songwriter sets her supple, semi-smoky voice free on a number of genres. This song is surf-rock, country and blues all at once:

Musiq Soulchild/Vivian Green/Bilal @ Electric Factory
A stellar night of battle-tested Philly soul from three of the most enticing, luxurious voices in soul music.

One Year Anniversary Sample @ Good Good Comedy Theatre
The beloved Chinatown comedy theater celebrates one year of existence with a 90-minute sampler of its regular shows including Weeding Out The Stoned, Make Up Or Break Up and Dungeon Palz. While you’re there, why not stick around for Eat Your Beats, featuring Inky reporter Samantha Melamed?

The Underachievers @ The Foundry
Brooklyn psychedelic hip-hop duo (AKTHESAVIOR and Issa Gold) from the same scene as the Flatbush Zombies. This video’s NSFW and trippy:

Philadelphia Alternative Taxidermy Contest @ Ruba Club
Rearrangers of the dead compete for prizes in the earthly realm in this contest presented by The Strange and Unusual Oddities Parlor and hosted by Kristie Pagliaro Matt of Cloven Hoof Taxidermy. Judges include Beth Beverly, Adam Wallacavage, Nicole Angemi and Ryan Ashley Malarkey.

The Deli Philly’s Ninth Anniversary Bash @ PhilaMOCA
Local music site The Deli throws a party, with music by The Retinas, Them Jones and so totally.

Sonic Screemers @ Tusk
Philly rock band Sonic Screemers celebrates the release of their first album with a free show at that place above Woolly Mammoth on South Street. KeN and The Justines are also playing.

The Quiet Circus @ Washington Avenue Green
An early morning dance event down by the river. It sounds a little like a doomsday cult, right? “The Quiet Circus is a weekly performance residency created by Headlong that takes place at the Washington Avenue Pier, a complex and riveting site in South Philadelphia along the Delaware River. Performances have been accumulating here for over a year, and we are now in the midst of our final, blossoming phase.”

Chelsea Wolfe @ TLA
This singer-songwriter from Sacramento makes doomy “gothic folk” you might have heard on Game of Thrones or How to Get Away with Murder. The louder Chelsea Wolfe gets, the better. Her voice is a thing to behold.

Adi Newton @ PhilaMOCA
An evening of interesting and experimental music featuring Adi Newton (of Clock DVA, TAGC) and Void Vision. I suspect those who know about this scene will know about Adi Newton.